Aztecs football is back with a shortened 2020 season

The Aztecs kick off the season on Saturday at Dignity Health Sports Park in Carson, CA against UNLV. 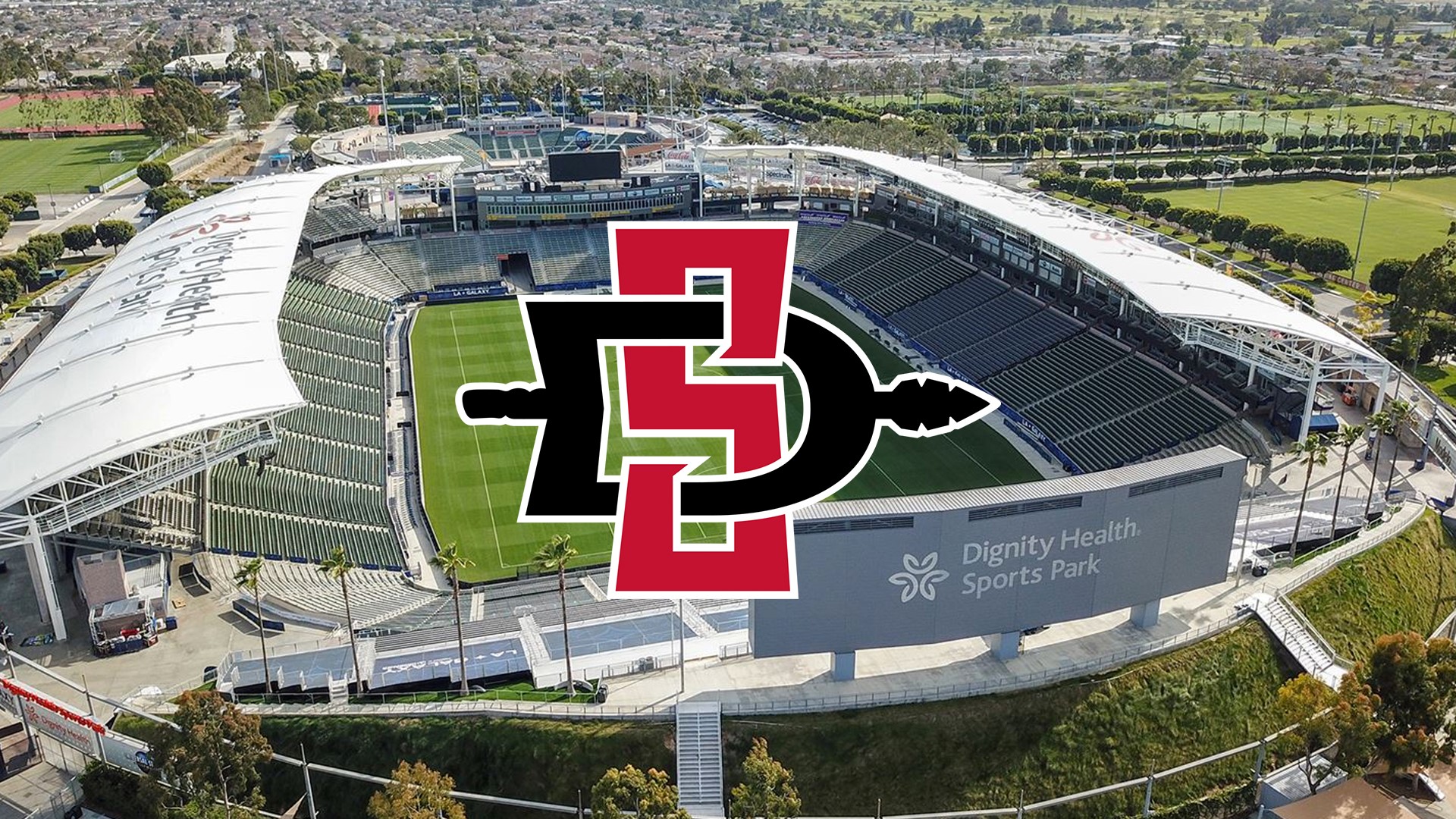 SAN DIEGO — Can you believe it? Aztecs game week is finally here!

What has been a long time in the making with many hurdles to jump over is just days away from kickoff. Back in early August the Mountain West Conference put a pause on the football season with plans to play in the spring due to the pandemic.

After some time the conference reversed their decision and announced that football would indeed be played in the fall with a shortened 8-game schedule.

The Aztecs will kick off the season on Saturday, Oct 24 at 7:30 p.m. at Dignity Health Sports Park in Carson, CA.

The Aztecs are playing their 2020 and 2021 home games at Dignity Health Sports Park in Carson, Calif., while the University builds its future stadium in Mission Valley in the footprint of SDCCU Stadium. San Diego State is scheduled to play four games this season and seven games next year in Carson, which is located 113 miles from the University's previous home stadium.

They will face UNLV to open their season with Brady Hoke returning to the sideline as the SDSU head football coach. Hoke, who served as the defensive line coach last season, was the Aztecs' head coach from 2009-10, posting a 9-4 record and a Poinsettia Bowl championship in 2010.

Last season the Aztecs finished with a 10-3 record and a dominating win at the New Mexico Bowl over Central Michigan. This season though, like so many things during the pandemic, it's unclear how it will play out or if they will even be able to finish.

For now many are just excited that the season is here!