Rocky Long is retiring after 9 years as the head of the Aztecs football program. 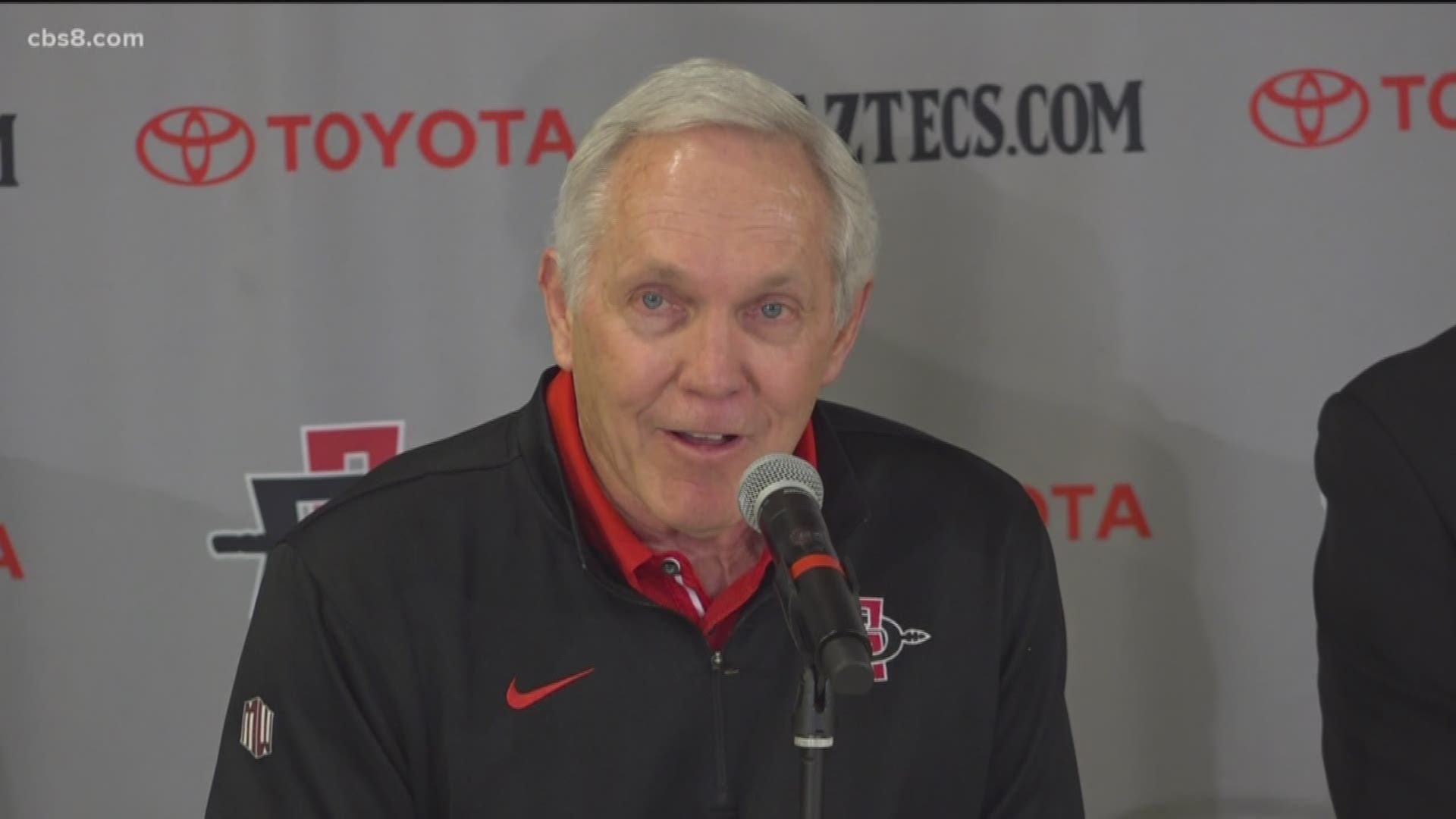 SAN DIEGO — Rocky Long announced his retirement from the position of head football coach at San Diego State at a press conference on Wednesday afternoon.

Long’s 81-38 record at San Diego State is the second winningest record at the school behind Don Coryell in 1961-1972.

Brady Hoke was the head man at the school from 2009-2010. He left the program for the head coaching job at Michigan. He most recently coached the defensive line for the Carolina Panthers.

The Aztecs recently finished a 10-3 season capped off with a 48-11 New Mexico Bowl win over Central Michigan.