The team took on Weber State for the first game of the year. 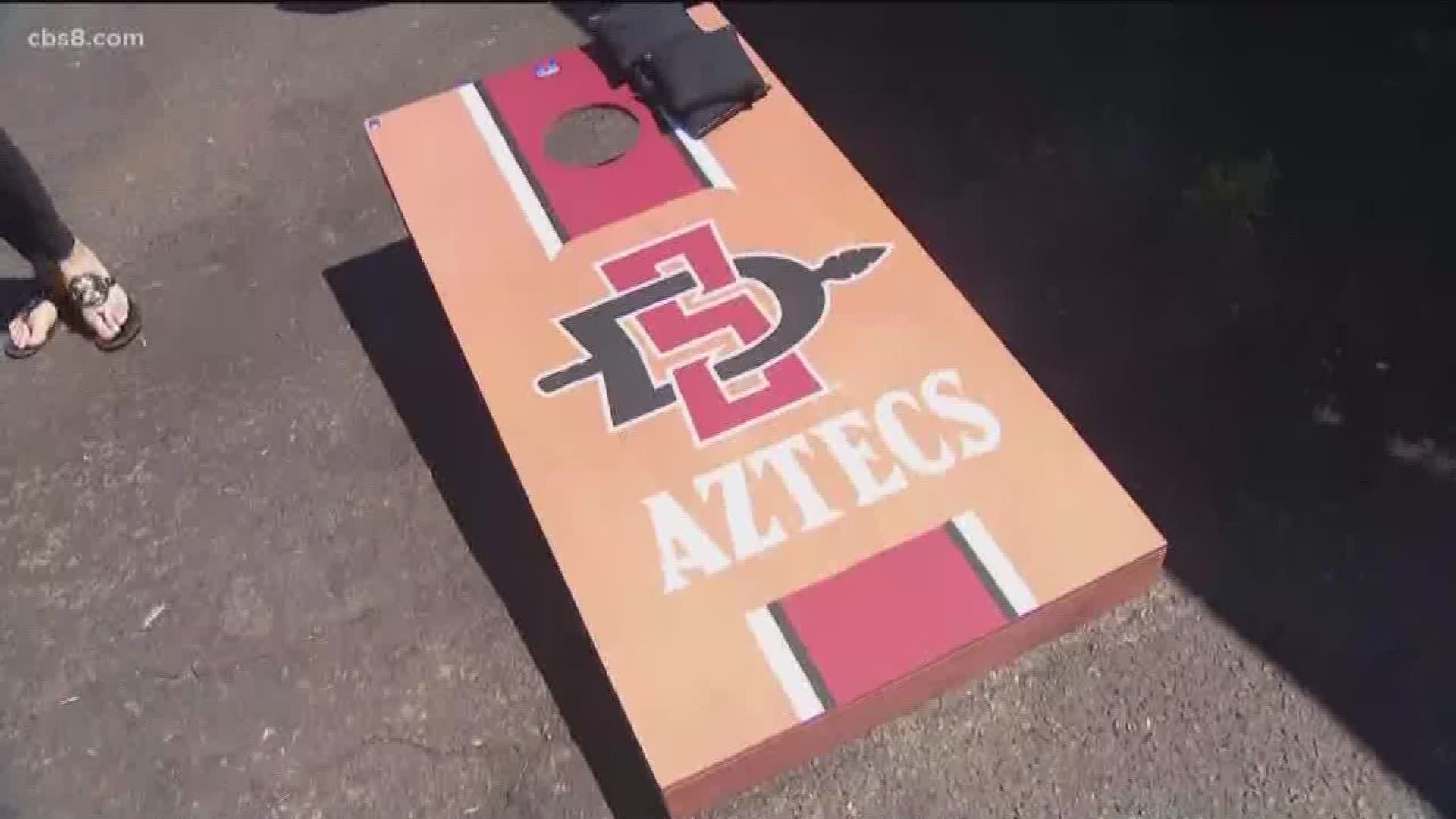 “Our defense is just so unconventional, so I’m really excited to see what we got,” said SDSU fan Donney Cummins.

Cummins leads the “Swoopin’ D” Tailgate, where there is a hired DJ and multiple tables of food.

“We’re part of the tailgate hall of game, what’s better than a tailgate? Nothing, A tailgate never loses,” Cummins says.

The Aztec takes the field at SDCCU Stadium for now, but pictures of San Diego State’s new football stadium were recently released. It’s slated to have 35,000 seats, three levels along the home sidelines, standing room only viewing areas, a large concourse for activities and a food truck zone on the north end.

“I was raised in Allied Gardens as a kid and we watched this being built, so that is when I was young, and I’m 72, so it’s been a really long time so I think it’s time,” said fan Patricia Conklin, the aunt of SDSU quarterback Carson Baker.

Mathew Moe flew in from Honolulu to see his cousin linebacker Seyddrick Lakalaka on the field.

“He’s going to do his thing, he always does so I just hope they win,” said Moe as his uncle grilled tri-tip steak Hawaiian style.

The new San Diego State stadium plans are bittersweet for some fans.

“I’m excited to have something new and shiny, but at the same time I’m a little bummed out," said one.