When finished, the stadium will hold 35,000 people. 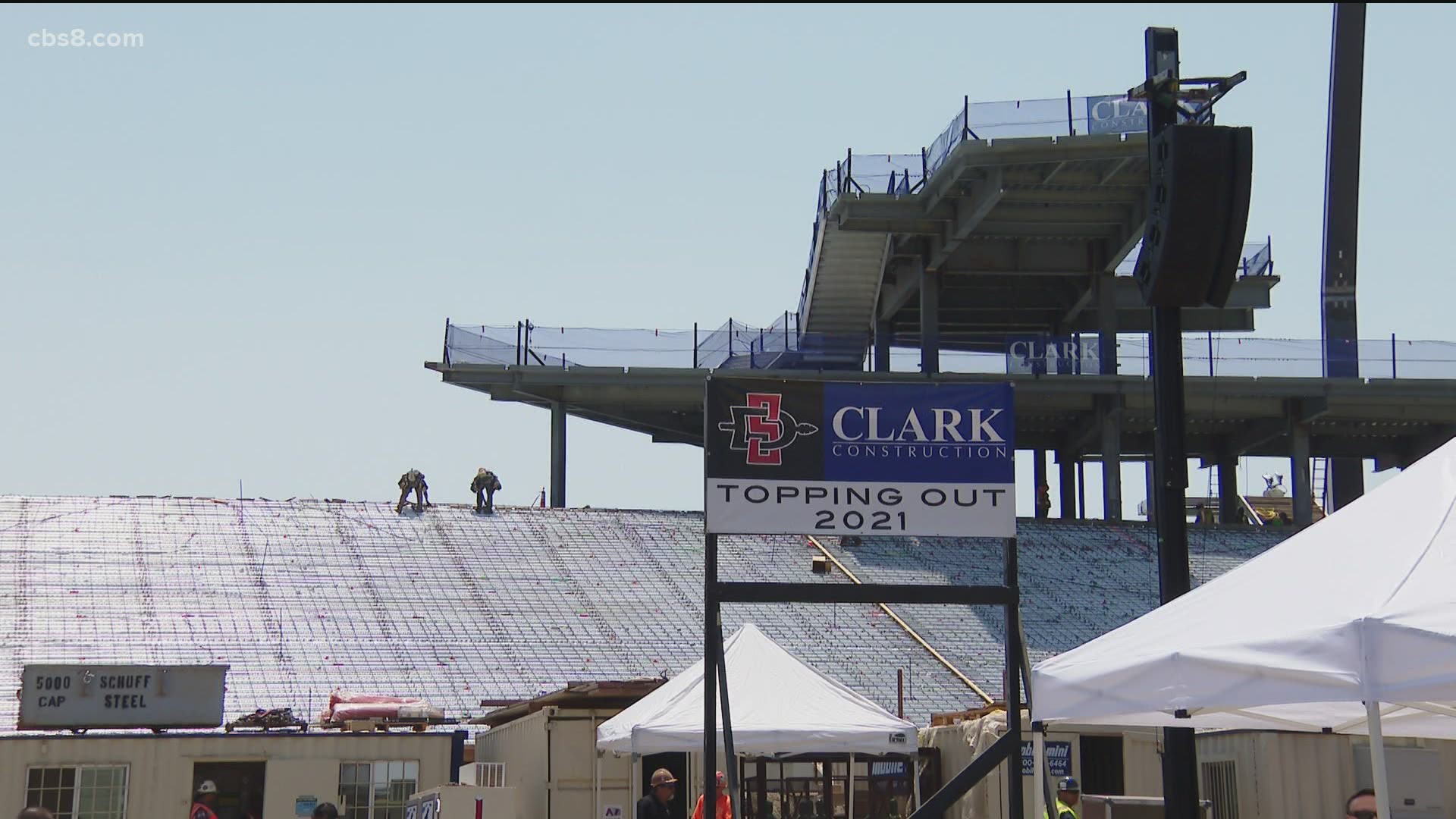 SAN DIEGO — It’s a major milestone in the building of the new Aztec Stadium in Mission Valley!

“It makes me bursting with pride to see my University stepping up and being a major player - not just in San Diego, but California and the West Coast,” said SDSU Grad Steve Doyle. “San Diego State is the place you want to be.”

With that final steel beam in place, the new stadium is actually starting to look like a stadium, which is good because the first event has already been scheduled: A San Diego State Football game against Arizona on September 3rd, 2022.

So far, 2,500 construction workers have had a hand in the project... and another 3,500 will be added to complete the stadium.

When finished, the stadium will hold 35,000 people.

“The intimacy of the seating bowl will easily make this the best venue in the region to watch football, soccer, concerts and, yes, even tractor pulls,” said John David Wicker, SDSU’s Director of Athletics.

While today's event was all about celebrating the new stadium, Mayor Todd Gloria made it clear this project is a lot bigger than that… with plans for university research facilities, housing, hotels, and a huge river park that all San Diegans can enjoy.

“San Diego, I believe, should think big and it should think bold,” Mayor Gloria said. “This project, this stadium project, the eventual expansion of SDSU's campus, that's big. That's bold. It's exciting. It's the kind of stuff the 8th largest city in the country should be doing.”

The project's economic impact is expected to top $3 billion, allow for an increase in enrollment at San Diego State and provide 17,000 jobs annually.

As for what's next at the stadium, officials say the seats will start going in, along with the building of concession stands and suites. “This is as cool as it gets,” said SDSU Grad Kit Sickels. “It is spectacular. It is more wonderful and beautiful than I expected... and I expected a lot!”