No. 5 San Diego State shakes off Air Force, will face Boise State next

SDSU will play the Boise State Broncos in the semifinals on Friday at 6 p.m. 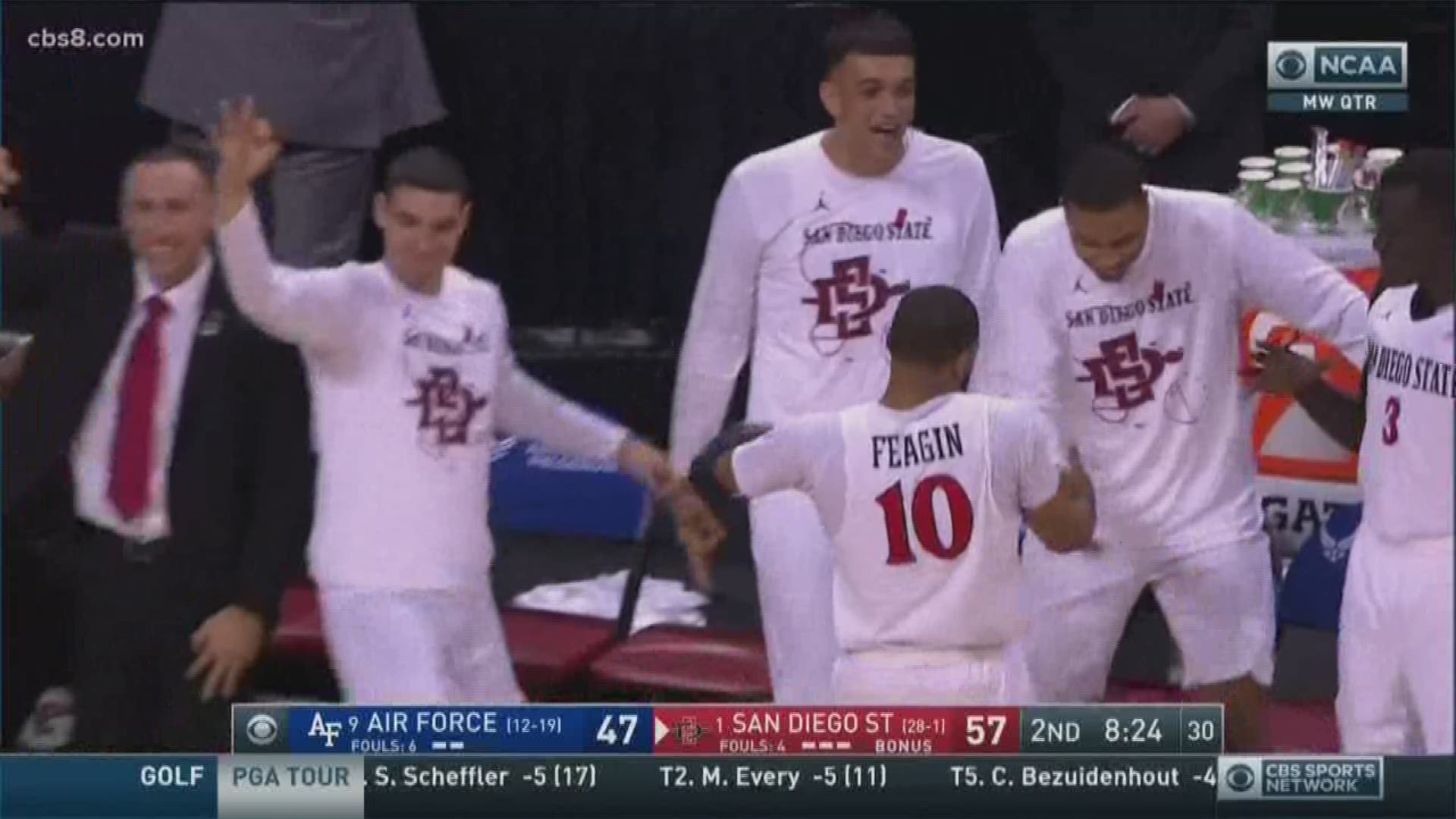 LAS VEGAS — Jordan Schakel scored 14 of his 17 points in the second half as No. 5 San Diego State rallied for a 73-60 win over Air Force in the quarterfinals of the Mountain West Conference tournament on Thursday.

Schakel hit four 3-pointers in the second half for the top-seeded Aztecs, who rode a 21-3 run to their 13th consecutive quarterfinal victory. Yanni Wetzell and Malachi Flynn had 16 points each for San Diego State.

After surviving the scare from Air Force, SDSU will play the Boise State Broncos in the semifinals on Friday at 6 p.m.