A week after taking home the Mountain West Conference Golf tournament trophy, Puwit Anupansuebsai was named to the International team for the second time. 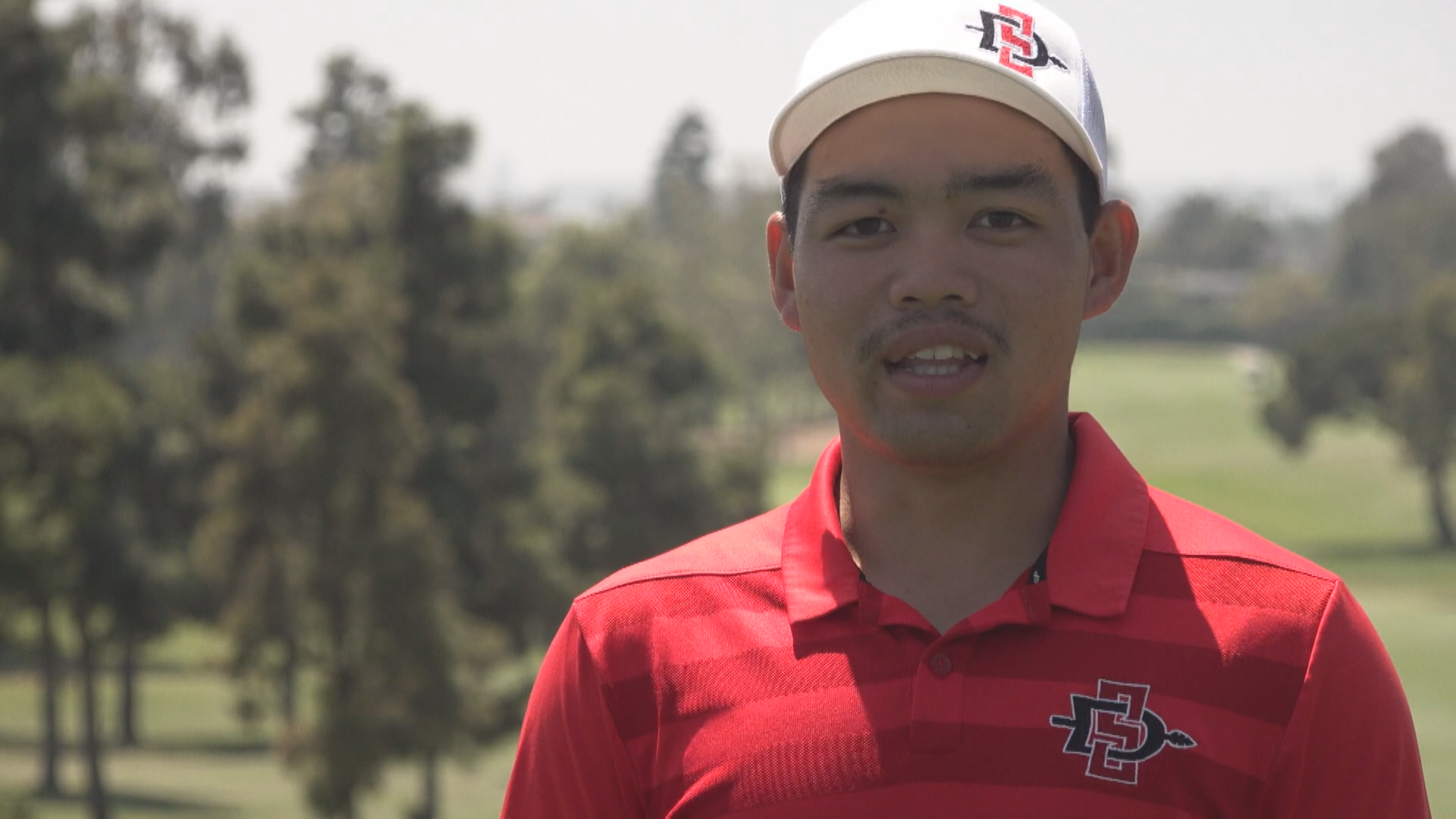 SAN DIEGO — It’s official. The Aztecs have themselves one heck of a golfer.

During last week's Mountain West Conference Golf Tournament, Puwit Anupansuebsai shot a 6-under-par 66 in the final round to join a four-man playoff at 7-under 209. He then birdied the second playoff hole to capture SDSU’s first MW Championship in 20 years!

Over the last three tournaments of the season, Anupansuebsai has finished tied for second (Wyoming Cowboy Classic), tied for first (lost in a playoff at Western Intercollegiate) and first (won playoff at MW Championship). He leads San Diego State with a 71.05 scoring average and rounds in the 60s and rounds below par!

Anupansuebsai is the third Aztec to be named to an Arnold Palmer Cup team, joining Aaron Goldberg and Nahum Mendoza III, who represented the United States in 2008 and 2016, respectively.

The Arnold Palmer Cup was established in 1997 and originally featured the top eight collegiate golfers from the United States against Great Britain and Ireland. Following the 2002 tournament, the American opponent was enlarged to include all European players, while roster size for both sides was increased to 10 competitors in 2013. In 2018, the Arnold Palmer Cup was expanded once again to include United States men’s and women’s teams against collegiate golfers from around the world.

Watch: SDSU Aztec hoping to be selected in NFL draft