Typically, a conference championship banner is raised at the beginning of the next season, but the team wanted to honor the seniors. 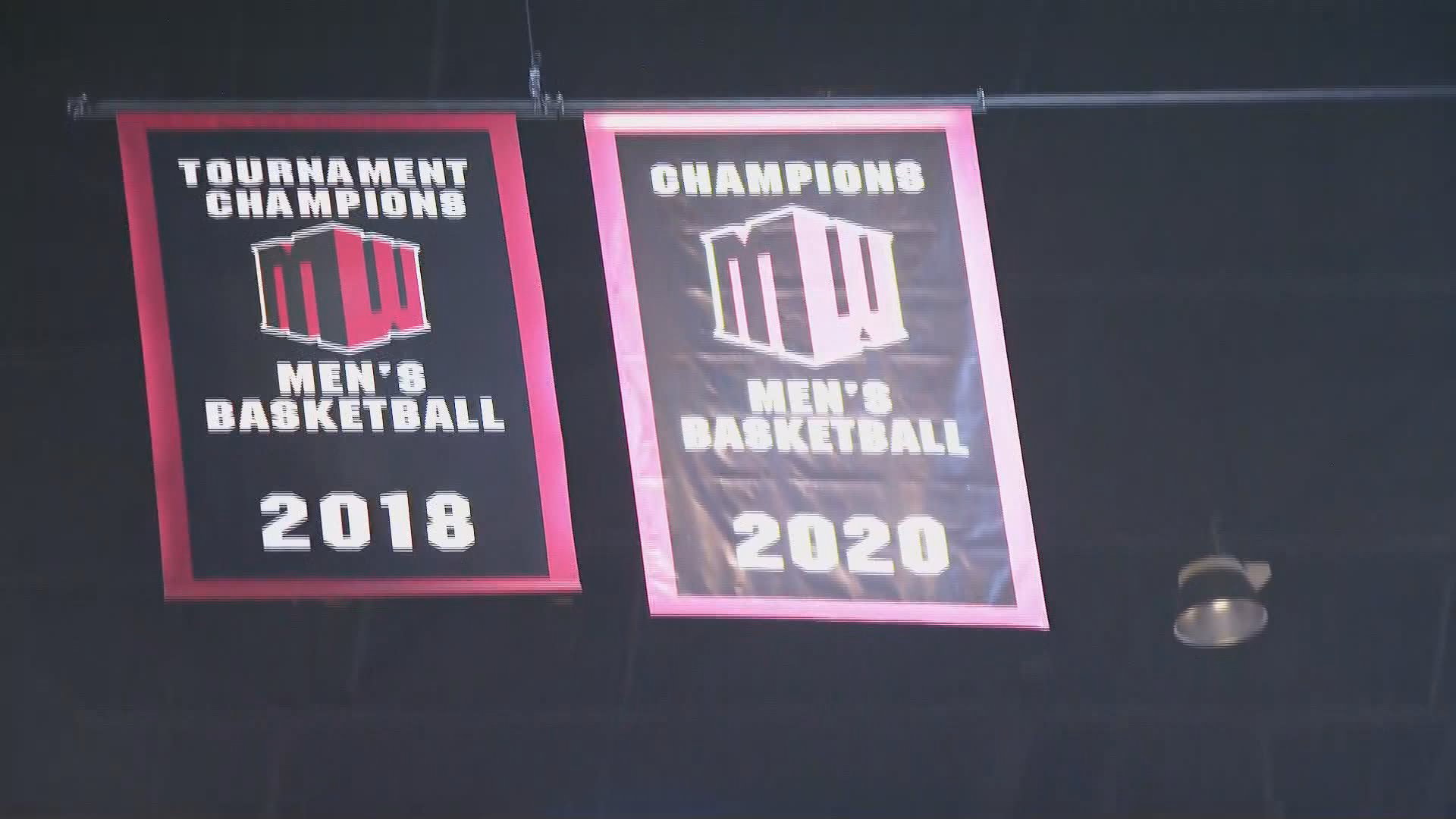 The team also honored senior Matt Mitchell for his 1,000 points scored as a member of the Aztecs.

The team has three games left before the conference tournament. After Saturday the team hosts Colorado State on Tuesday then finishes the season on the road in Reno against the University of Nevada next Saturday.