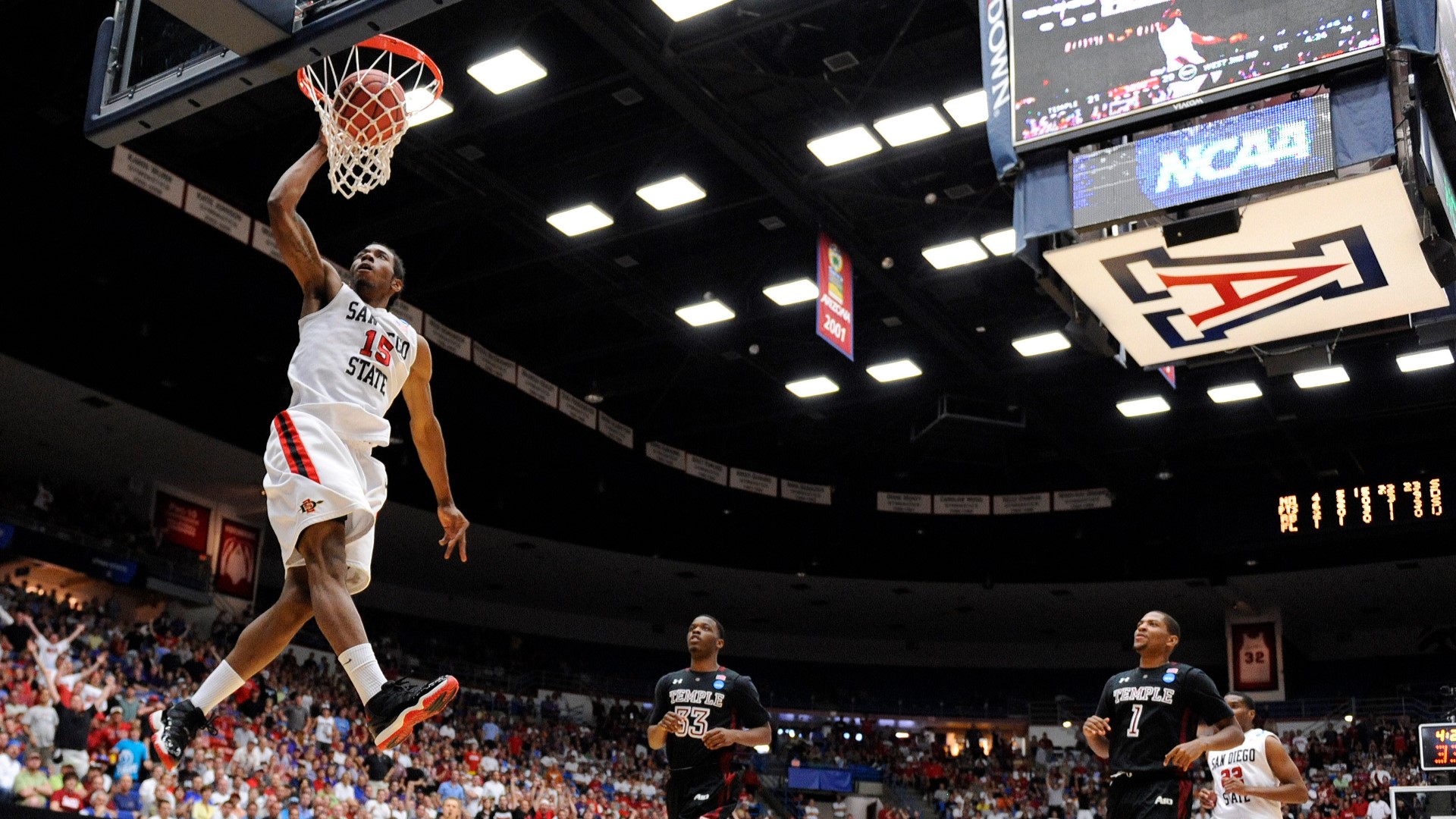 SAN DIEGO — San Diego State will retire the jersey of Kawhi Leonard at Saturday's game against Utah State at Viejas Arena, making him the first player in program history to receive the honor.

Leonard is set to attend the sold-out game, as is Steve Fisher, who coached the Aztecs during the 6-foot-7 forward's two seasons with the team.

Leonard, who wore No. 15, is among three players in San Diego State history to average a double-double for his career.

Leonard is third on the Aztecs' all-time rebounding list, averaging 10.2 per game, and 24th in scoring, averaging 14.14 points per game.

When Leonard signed with San Diego State out of Riverside's Martin Luther King High School on Nov. 12, 2008, Rivals.com rated him a four-star player out of a maximum of five, the 14th-best small forward in America and the 76th-best player at any position. According to Scout.com, he was the 25th-best small forward.

"He is the kind of player that every coach loves to have," Fisher said at the time.

In his final college season, 2010-11, Leonard led the Aztecs to 20 consecutive victories and a 20-0 start -- school records that were broken Sunday -- and a berth in the Sweet 16, where they lost to eventual national champion Connecticut. San Diego State had never won an NCAA Division I tournament game before that season.

Leonard was a second-team All-American selection by The Associated Press for the 2010-11 season and a first-team All-Mountain West Conference selection. He was the MWC Freshman of the Year for the 2009-10 season.

Leonard opted to make himself eligible for the NBA draft following his sophomore season. He was selected by the Indiana Pacers with the 15th choice in the 2011 and was dealt to the San Antonio Spurs in a draft-day trade.

He led the Spurs to the 2014 NBA championship and the Toronto Raptors to the 2019 title and was selected as the NBA Finals MVP both times.

Credit: AP
FILE- In this March 12, 2011, file photo, San Diego State's Kawhi Leonard gestures after hitting a 3-point basket during the first half of an NCAA college basketball championship game against BYU in the Mountain West Conference tournament in Las Vegas. Nine years after Leonard helped lead San Diego State to national prominence, the Aztecs will honor the greatest player in program history by hoisting his No. 15 jersey into the rafters at Viejas Arena, high above Steve Fisher Court on Saturday, Feb. 1, 2020. ((AP Photo/Julie Jacobson, File)