School spirit up while SDSU basketball on the rise

With their 20th consecutive win of the season, the undefeated San Diego State Aztecs men's basketball team has pumped students up. 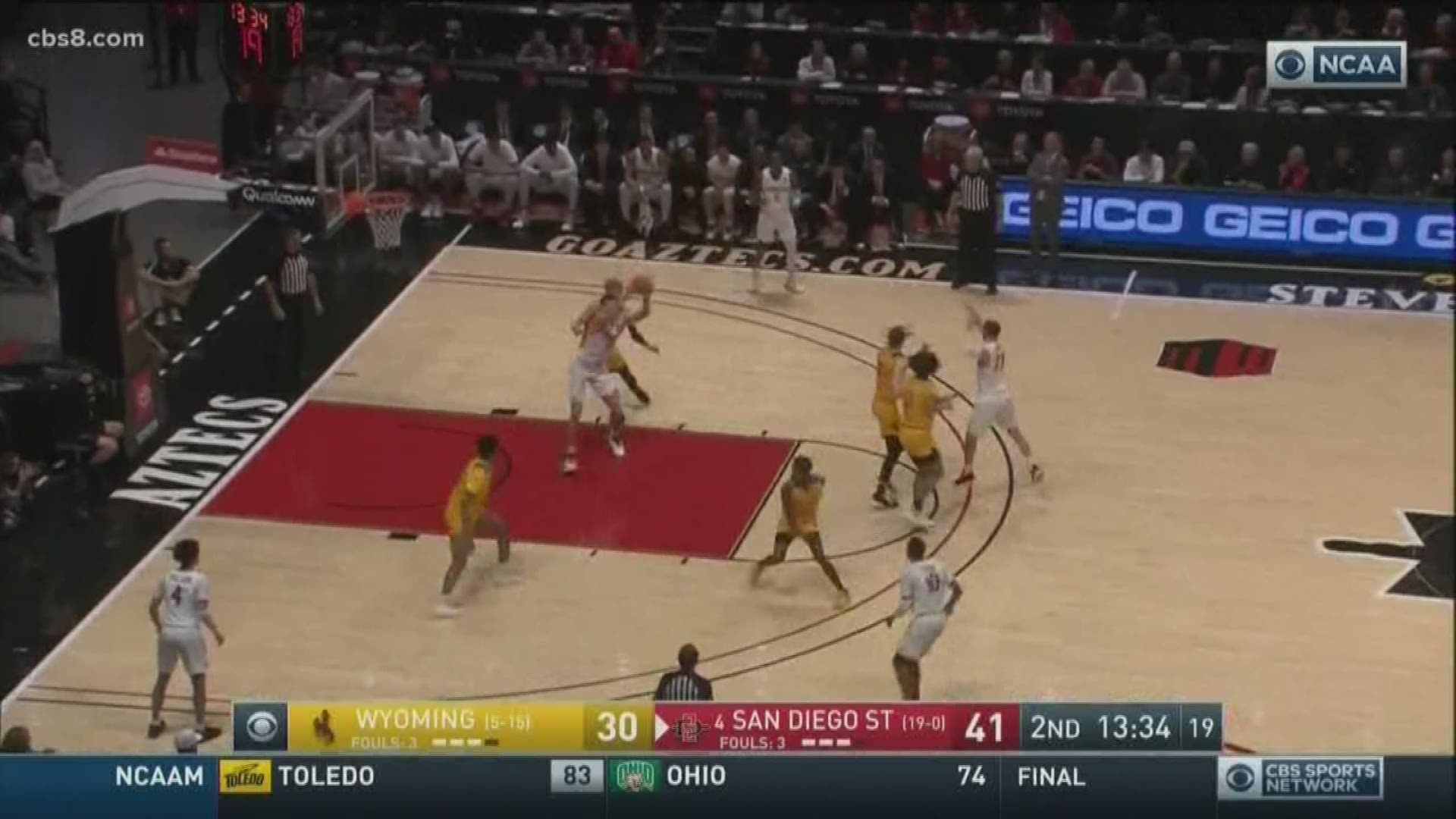 SAN DIEGO — Blowing out the Wyoming Cowboys 72-55 Tuesday night in Viejas Arena, the San Diego State Aztecs improved their record to 20-0 and remain the only undefeated team in the nation.

"There was a lot of school spirit, the stadium was packed," said freshman Malia Capen.

On the first day back from winter break SDSU students returned with their heads held high on Wednesday.

"I feel like people are annoyed with us now because every single time we win, we're like 'Aztecs baby!'" said Capen.

"Some of my friends' schools aren't even on the list. It's just really nice to have that," said freshman Thannie Graff.

"Campus is just alive right now," said Edwards. "Even against Wyoming it was a packed house. Everyone was there super early and everyone is super excited to see the run we can put on this year."

"I was showing everyone the ranking," said Waxdeck. "Because we haven't been a sports school since Kawhi."

Speaking of Kawhi Leonard - arguably the greatest basketball talent that SDSU has produced - he will make his triumphant return to Viejas Arena next home game on Feb. 1 for his number to be retired.

"Def gotta get tickets for that," says Waxdeck. "It's been tough getting student tickets. They've been selling out even over break."

The Aztecs will hope to extend their streak when they play in Las Vegas against UNLV on Sunday.