The program currently consists of just track and field and tennis but there are plans to expand to basketball, volleyball, rock climbing and water sports. 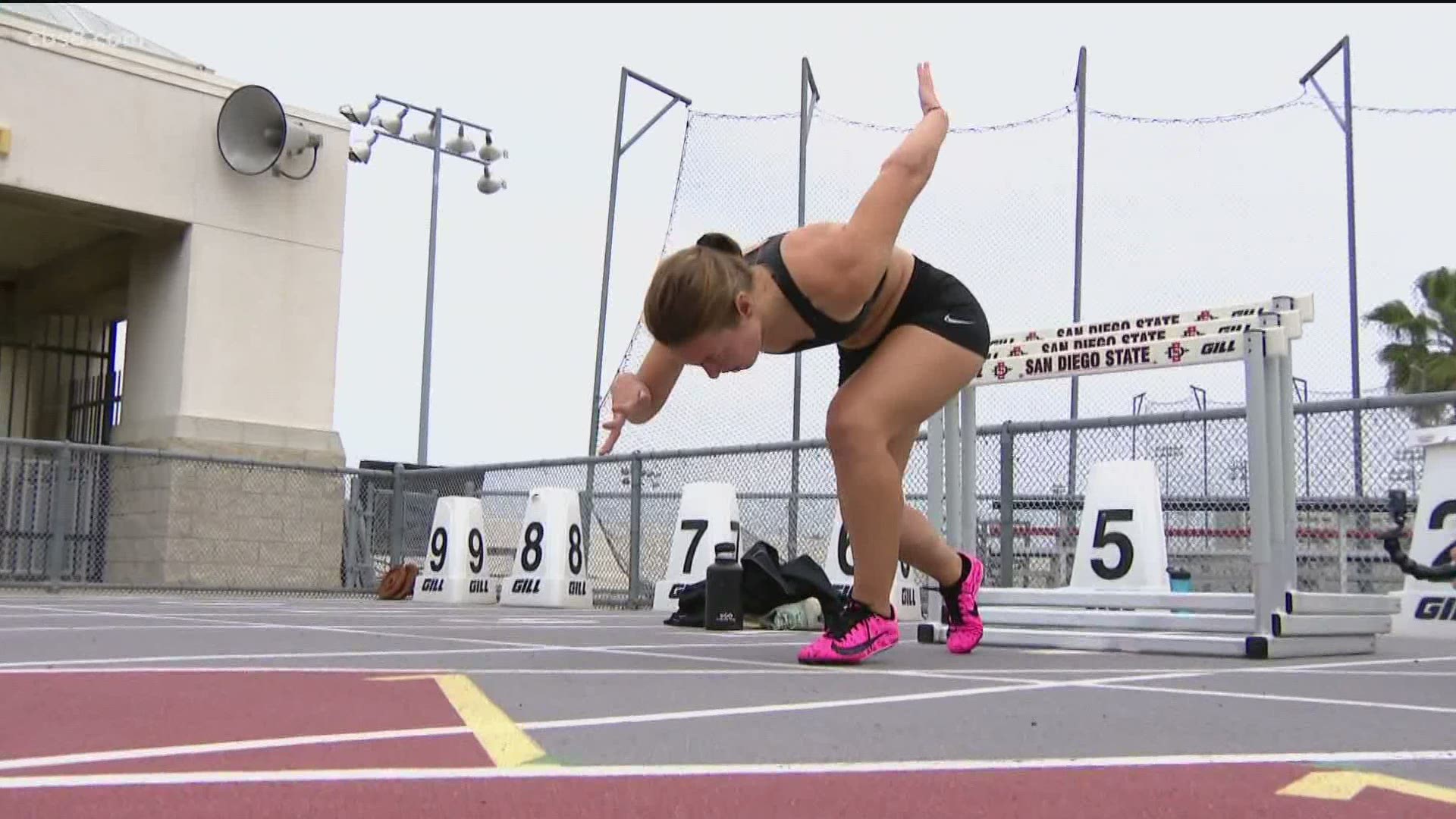 SAN DIEGO — The adapted athletics program at San Diego State is only in its 3rd year, but it is helping the challenged athletes pursue their dreams.

“That’s what the San Diego State adaptive sports program is all about,” sprints coach Isaac Jean Paul said. “Giving that opportunity for athletes with disabilities to compete at the highest level.”

Sprinter Michelle Cross is in her 3rd year and was the program’s first student-athlete. Jean Paul says she has an excellent chance to qualify for the paralympics in Tokyo this summer. “Oh, man. The sky's the limit,” Jean Paul said. “She can do everything and anything if she puts her mind to it.”

“You are the only person to say what you can or can't do,” Michelle said. “ You can't listen to anyone else. I know if you put your mind to it, you can do it. Don't sell yourself short.”

Coach Jean Paul is still competing himself. He is visually impaired and holds a Paralympian world record, having cleared 7 feet in the high jump. Manuel Gomez played all kinds of sports until the age of 15 when he suffered a back injury. The surgery didn't go as planned, and he lost the use of his legs. Gomez has been playing wheelchair tennis for just two years. His goal is to play at the national level.

“I’m very thankful to be part of the program,” Gomez said. “I didn't want to play any sports after my injury. I didn't want to do anything. Once you're out there you meet people with the same disability, and think 'hey, i'm not the only one here’.”

The program currently consists of just track and field and tennis but there are plans to expand to basketball, volleyball, rock climbing and water sports. The program is not sanctioned by the NCAA and it is funded through the Associated Student Body.