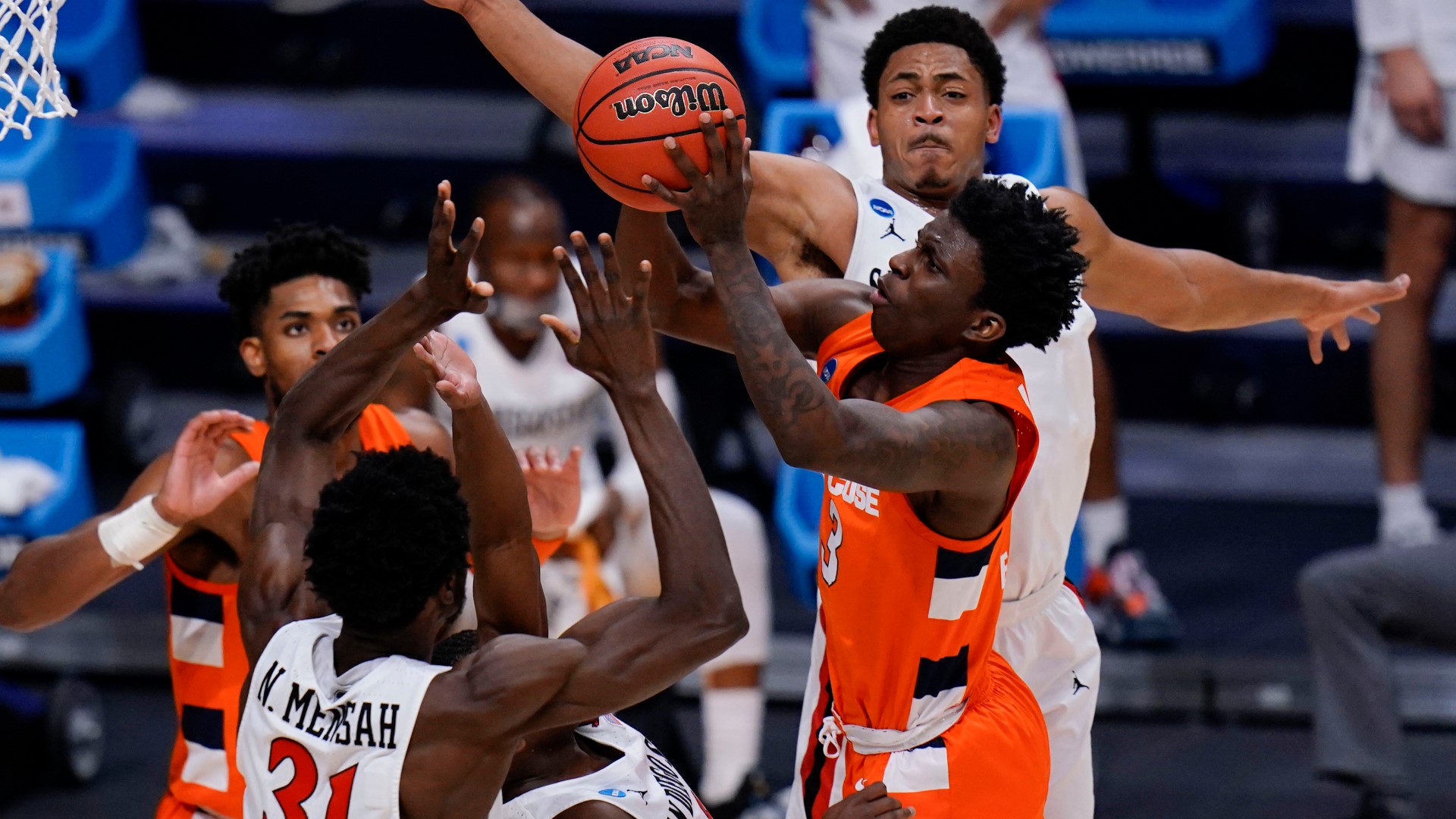 INDIANAPOLIS — No. 11 seed Syracuse held sixth-seeded San Diego State without a field goal for nearly a quarter of the game and sweet-shooting Buddy Boeheim hit seven 3-pointers and finished with 30 points as the Orange cruised to a 78-62 victory and into the second round of the NCAA Tournament.

Marek Dolezaj added 11 points as Syracuse moved on to play third-seeded West Virginia or No. 14 seed Morehead State. Jordan Schakel had 17 points for the Aztecs but the nation’s third-best 3-point shooter was just 5 of 13 from beyond the arc. Matt Mitchell also had 17 points on 8-of-19 shooting.

BOTTOM LINE: Syracuse is taking on San Diego State in the first round of the NCAA Tournament. San Diego State beat Utah State by 11 points in Las Vegas on Saturday, while Syracuse came up short in a 72-69 game to Virginia last week.

ACCURATE ALAN: Griffin has connected on 37.2 percent of the 148 3-pointers he's attempted and has made 8 of 17 over the last three games. He's also made 89.3 percent of his foul shots this season.

WINNING WHEN: San Diego State is a perfect 19-0 when it scores at least 68 points. The Aztecs are 4-4 when scoring any fewer than that.

STINGY STATE: San Diego State has held opposing teams to 60.6 points per game this year, the eighth-lowest figure among all Division I teams.

This was generated by Automated Insights, http://www.automatedinsights.com/ap, using data from STATS LLC, https://www.stats.com