The Aztecs will play their first game against Syracuse on Friday at 6:40 p.m. PT in Indianapolis airing on CBS. 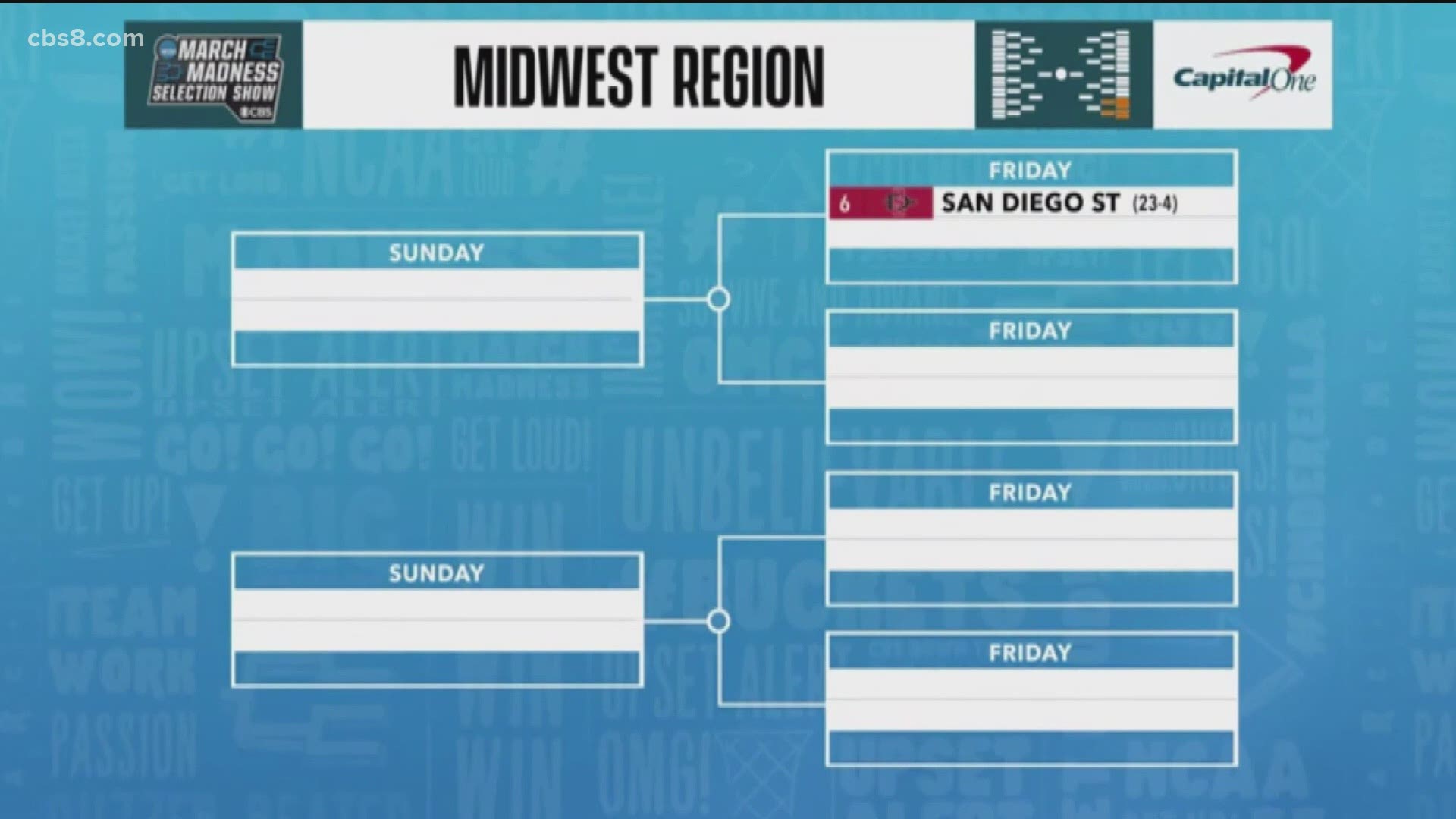 INDIANAPOLIS — The Aztecs knew they were automatically in the tournament after beating Utah State on Saturday but now they also know who they will be playing.

The SDSU Aztecs will be a #6 seed in the Midwest region playing #11 Syracuse in their first game on Friday, March 19 at 6:40 p.m. in Indianapolis.

The game will air on CBS 8 and will have Jim Nantz, Bill Raftery, Grant Hill, and Tracy Wolfson calling the game.

Let everyone you know that you're busy:

Matt Mitchell scored 14 points to lead No. 19 San Diego State to a 68-57 victory over Utah State in the Mountain West Tournament championship game.

The Aggies had beaten San Diego State in each of the last two tournament championship games. The Aztecs, who also won the regular-season championship, had lost six of their previous seven title game appearances.

With the league’s automatic bid, the Aztecs return to the NCAA Tournament for the first time since 2018. It marked just the fifth time the No. 1 seed won the title in 22 years.

We are the champions. pic.twitter.com/IgIW2eZELh