The project, which has been in the works legally since San Diego voters approved Measure G in November 2018, closed escrow on Thursday. 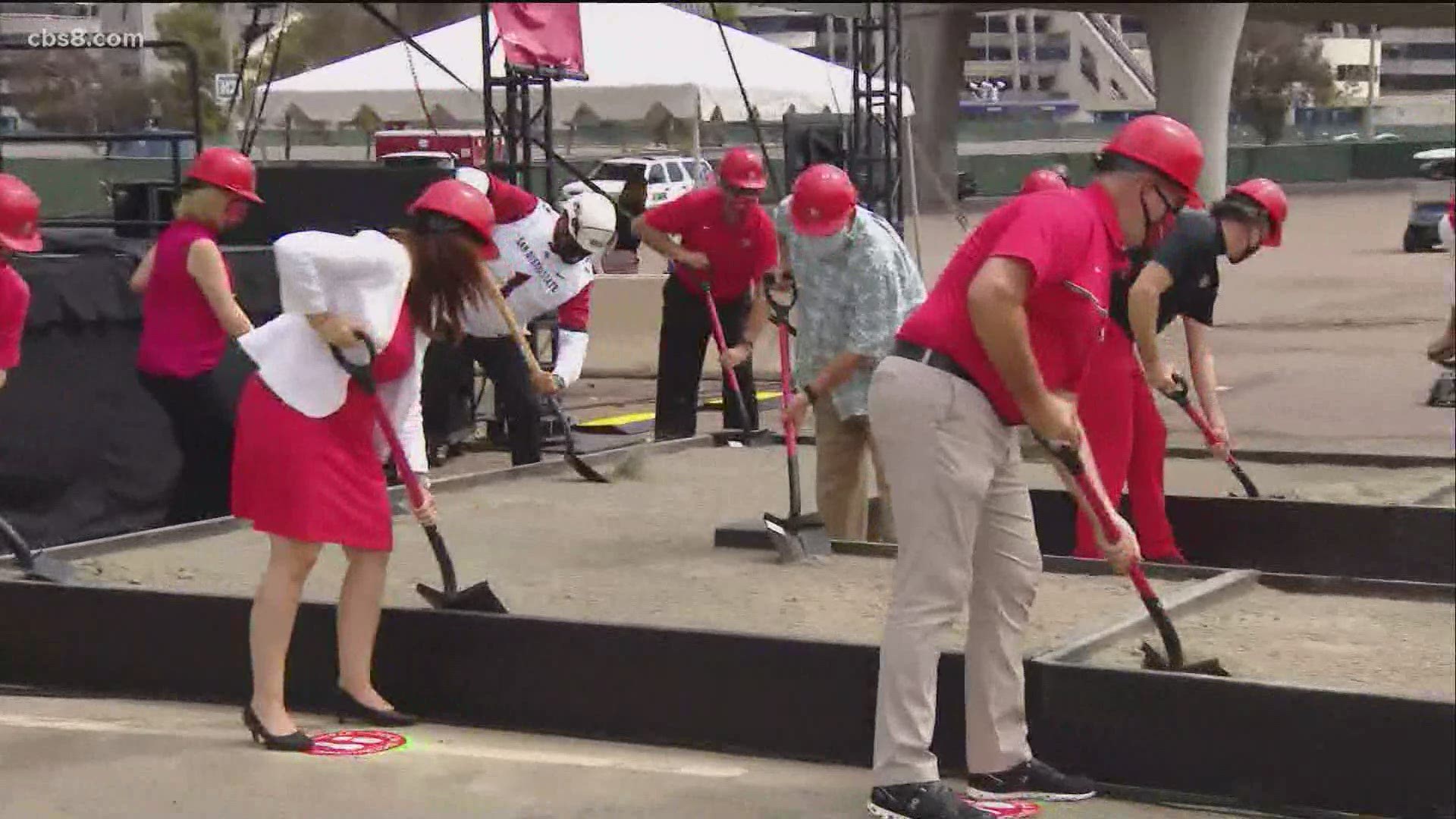 The project, which has been in the works legally since San Diego voters approved Measure G in November 2018, closed escrow on Thursday. The groundbreaking event was limited in scope due to the COVID-19 pandemic.

"This is not the groundbreaking ceremony we had imagined prior to the onset of COVID-19," said a statement from the university. "Instead, out of an abundance of caution, speakers and invited guests are being limited to a smaller group, and we are strictly following public health protocol to ensure full compliance with the County of San Diego public health guidelines."

Upon breaking ground, one of the first major construction projects to undergo development, in addition to the River Park, will be the highly anticipated Aztec Stadium, which is scheduled for completion in Fall 2022.

“Today marks a milestone moment for San Diego State University and the City of San Diego,” said SDSU President Adela de la Torre. “With today’s groundbreaking, we begin the work to expand SDSU’s educational, research, and entrepreneurial missions. SDSU Mission Valley also addresses the realities of the past few months and the need for new streams of revenue to support higher education opportunities for all.”

The San Diego City Council voted unanimously to approve a sale agreement for the city-owned Mission Valley stadium property to SDSU for $86.2 million in late May, bringing more than a year of negotiations nearly to a close.

The university's plan for the SDSU Mission Valley campus includes a 35,000-capacity stadium and innovation district to support SDSU's education, research, entrepreneurial, technology and athletics programs, as well as 86 acres of parks, recreation and open space, approximately 4,600 market-rate and affordable residences, 400 hotel rooms, 95,000 square feet of retail space and enhanced use of the MTS Green Line Stadium trolley station and accommodation of the planned Purple Line.

"We have reached a pivotal milestone moment. SDSU Mission Valley will be a true revitalization of public land in all aspects of the plan," SDSU President Adela de la Torre said. "We are thrilled to take this critical next step toward closing the sale and creating generational opportunities for all San Diegans."

SDSU Mission Valley is set to provide educational opportunities for up to 15,000 additional students and expand the university's economic impact by an estimated $3 billion per year.

Due to the coronavirus (COVID-19) pandemic, and as the stadium site is now an active construction site, this event was not open to the general public. The entire event can be watched via the Facebook Live stream here or below: