Tickets for each round of the tournament in Indiana will become available on separate days, and capacity is capped at 25 percent. 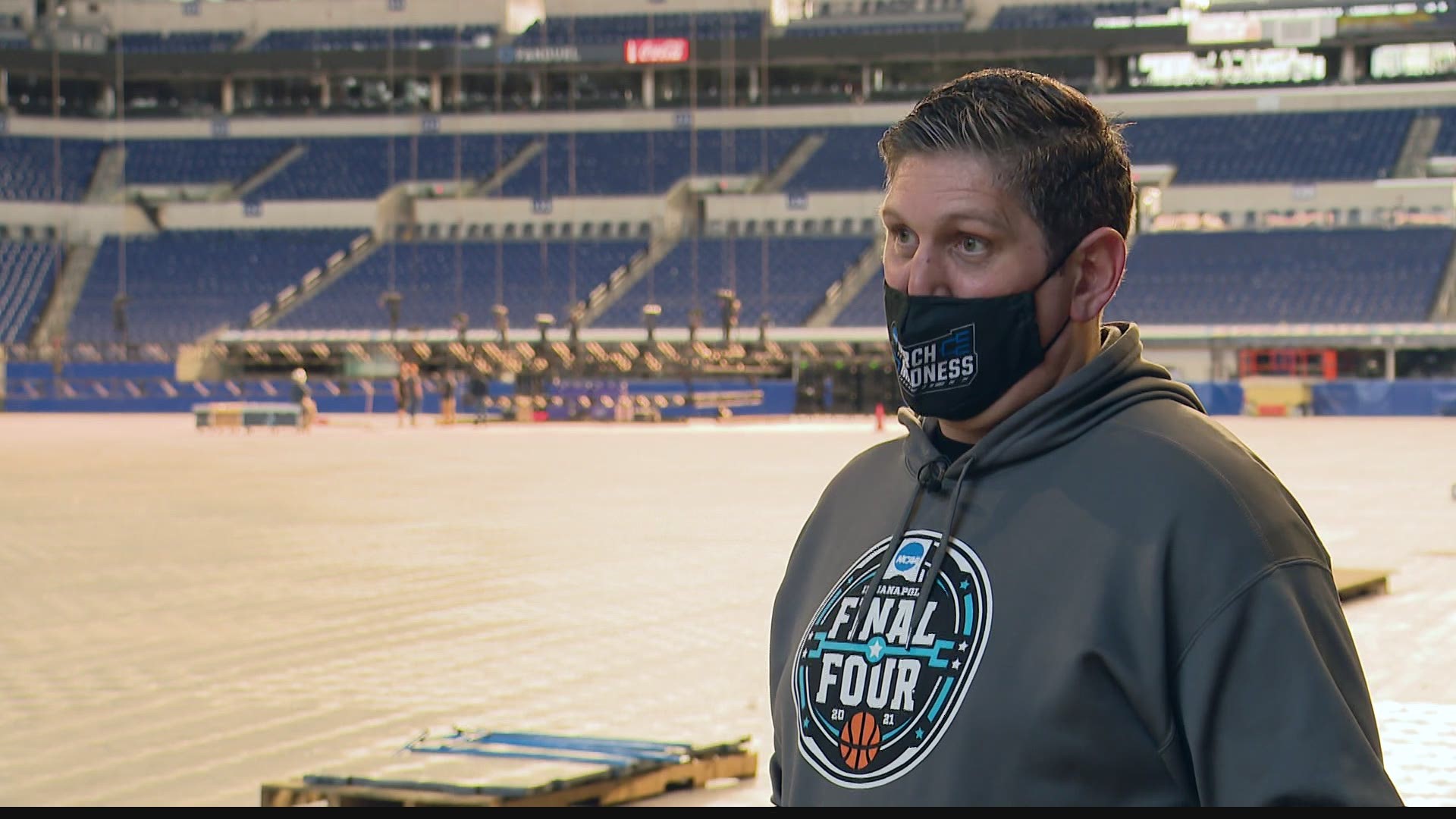 INDIANAPOLIS — NOTE: The above video is from a previous story on the fan capacity that will be allowed at tournament games.

March Madness tickets for the 2021 Division I Men's Basketball Championship begin to go on sale Thursday. The tournament will allow up to 25 percent capacity with physical distancing at the games.

Tickets for each round of the tournament will become available on separate days, with the schedule operating as follows:

Attendance at each game will depend on the size of the venue. That 25 percent capacity is for all rounds and the Final Four, and it includes all participants, essential staff and family members of each participating team’s student-athletes and coaches, and a reduced number of fans.

You can get more information here, including a link to register and be notified if tickets are made available.

The Division I Men's Basketball Championship will tip off with First Four games Thursday, March 18. The entire tournament will be in Indiana, with 55 of the 67 games taking place in Indianapolis.

The four venues in Indianapolis will serve as sites for the remainder of the championship, including second-round games Sunday and Monday, March 21 and 22, according to the NCAA.

Specific game times have not yet been announced, but viewers can expect games in typical broadcast windows, with first- and second-round games on TBS, CBS, TNT and truTV.

The Sweet 16 will be played at Bankers Life Fieldhouse and Hinkle Fieldhouse on Saturday and Sunday, March 27 and 28, with each of the eight games getting its own television window.

The Elite Eight games will take place in prime time Monday and Tuesday, March 29 and 30, and the Final Four is scheduled for Saturday and Monday, April 3 and 5. All those games will be played at Lucas Oil Stadium.

RELATED: Contingency plan released for teams withdrawing from tournament due to COVID-19 issues

The other First Four games will feature the last four at-large teams on the committee's final seed list playing one another. The four winning teams advance to first-round games taking place March 20.

The venues will undergo thorough cleaning and disinfecting during the tournament.

Safety and health measures include testing, face coverings, physical distancing and contact tracing requirements before teams arrive and throughout their stay in the tournament.

Here's a complete list of stadium health and safety procedures that were announced earlier for the Big Ten tournament:

Lucas Oil Stadium has instituted numerous health and safety procedures for all events at the stadium, including requirements for fans and stadium employees on game days. These procedures were designed to meet local and CDC guidelines to help limit the spread of COVID-19.