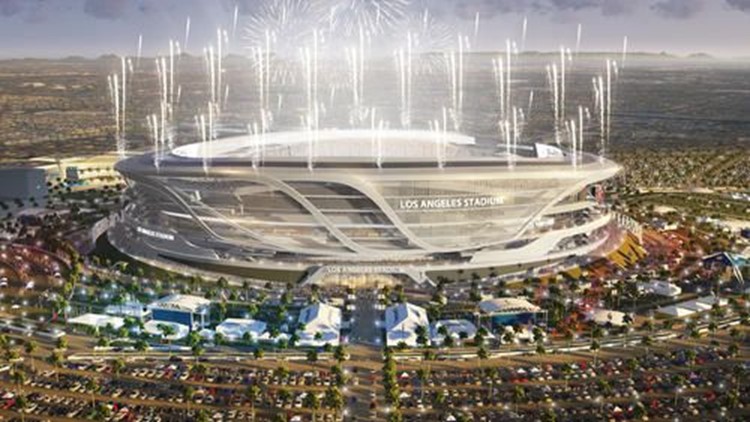 SAN DIEGO (AP) — The NFL's point man on Los Angeles said he has decided that officials from San Diego and St. Louis who are trying to keep their NFL teams won't make presentations on their stadium plans at the owners meeting next month.

Eric Grubman said Tuesday that after talking to owners, he felt the Committee on Los Angeles Opportunities would want to speak to the presenters in some detail and the owners might benefit from a back-and-forth discussion about the potential projects.

"That kind of dialogue usually doesn't happen at league meetings when there are outside presenters, and particularly when we have a full agenda," Grubman said.

Grubman said it's likely the NFL will be talking to the cities directly during the next several weeks.

"We communicated our thinking to both cities," he said.

"To better allow for an in-depth presentation, the NFL is looking at having hometown cities present to a smaller setting of team owners ... to update them on San Diego's progress and commitment to keeping the Chargers in San Diego," Awbrey said.

Awbrey said the city and county team "continue to have regular discussions and a positive dialogue with NFL officials."

St. Louis Rams owner Stan Kroenke has proposed a $2 billion stadium in the Los Angeles suburb of Inglewood. In response, the San Diego Chargers and Oakland Raiders — normally bitter rivals in the AFC West — have proposed to a $1.7 billion stadium in Carson.

The Chargers walked away from negotiations with the city and county in mid-June, saying they felt an accelerated environmental impact report wouldn't withstand legal challenges.

The Chargers and the city had to strike a stadium deal by last Friday to allow enough time for a measure to be put to voters on a Jan. 12 ballot. Faulconer wanted an election before an anticipated decision by league owners, potentially early next year, on whether to return a team or teams to Los Angeles after a two-decade absence.

San Diego officials unveiled a financing plan for a $1.1 billion stadium in August. The Chargers, who want at least a 60 percent public contribution, immediately trashed the plan, mostly because of the accelerated EIR. The team has criticized Faulconer since January, when he appointed an advisory group to make site and financing recommendations for a replacement for aging Qualcomm Stadium.

The Chargers have said 25 percent of their fan base comes from Los Angeles and Orange counties, and allowing another team or teams to move to the Los Angeles area would put them at an economic disadvantage.

In St. Louis, state leaders are working to either prevent the Rams from moving west or lure another team to the city in its place.

"The delay has no bearing whatsoever on our approach. Our excellent progress continues. St. Louis will be ready when the time comes," Peacock said.

The Rams, Raiders and Chargers shared Southern California from 1982-1994. The Rams then bolted for St. Louis and the Raiders moved back to Oakland. The Chargers began play in Los Angeles in 1960 before moving to San Diego.