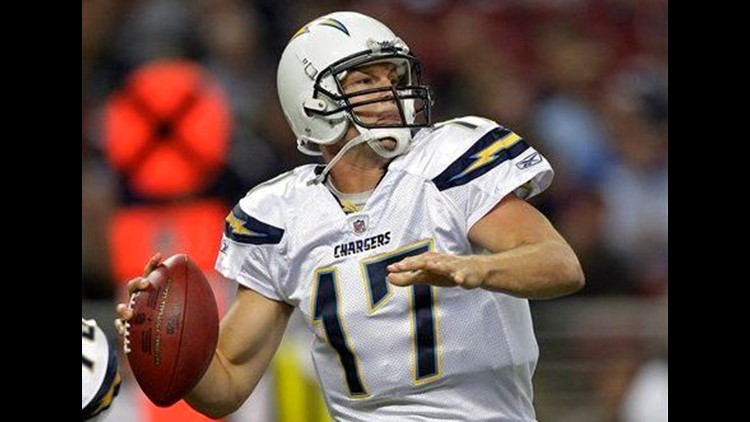 Watch the San Diego Chargers take on the Arizona Cardinals this Saturday on CBS 8 starting at 7 p.m.

"I guess it is good and it is tough for me — I hate watching," Rivers said. "But it was good. You usually get one or so every training camp. We kind of mapped out and picked this day. I fought it for as long as I could."

The Chargers have been decimated by injuries this summer, and the sight of Rivers donning a baseball cap instead of a helmet during drills came with an unsettling feeling.

Rivers will lead the offense on Saturday night when the Chargers visit Arizona.

What's not as clear is how long Rivers will be under center. He played in just three series in last week's loss at Chicago.

The third exhibition game is the one when starters usually play longer.

The secretive McCoy is refusing to divulge how long his starters will play.

"I will let you know Saturday," McCoy said. "You guys asked me a couple of times but it is more of a gut feel of how we are doing, how things are going, what's the situation of the game.

"I don't want to say it's a half, it's this or that. I will have a gut feel on Saturday night of saying, 'Hey this is where I think we want to pull these players.'"

Rivers, who was sacked an AFC-high 49 times last year, was pushed around with regularity in his short stint in Chicago and was sacked three times.

So if the Chargers' revamped offensive line is putting McCoy's quarterback in harm's way, maybe his playing time will be compromised.

"We will see how it is going Saturday night and we will go from there," McCoy said.

Rivers, the football equivalent of a gym rat, always loves to play. That's what made sitting out Wednesday so challenging. But giving way to backup Charlie Whitehurst has some benefits.

"My arm has felt good all camp, but it was probably good to take a day off of throwing," Rivers said. "And I know it's good for Charlie to get in there and play with the guys he would be playing with if he gets in there. So it has a lot of positives."

But wasn't it like his teammates got to go out to recess and he didn't?

"It wasn't that bad," Rivers said, with a smile. "I'm still heavily involved as you can imagine."

How active some of the Chargers' mending players will be is a mystery. But it's clear rookie linebacker Manti Te'o won't play as he remains in a walking boot and hasn't practiced since spraining his right foot in the preseason opener.

McCoy won't say if defensive end Corey Liuget will play Saturday night. He was pulled from last week's game with a shoulder injury.