Critics are calling the former star Atlanta Falcon's past record of dogfighting reason enough to strip him of the honor. 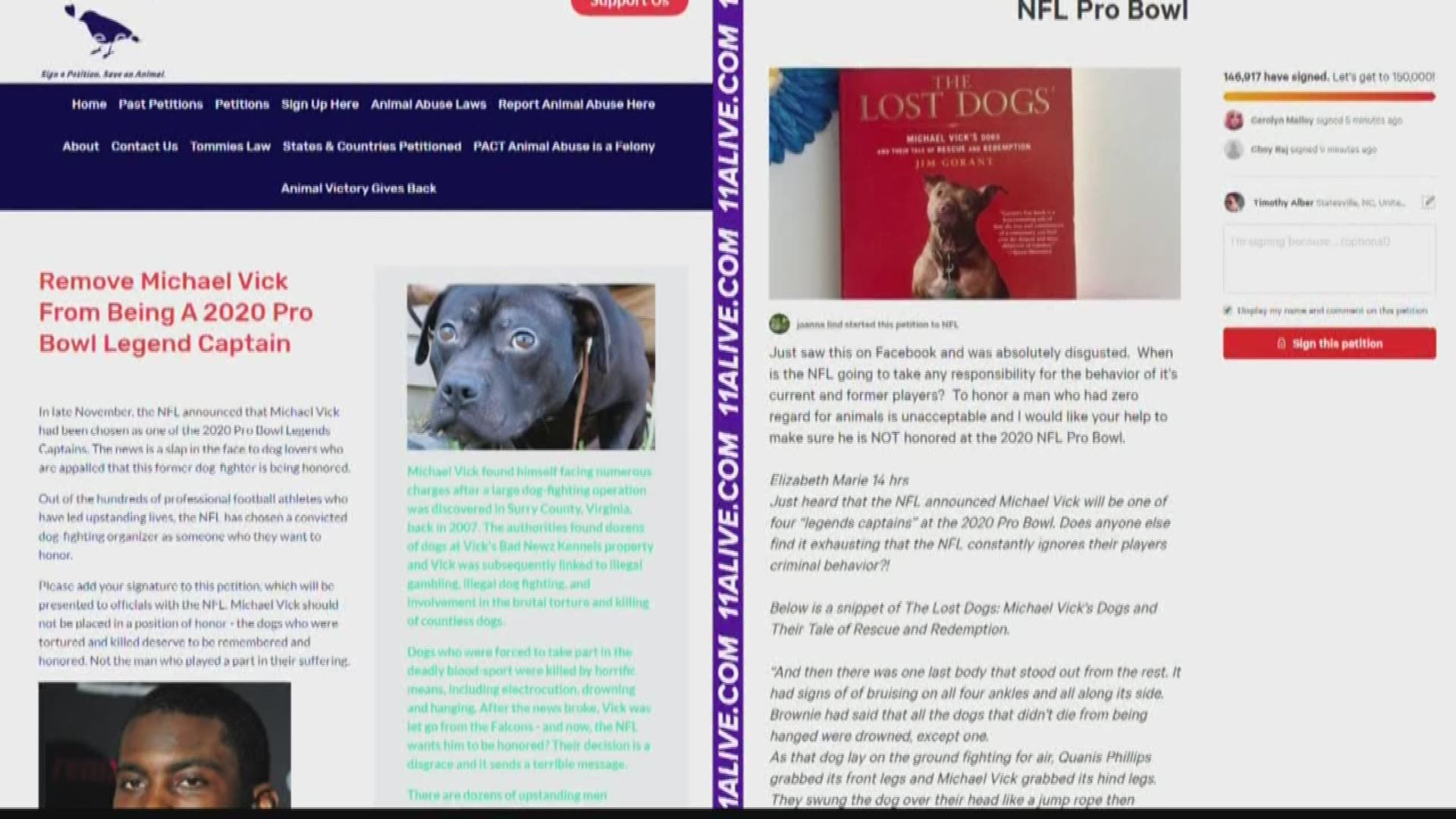 ATLANTA — The NFL has announced that former star quarterback Michael Vick will serve as a captain during the 2020 Pro Bowl. But the news doesn't come without controversy.

Thousands of activists are banding together online and calling for the NFL to strip Vick of the honor.

As the season winds down, fans have already started to look forward to the postseason, but multiple petitions have been started to stop the former Falcons quarterback from being part of it.

As of Dec. 8 around 8:30 p.m. the two separate petitions are getting a lot of attention, with one on Change.org petition garnering more than 388, 500 signatures and another on AnimalVictory.org getting over 346,000.

The Falcons dropped Vick in 2009 while he was imprisoned on dogfighting charges. He was sentenced to nearly two years in prison for running a dogfighting ring in Virginia.

Both petitions claim honoring a man who had no regard for animals is unacceptable. They said the NFL should strip Vick of all honors.

The NFL has not yet responded to the petitions. He, along with three other NFL legends, like UGA standout Terrell Davis, will serve as captains during the game.

The Pro Bowl is scheduled for Jan. 26 in Orlando.

She gave birth to 150 puppies then was discarded. How Victoria's story could stop puppy mills

Sophie Speaks: How a Georgia mother allowed her boyfriend to impregnate her 10-year-old