Everything you need to know before the Panthers kick off their 2020 season. 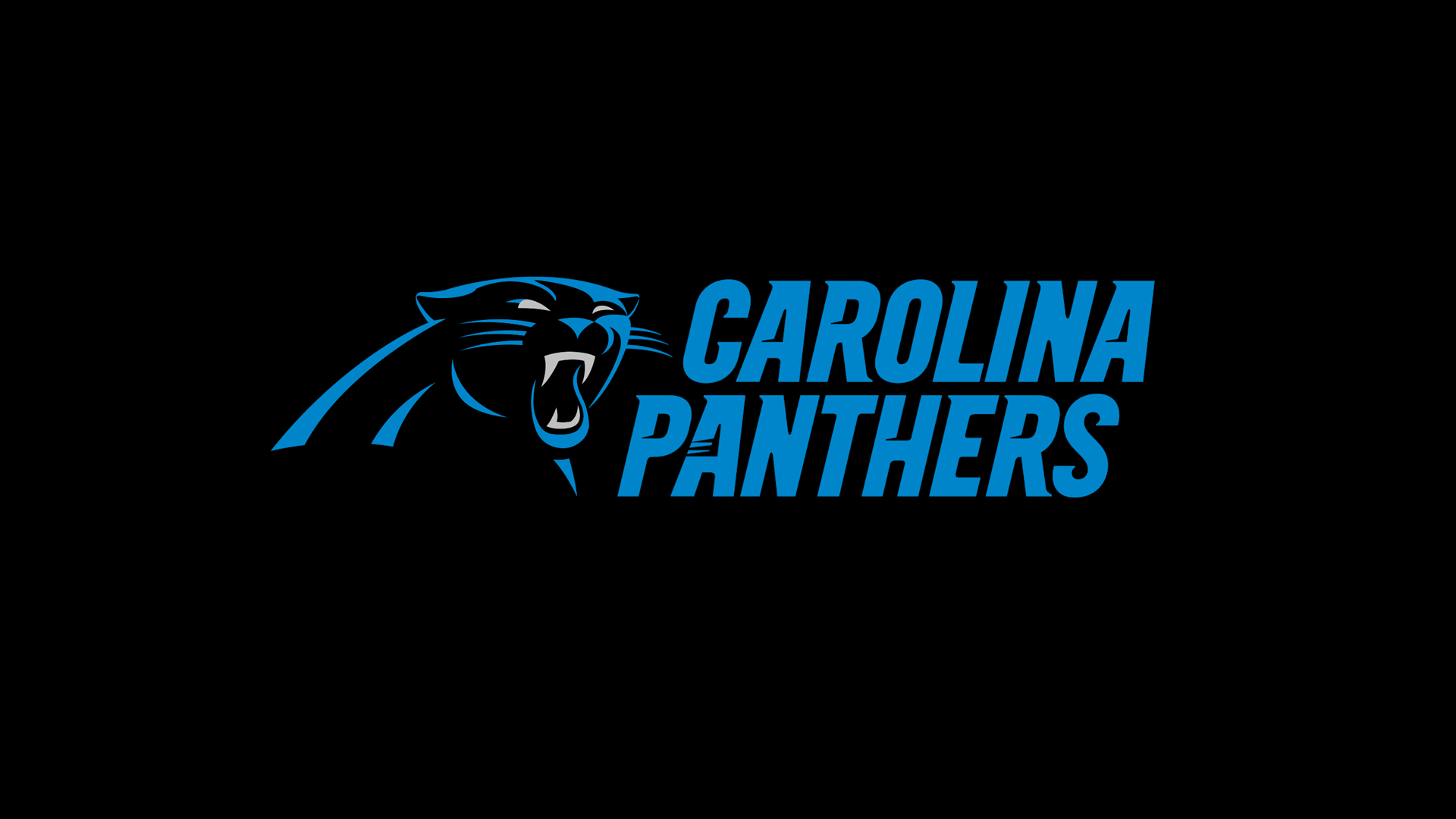 GREENSBORO, N.C. — Ladies and Gentlemen, strap in, it’s going to be a bumpy ride.

That is the best way I can sum up my expectations for the Carolina Panthers’ 2020 NFL season, which kicks off at home against the Las Vegas Raiders right here on WFMY News 2.

I am going to get into why I believe that including a look at what the Offense and Defense might look like in 2020 but before I do, let's sit back and be thankful that there is going to be a 2020 season at all.

Okay, now that we have that out of the way lets talk football. I have broken down this preview into a few sections; Season Overview, Offense, Defense, Special Teams, and Predictions. You can read it all at once or at your leisure by popping around different sections.

So much can change in just 365 days and that’s true of the Carolina Panthers. There is a new coaching staff, headlined by Head Coach Matt Rhule. Teddy “Two Gloves” Bridgewater is the new starting QB. Panthers legends Cam Newton and Greg Olsen have moved on to greener, albeit colder, pastures, while Luke Kuechly transitioned from the playing field to the front office. That is just the tip of the iceberg in terms of roster movement but more on that later.

This much change and this big a transition would be difficult under normal circumstances, let alone a year that seems determined to go down as one of the worst in recent memory. The COVID-19 pandemic limited crucial offseason work that would have allowed all these new faces time to gain chemistry. Instead, the Panthers got just 14 full contact, padded practices, and a plethora of zoom meetings. One of the biggest advantages a team can have this year is consistency and this year it is one of Carolina’s biggest weaknesses.

If you are a Panthers fan, I need you to prepare yourself for a bleh kind of season. The lack of consistency is not the only factor working against Carolina this year. Tom Brady’s move to southern Florida has created a stronger NFC South division. The Panthers also have the projected 6th toughest schedule that includes the reigning Super Bowl Champions and a very competitive NFC North. All while having the youngest starting defense for an NFL team in the last 10 years. Vegas has the Panthers win total at just 5.5 games, tied for 3rd lowest in the league. That projection is reflective of how far away this team is from seriously competing just for a playoff berth.

Before we move onto the offense there are a few new wrinkles to the 2020 season. First and foremost is the additional playoff spot up for grabs. Seven teams in each conference will make the playoffs and only the top seed will get a first-round bye. Due to concerns over COVID and the havoc that could wreak on a roster, teams are allowed extra practice squad spots. They can also have larger game-day rosters. Teams are also able to use more IR spots and players are allowed to come off IR after just 3 weeks. These new roster rules will likely mean a lot more transactions during the season.

The Panthers may not win very many games but at the very least their offense will be fun to watch. Offensive Coordinator Joe Brady could be the next Kyle Shanahan or Sean McVay. After all, he was the passing game coordinator for the best, not one of THE BEST, passing offense of all-time last year at LSU. He took Joe Burrow from undrafted QB to number one overall pick in the span of one season. Teddy Bridgewater is a massive upgrade at QB and Robby Anderson adds even more speed to a dynamic group of wide outs. The interior of the offensive line will be a big question mark but both Russell Okung and Taylor Morton have proved to be reliable offensive tackles.

No preview of the Offense can go long before you mention Christian McCaffery. The All-Pro, All-Everything running back was the third in NFL history to run for 1,000 yards while also having 1,000 receiving yards. Brady’s scheme has been described as wide open, so I expect CMC’s touches to decline slightly but the Panthers know where their bread is buttered. McCaffery may not put up the same insane numbers that earned him a contract extension this offseason but when he is on the field he is as fun to watch as any one in the NFL.

The Panthers signed more than their fair share of wide receivers this offseason in an effort to staff Brady’s new offense. Last year LSU ran most of their offense out of the shotgun with multi-wide receiver formations. I expect to see a lot more 3 and 4 wide receiver personnel formations. You’ll also likely see McCaffery lined up as a wide receiver leaving Bridgewater alone in the backfield.

The offense will be the strength of this team but whether or not it will be strong enough to overcome their defense is the big question this year. The Panthers rush defense was not just among the worst in football last year, it was among the worst all time. Few teams have given up more rushing touchdowns than the Panthers did last year. Fittingly, most of the defensive players from last season are no longer on the team. 17 players played at least 20% of the team's defensive snaps last season and only 7 of those 17 remain on the roster for 2020.

While their run defense was terrible, Carolina had the second-most sacks in the league, even without KK Short who missed most of last season with an injury. However, 38.5 of the teams sacks left via free agency or cuts. What we have left is a very young and inexperienced roster. You may know that Carolina was the first team in NFL history to spend all of their draft picks on the defensive side of the ball in April. The Panthers projected starting defense would be the youngest in the last ten years in the NFL. So while the defense likely got faster that inexperience is going to hurt them this year due to the shortened offseason.

Phil Snow will be calling the plays for the Defense this year as he followed Matt Rhule from Baylor. Rhule quipped that he’s never won a game as a head coach without Snow which speaks to the trust he has in him. If you’re keeping track at home then you know that the head coach, offensive coordinator, and defensive coordinator were all at the collegiate level last year. It is hard to predict what Snow’s defense is going to look like. He’s been pretty versatile in terms of scheme over the last few years. We do know that the base defense will return to a 4 down lineman front. We have also heard Snow and Rhule talk about wanting to play fast and physical but that’s the same kind of generic coach speak you hear across the league.

There will be some growing pains this season on defense but what gives me some hope is how Snow has consistently adapted his defenses to fit his players instead of trying to fit square pegs in a round hole. This defense will face a super bowl winning QB 6 times this year which will be a trial by fire for this young defense. The goal this year is more for growth than for success. Can Shaq Thompson be a leader on the defensive side and fill Kuechly’s shoes? Is Donte Jackson a top-level cornerback worthy of guarding the likes of Mike Evans, Julio Jones, and Michael Thomas? Can Derrick Brown be disruptive as a pass rusher and a run stopper from the interior of the line? These are all questions we should have answers to by the end of the year.

Chase Blackburn is one of the only coaches who kept his job this offseason. The special teams unit was lackluster last year especially on punt coverage where they gave up 2 punt return touchdowns to Nyheim Hines when they played the Colts last year. Longtime kicker Graham Gano was released in favor of the younger and cheaper Joey Syle. Punter Michael Parlady will miss the season and the Panthers signed Joseph Charlton to take his place this season.

Other than coverage the Panthers struggle to find a week by week return man last season. During the offseason, they picked up RB Trenton Cannon off waivers and signed WR Pharoh Cooper both have been solid as return men in the NFL and the Panthers hope they can produce again this season.

Special teams may seem like the part of the game where you can get up to refill your chips or hit the bathroom before the rest of the “action” starts but the best teams are solid in all three phases of the game. Football after all is a game of field position and that can be won or lost on special teams.

Let's have some fun, shall we? Here are a few predictions about this season that I feel generally comfortable putting in writing. Hopefully, none of them will come back to bite me.

I also have one parting wish. Be patient. Coach Rhule and owner David Tepper have stressed that this is the beginning of a process, one that will hopefully bring long term success. This team will be frustrating at times but let us be thankful that we have the opportunity to watch them and remember how bored we were during the summer of COVID.