The new UC Berkeley study concludes the majority of Native Americans are offended by the Redskins name, contrary to previous poll results. 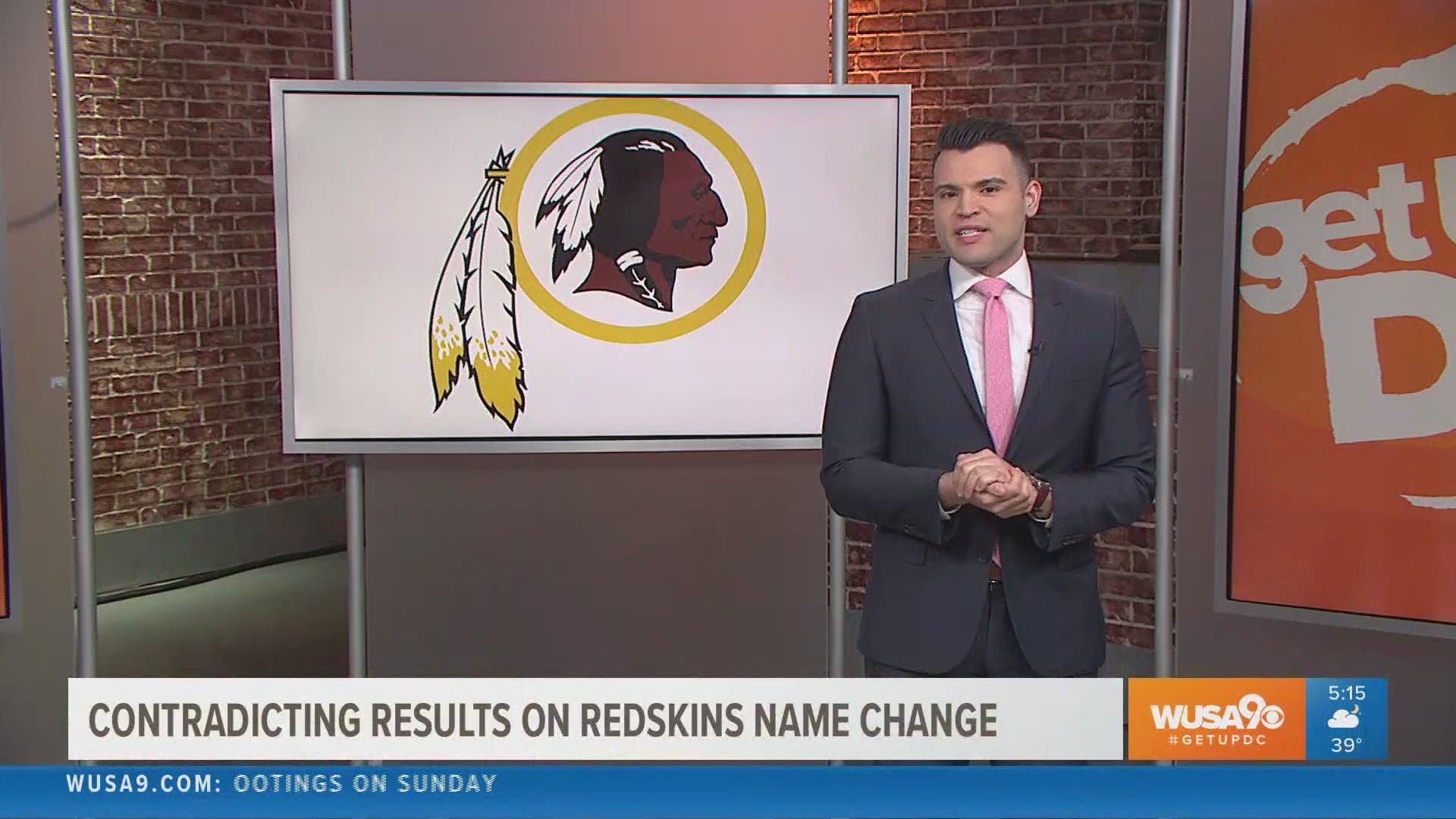 WASHINGTON — The debate over whether the Washington Redskins should change its name is almost as battle-tested as D.C. statehood.

In 2004, the University of Pennsylvania's National Annenberg Election Survey showed more than 90 percent of American Indians said the "Redskins" team name does not bother them. More recently, a Washington Post survey also found that the majority of Native Americans aren't bothered by the name.

But now, a new study directly contradicts those results and makes this debate far from conclusive.

The new University of California, Berkeley study, published this month in the journal of Social Psychological and Personality Science, said that at least half of Native Americans surveyed are offended by the team’s nearly 90-year-old name.

The authors go on to call out the previous Washington Post survey, and other previous surveys, as "questionable,"arguing that things don't add up.

Following these results, we met with one of the study’s researchers, Stephanie Fryberg, and Native American representative Crystal Echo Hawk to discuss the difference.

One reason given is that UC Berkeley’s study is a scientific one, thus making these results two very different things.

But should that diminish the results we've already seen?

When comparing the similarities of the Post survey and the Berkeley study, the answer isn't clear.

RELATED: 'I took my Batman figure and left everything else' | Redskins CB Josh Norman confirms his release

UC Berkeley surveyed 1,000 Native Americans while the Washington Post questioned 504. Both were representative across the United States and varied in age, gender, education, regional makeup and tribal affiliation.

Even some of the questions were very similar, as well.

For example, one of UC Berkeley’s statements that participants were asked to agree or disagree with was "I think the term 'Redskin' is respectful to Native Americans."

Meanwhile, one of the Post's statements was: "As a Native American, do you find that name offensive, or doesn't it bother you?"

Additionally, the 2019 poll by Wolvereye asked respondents to describe what emotion they feel after thinking about the team name.

Ultimately, those supporting the UC Berkeley study are adamant their results are something we all need to take a closer look at.

"Our study was really about identity," Fryberg said. "So, one of the things we don't know about the 2004 study, or the 2016 study is who are the natives in their study."

The 2004 Annenberg survey explains it talked to 768 self-identified Indians and Native Americans across the United States. Gender, income level, political ideology, and education are cited as differentiating factors among the participants.

The Washington Post, though, details their methodology in even more transparent fashion. Including multiple conversations with self-identified Native Americans.

When we reached out to the Post, asking about the objections presented by the UC Berkeley study's team, they stood by the results.

However, what can’t be ignored here is the layered discussion that goes beyond simply answering whether Native American names in sports are offensive.

"What little Americans get exposed to about Native Americans is what they see on Sundays in football stadiums across the country, what they see with baseball and the tomahawk chop, etc.," Echo Hawk said. "That's the ounce of what Americans in this country get about contemporary native people, and that fuels bias, it fuels discrimination, and it fuels racism."

Redskins owner Daniel Snyder has previously pointed to the 2016 Washington Post survey results as justification for keeping and embracing the team name.

WUSA9 has reached out to the Washington Redskins to ask if these new results from UC Berkeley changes their outlook about the name in any way. However, we've yet to hear back.

And while the studies argue they're each conclusive, the results, and the following discussion, may suggest there’s still a lot to figure out. 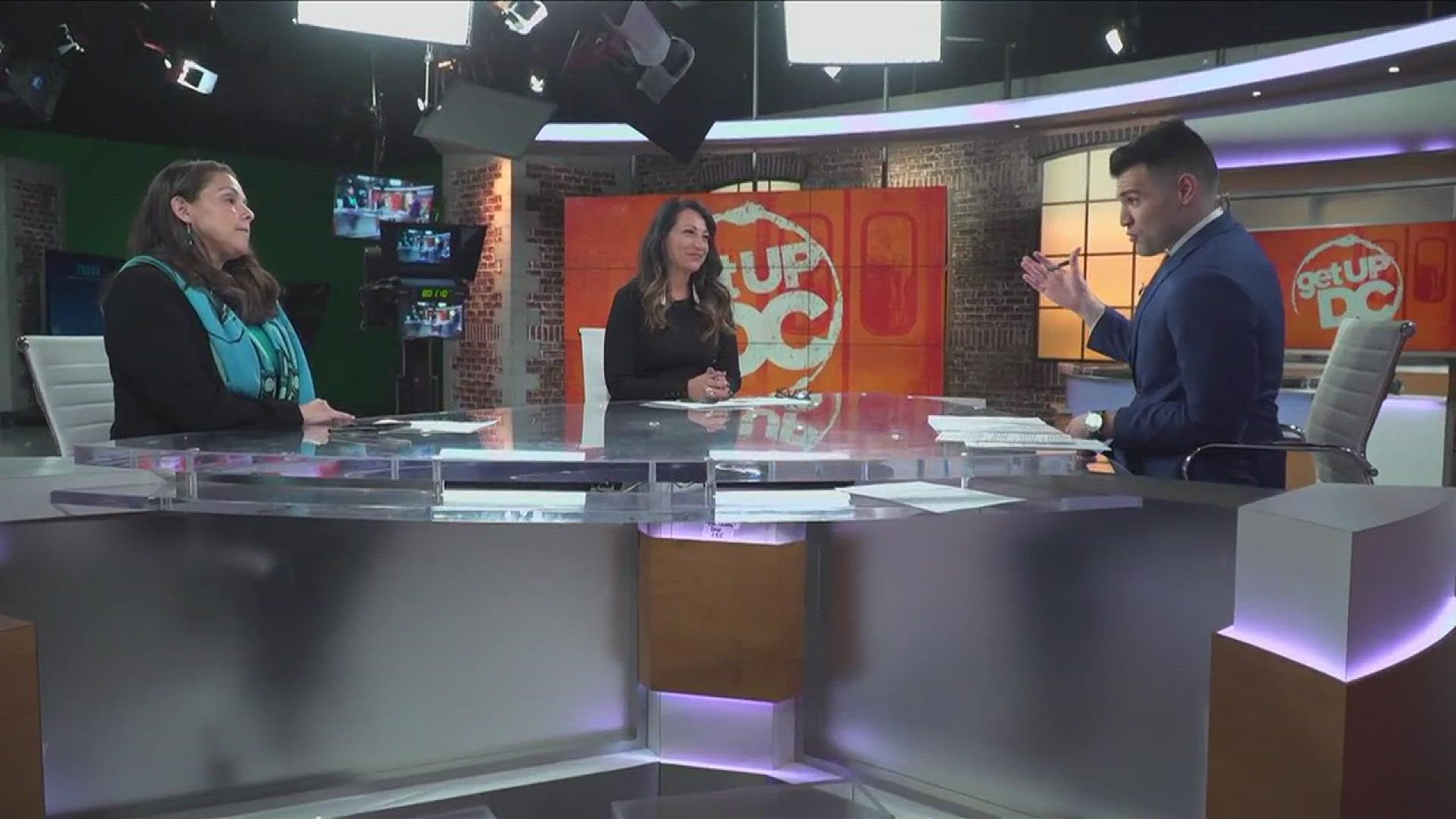 RELATED: Virginia sports betting bills looks to entice Snyder, Redskins. But could it create a bidding war with Maryland?