Statistically, Philip actually performed very well in the game. 36 of 46, 363 yards and a touchdown. But it was the two interceptions that proved critical in loss. 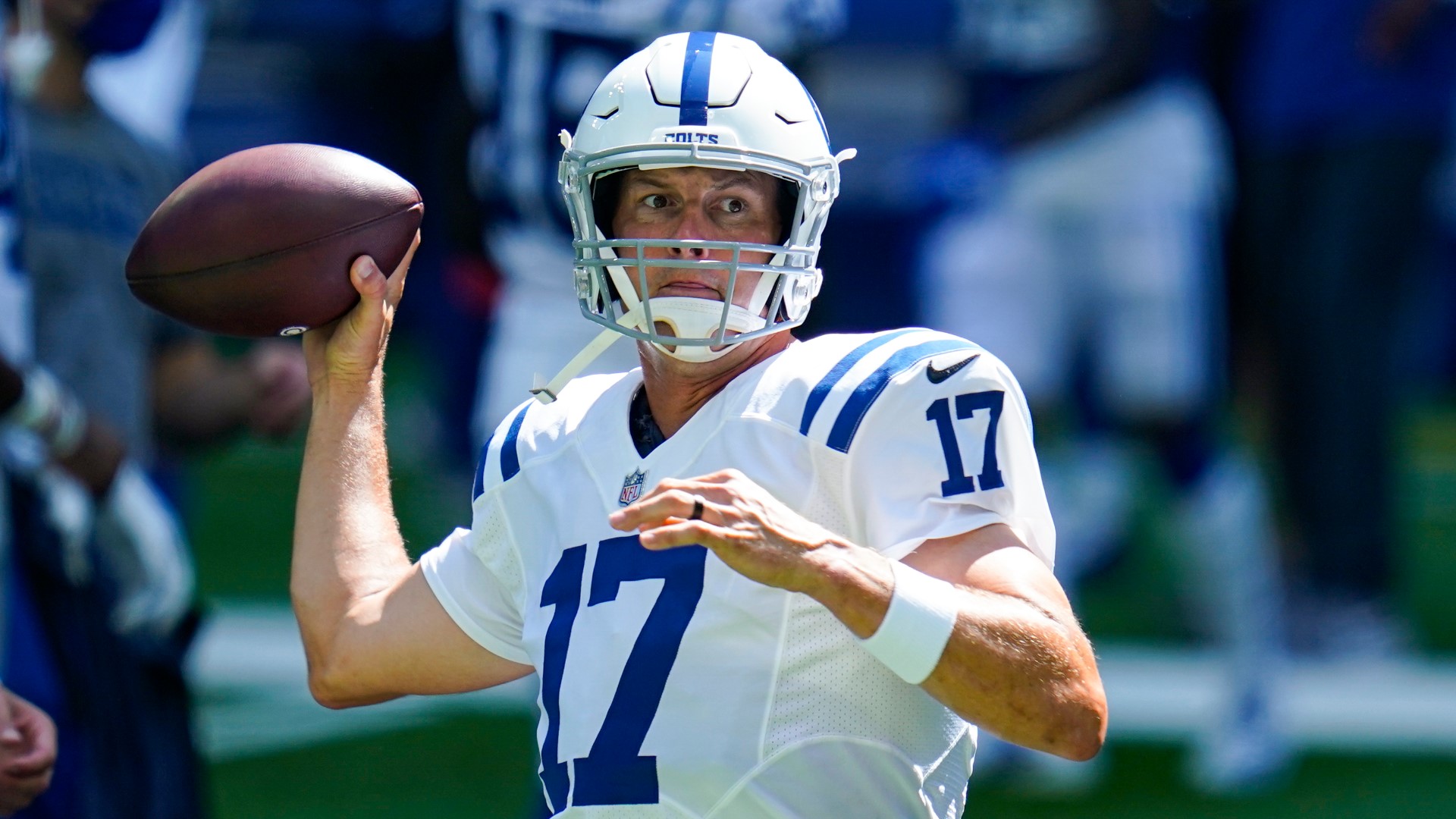 SAN DIEGO — The Philip Rivers era officially began for the Indianapolis Colts in Jacksonville on Sunday. And while things started off great for number 17 as he engineered an opening series touchdown drive, ultimately, it ended in typical Philip Rivers fashion as he tossed a fourth-quarter interception with less than five minutes to play and his team trailing by just four points. In the end, it was Jacksonville pulling off the upset win over Philip and the Colts by a final of 27 to 20.

Statistically, Philip actually performed very well in the game. 36 of 46, 363 yards and a touchdown. But it was the two interceptions, the mistakes, and the timeliness of those mistakes that was so critical. And that's what's causing Colts fans a lot of heartache today and a lot of concern moving forward; if Philip Rivers can be that quarterback to get it done.

Remember, they brought him in in the offseason, paying him $25 million, thinking he was the final piece to the puzzle in order to get them to the Super Bowl.

Now, let’s look at the entire body of work, the career of Philip Rivers, and we know it so well here in San Diego: 16 seasons, wearing a lightning bolt on his helmet. Philip Rivers has been sensational in the history of the NFL. He ranks sixth all-time in passing yardage sixth, all-time, in passing touchdowns. And even in crunch time, Philip Rivers has engineered 27 come from behind wins in the fourth quarter. 32 times he's had a game-winning drive and that ranks him 13th all-time in the NFL.

But there's another statistic that is troubling and one that may cause him issues one day when he is looking to be enshrined in the Pro Football Hall of Fame and Canton, Ohio. And this is it: the fact that with yesterday's loss, that was the 64th time Philip Rivers has lost a game in the NFL by one score or less... 64 loses, which is by far the most in NFL history.

No need to panic yet. It's only week number one. But to see what happened yesterday in Jacksonville, and we've seen it so many times. We've seen the movie. We know how it ends. And it's the fourth quarter mistakes, especially now late in Philip Rivers' career, at thirty-eight years of age, can Philip turn it around and somehow limit those mistakes and help the Colts get into the playoffs and beyond?

Remember, Rivers has never made it to the Super Bowl and there have been only two quarterbacks voted into the Hall of Famers since the merger that didn't; Warren Moon and Dan Fouts. We'll start to find out next week as in week number two when Philip and his Colts will host the Minnesota Vikings.