Isla Hasselmann and her family crossed into Canada last week after completing most of the epic trail. 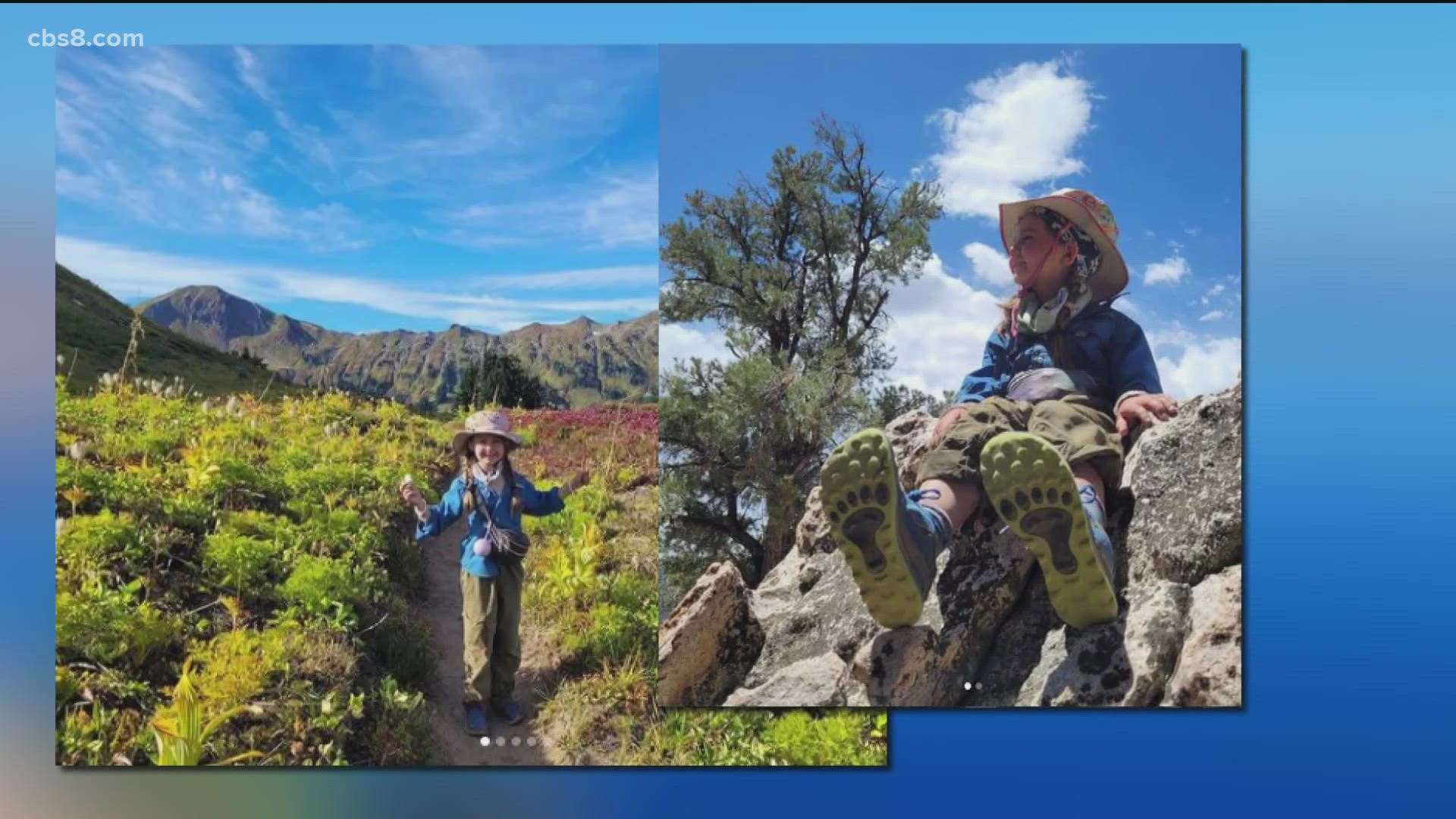 IRVINE, Calif. — Though her feet might be little, the girl has plenty of heart. Back in April, we introduced you to then four-year-old Isla “Littlefoot” Hasselmann and her parents Nikki and Johnny. The trio had just walked over 300 miles, the first leg of the Pacific Crest Trail and we’re resting up in their native Irvine.

When we talked to her then, she was still undecided if she wanted to finish the trail. But for the last six months, she's been walking the trail everyday.

"We had a blast and it was the experience of a lifetime. Incredible for us as a family," said Johnny Hasselmann.

The PCT is approximately 2,653 miles. Running from border to border, completing the entire trail is considered a major achievement for hikers and campers all over the world.

For six months, Littlefoot and her family trekked up to 18 miles a day through snow-covered mountains and beautiful vistas, putting one foot in front of the other, exploring America the beautiful.

On the trail, Isla stole the show, the five-year old racking up the miles and leading the way on the PCT.

"We were just blown away by just how kind everybody was from the hikers and friends that we met to the trail angels out there to help hikers, to complete strangers who would help us in any way that they could," said Nikki Lucena. "It was just this is a magical time of really getting to see the amazing side of humanity."

Last week, Littlefoot crossed over into Canada. Because the family skipped around 300 miles of a dangerous section in the Sierras, Isla can’t have the claim of being the youngest hiker to complete PCT. But Isla had the adventure of her little lifetime, walking over 2,000 miles through pristine wilderness. A reminder of how far your legs can take you, even if you have little feet.