Padres play at Petco Park for first time in 2020

Like most sporting events around the world, fans were be barred from attending Monday's game under public health directives prohibiting public events and gatherings. 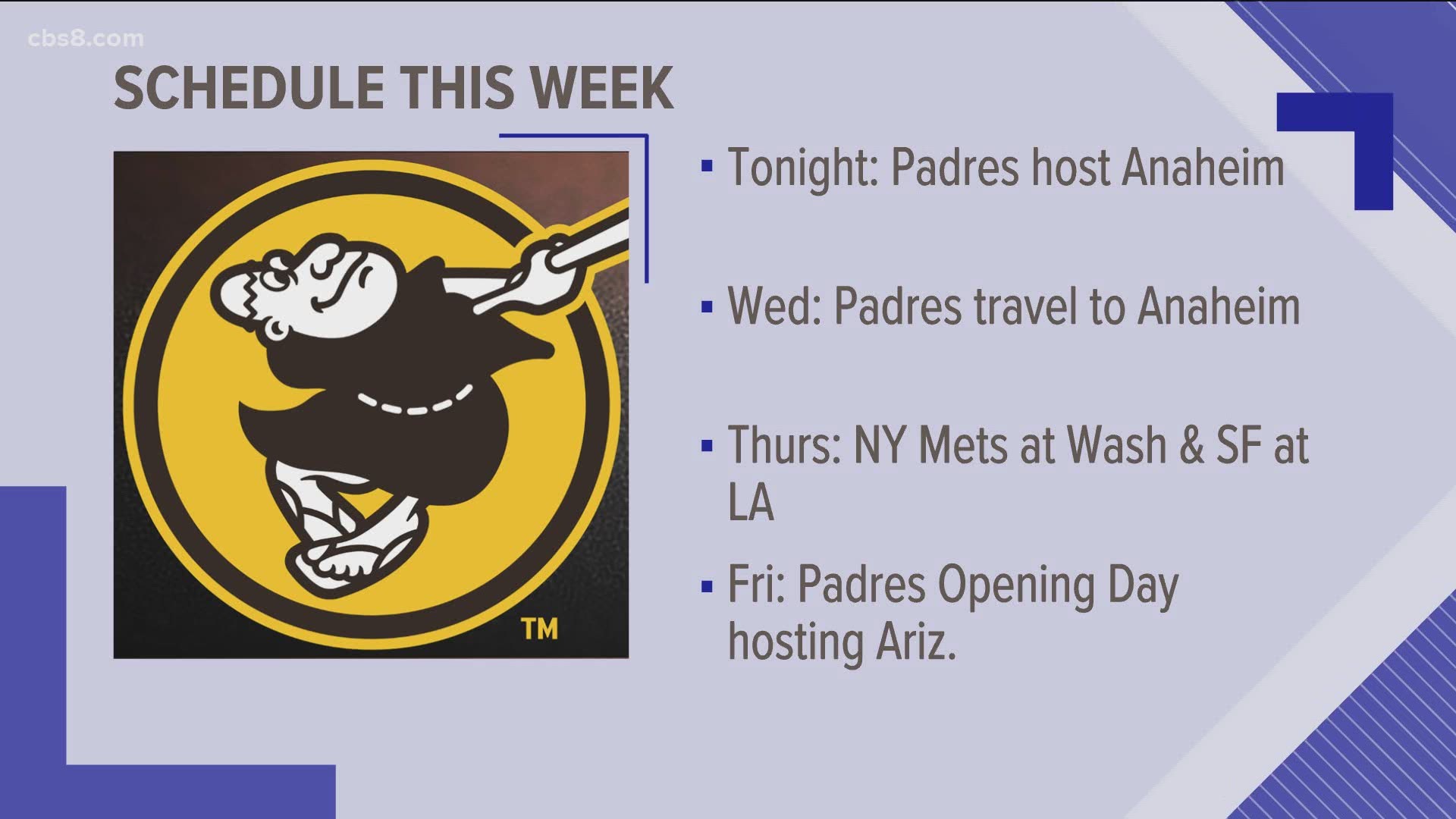 SAN DIEGO — The San Diego Padres allowed an unearned run in the first inning of a 1-0 loss to the Los Angeles Angels on Monday night in their first exhibition game at Petco Park in 2020.

Like most sporting events around the world, fans were barred from attending under public health directives prohibiting public events and gatherings.

Played nine, then played some more.

Running it back Wednesday before the real thing. pic.twitter.com/870qpFe92n

Angels reliever Keynan Middleton took a knee and clenched his right fist above his head during the playing of the national anthem.

David Fletcher scored the lone run from second base when pitcher Garrett Richards fielded a ground ball by Tommy La Stella and threw to second base in an attempt to start a double play and the ball went into center field.

Fletcher singled on a 1-2 slider leading off the inning and moved to second on Mike Trout's walk.

The Padres were 0-for-6 with runners in scoring position and did not have a runner reach third base.

The Padres were outhit, 7-6. Edward Olivares, the No. 9 hitter in their lineup, had the Padres only extra-base hit, a one-out double in the third, but was unable to advance as Fernando Tatis flew out and Trent Grisham grounded out.

The Padres also had runners reach second in the sixth and seventh innings.

Tatis singled leading off the sixth. Pinch-runner Jake Croneworth moved to second on Grisham's ground out, but Manny Machado and Tommy Pham struck out to end the inning.

Jurickson Profar walked to give the Padres runners on first and second but Austin Hedges and Olivares struck out to end the inning.

Richards (0-1) allowed five hits in 4 2/3 innings, striking out five and walking one in his third appearance in an exhibition game in 2020.

Richards was limited to three September games in 2019 -- his first season with the Padres after spending the first eight seasons of his major league career with the Angels -- as he recovered from Tommy John surgery performed in 2018 to repair a damaged ulnar collateral ligament.

Ty Buttrey, the Angels fourth pitcher, allowed a single to the second batter he faced in the ninth, pinch-hitter Webster Rivas, but got Greg Garcia to fly out and pinch-hitter Owen Miller to ground out for his first save in exhibition play in 2020.

The Padres will play one more exhibition game -- Wednesday, also against the Angels, at Angel Stadium, then begin the regular season Friday against the Arizona Diamondbacks at Petco Park.