At 20 years old, Jonathan Mansour is one of the youngest members of the USA Boxing team and is currently the #2-ranked amateur featherweight in the country. 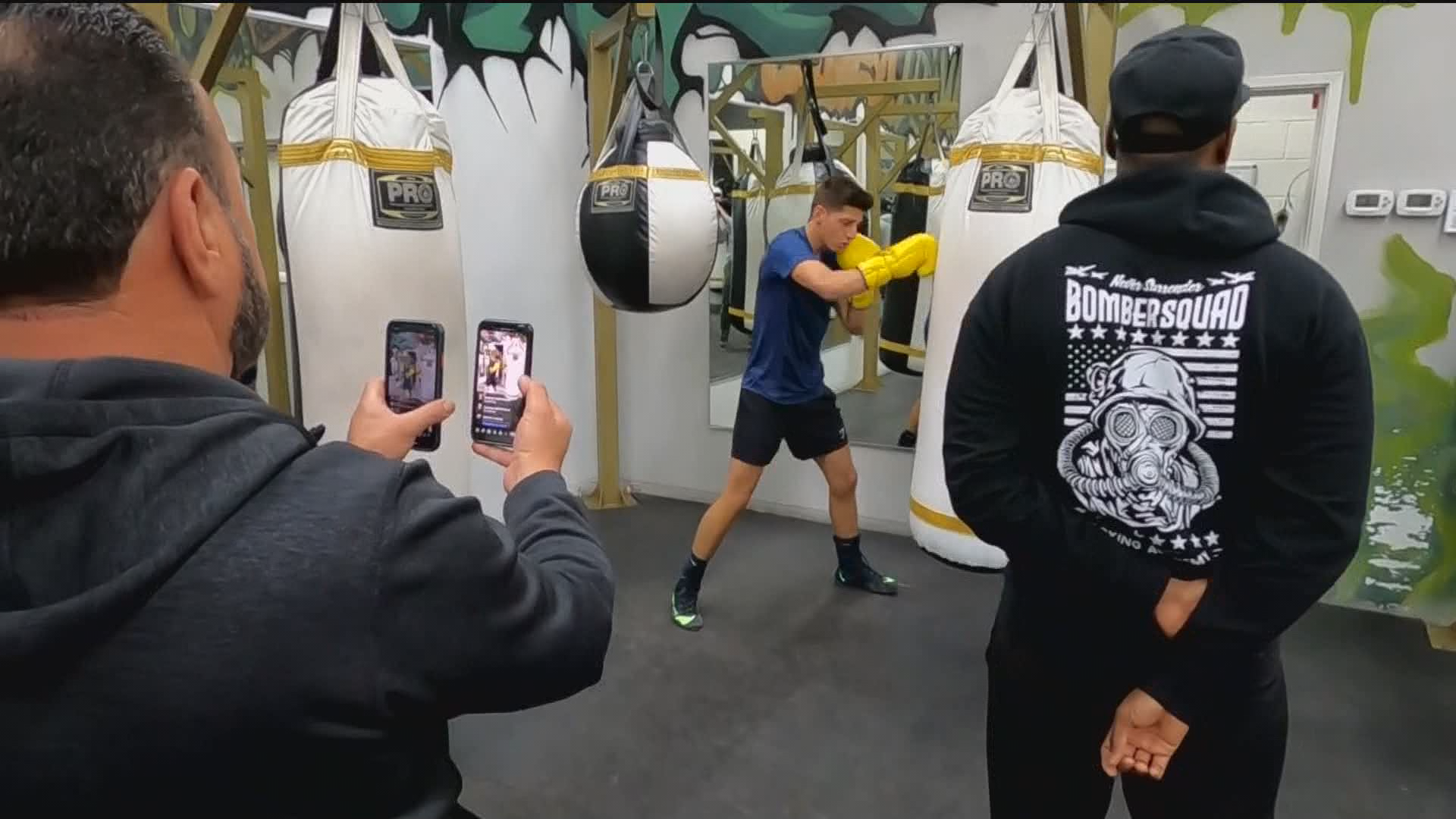 EL CAJON, Calif. — A fighter from El Cajon is turning the Chaldean community on to a sport they typically don’t pay much attention to.

Jonathan Mansour, who at 20 years old is one of the youngest members of the USA Boxing team.  Mansour’s nickname is “Magic" and he often switches between southpaw and orthodox stances to throw off his opponent.

I got the nickname from my teammate, Jill. She said "every time you throw punches it's like you disappear, they can't see you no more," Mansour said.

When asked if the nickname is well deserved, coach Kearney said, "Absolutely. He does things that are unconventional, it's like an illusion."

One thing you notice when you meet Jonathan “Magic” Mansour is his punch. Fans can see his punch speed along with his 75K+ followers through his training videos on his Instagram page @jonny_mansour. He’s also tall for a featherweight and uses his range to outbox his opponent.

He is currently the #2-ranked amateur featherweight in the country.

His coach, Berlin Kearney said that what makes him a good fighter is that he listens. “He’s strong-headed in a good way.  Everything we tell him, he takes in and applies it," Kearney said.

When asked what brings him back, day after day to train, Mansour said, "Honestly, the sport has truly shown me who I am. Working hard every single day, teaching me discipline, teaching me dedication."

He has won multiple national tournaments, including Golden Gloves, and has won an international gold in Ireland.

Mansour still always remembers where he came from.

His dad wasn't always on board with Jonathan boxing. But he came around.

"I can't see my son get hit so I was really worried about him. I tried to stop him a couple of times," Jonathan's dad said.

“Honestly, everything happens for a reason. I’m going to continue to build my experience until 2024,” Mansour said.

Editors update: Since this story initially aired, USA Boxing decided to send four professionals to the 2021 Tokyo games. It will mark the first time ever that professional boxers have represented the USA at the Olympic games.