At age 45, Brandi Mitchell is the newest member of the women's soccer team and also attends class with her 18-year-old son. 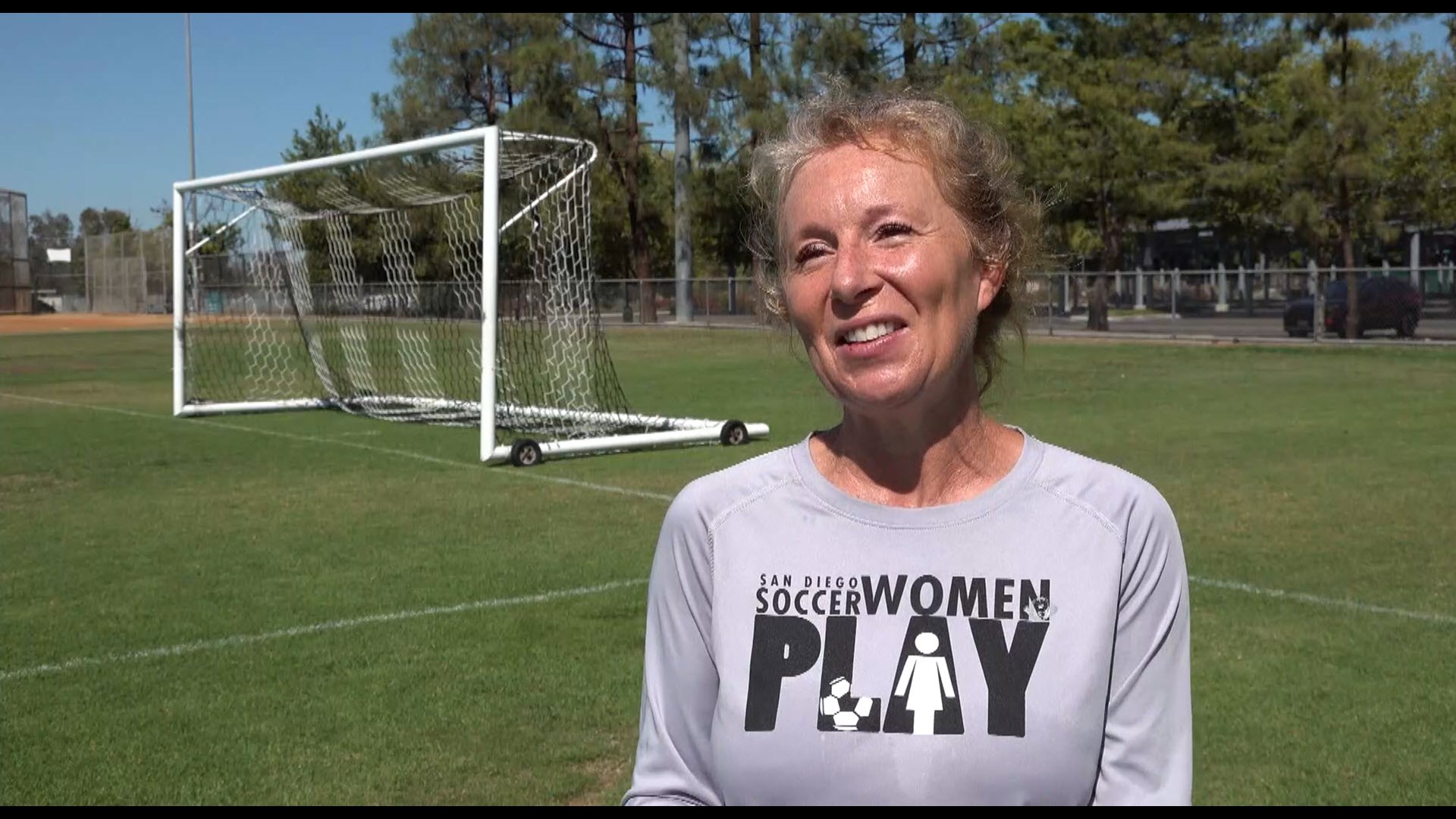 SAN DIEGO COUNTY, Calif — San Diego Miramar College has a pair of freshman athletes that have quite the unique tie to each other.

At age 45, Brandi Mitchell is the newest member of the women's soccer team and also attends class with her 18-year-old son, Maverick, who is a freshman athlete on the men’s water polo team.

“I thought, there is no way that I would ever play in college because obviously I’m way past that age, way past that point in my life,” Brandi said.

On the Miramar College soccer roster, Brandi Mitchell is listed as number 22, a freshman midfielder from Simi Valley High School.

“It’s an honor, first and foremost, it’s amazing to be out here, but I have to say, in general, I feel like I hold my own,” she said.

Off the pitch, Brandi is a wife and the mother of two grown children.

“Here at Miramar there’s a summer class, like most community colleges, so I just enrolled… I know the coach well enough that she’s letting me in knowing that I’m older and it wasn’t until late in that class that I found out there were spots available on the team and they actually needed players,” Brandi said.

Brandi said when the coach texted her and asked, “are you going to be here or not?” she responded, “OK, I’m in, this is a challenge I have to take on.”

Brandi was in her first season as a college soccer player.

“I think it is a matter of -- this is a once-semester lifetime experience and I’m going to get something out of every single minute,” she said.

And while Brandi hustles around with teammates half her age, whistling and commands can be heard echoing from the pool across the street where her son Maverick practices on the water polo team.

“I’ve been playing for a couple of years, maybe six, she got me started into it – she forced me into it. I was a little hesitant about it, but it seemed pretty good and it’s going well so far. I like it a lot,” Maverick said.

Maverick said he doesn’t mind having his mom attend the same college with him.

“It’s been pretty nice with her here. I can just see her sometimes like this, but it’s been pretty crazy to see actually, and everybody has been chill about it, he said.

“All these years, It’s been 18 years him seeing me as mom, but when it comes to us experiencing the same thing, like if I have a bad practice and I want to talk about it or I’m frustrated from a game or I’m celebrating something – that part of it is a connection I didn’t expect to have,” Brandi said.

For most teenagers, a scenario like this may be a catastrophe, but for Maverick it’s quite the contrary.

“I’m super proud of her, that’s super crazy to see. I would have never imagined. When I found out that she was joining the team -- I was like, ‘oh my God,’ I thought it was just going to be young people – it was just so weird to see,” he said.

Brandi said she wants to get away from this concept of the “mom on the team” or the older woman who’s taking care.

“It’s not so much me trying to take this position of leadership or caretaking – It really is just about my enthusiasm that has to really come out,” she said.

Brandi was named co-captain of her team and she runs an organization called San Diego Soccer Women, which advocates for women to play soccer at older ages. 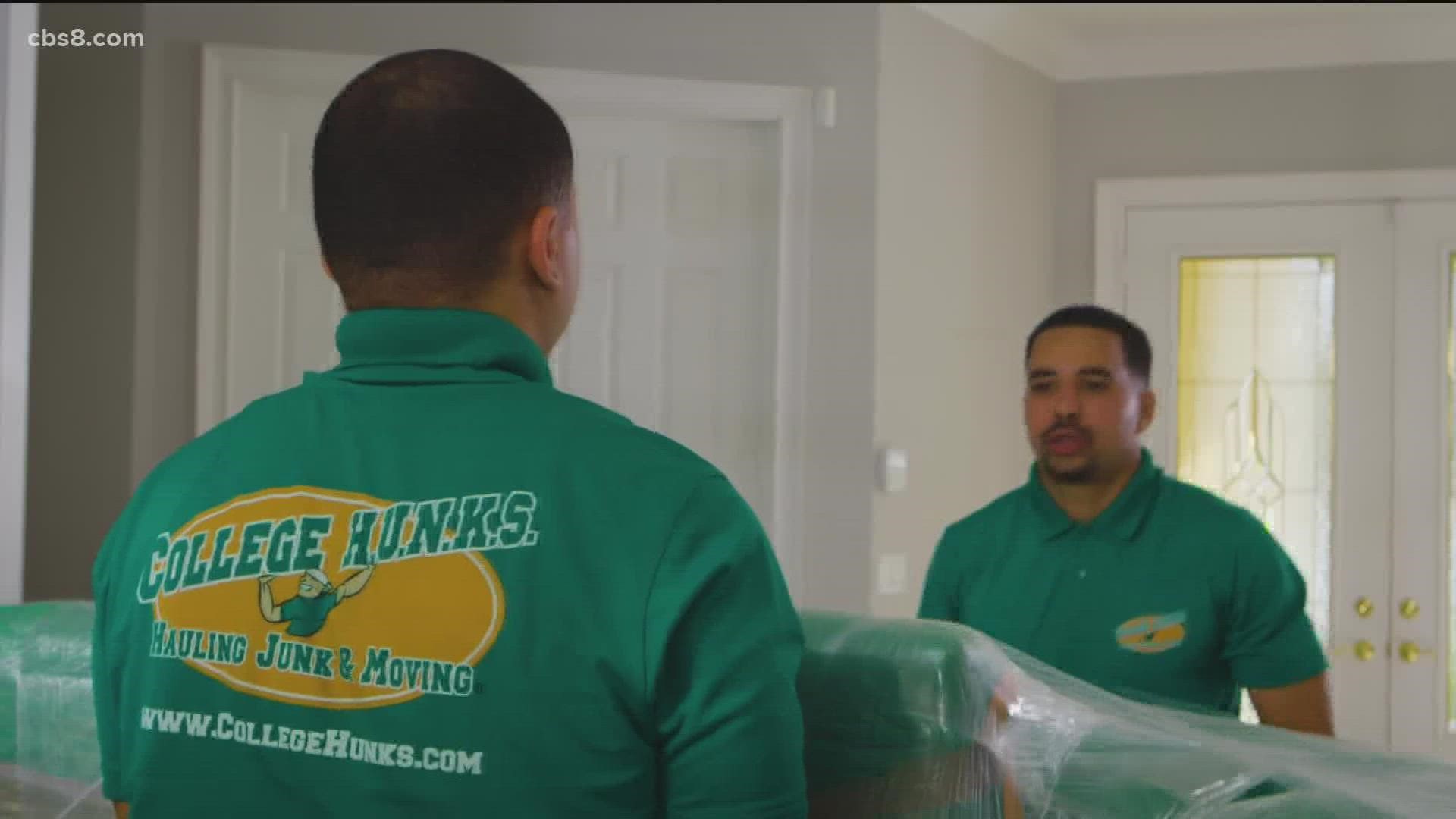