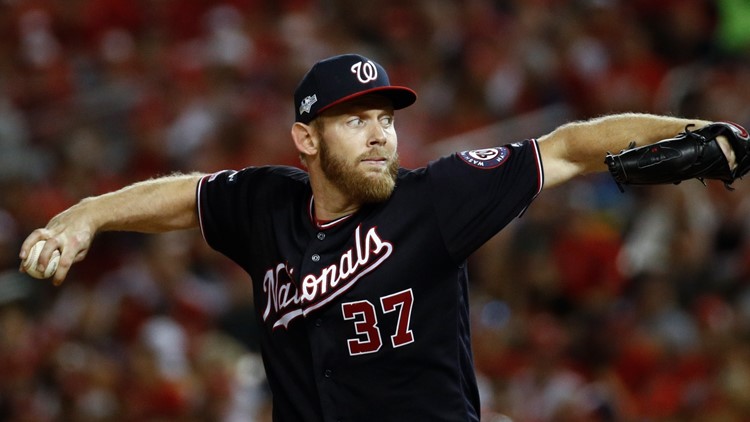 SAN DIEGO — San Diego may not have a team participating this year but local baseball fans still have something to be excited about in the 2019 World Series.

Stephen Strasburg, a San Diego native and former SDSU star pitcher is scheduled to take the mound as the starter for game 2 when his Washington Nationals take on the Houston Astros this Wednesday at Minute Maid Park in Houston, Texas.

San Diego State head baseball coach Mark Martinez shared his thoughts about the upcoming game and his expectations for the game during a press conference on Tuesday.  Martinez was an assistant coach when Strasburg played for the Aztecs from 2007 to 2009 under head coach Tony Gywnn.