The San Diego Padres changed their name over the weekend to celebrate Mother's Day and someone swooped in to pick up their twitter handle. 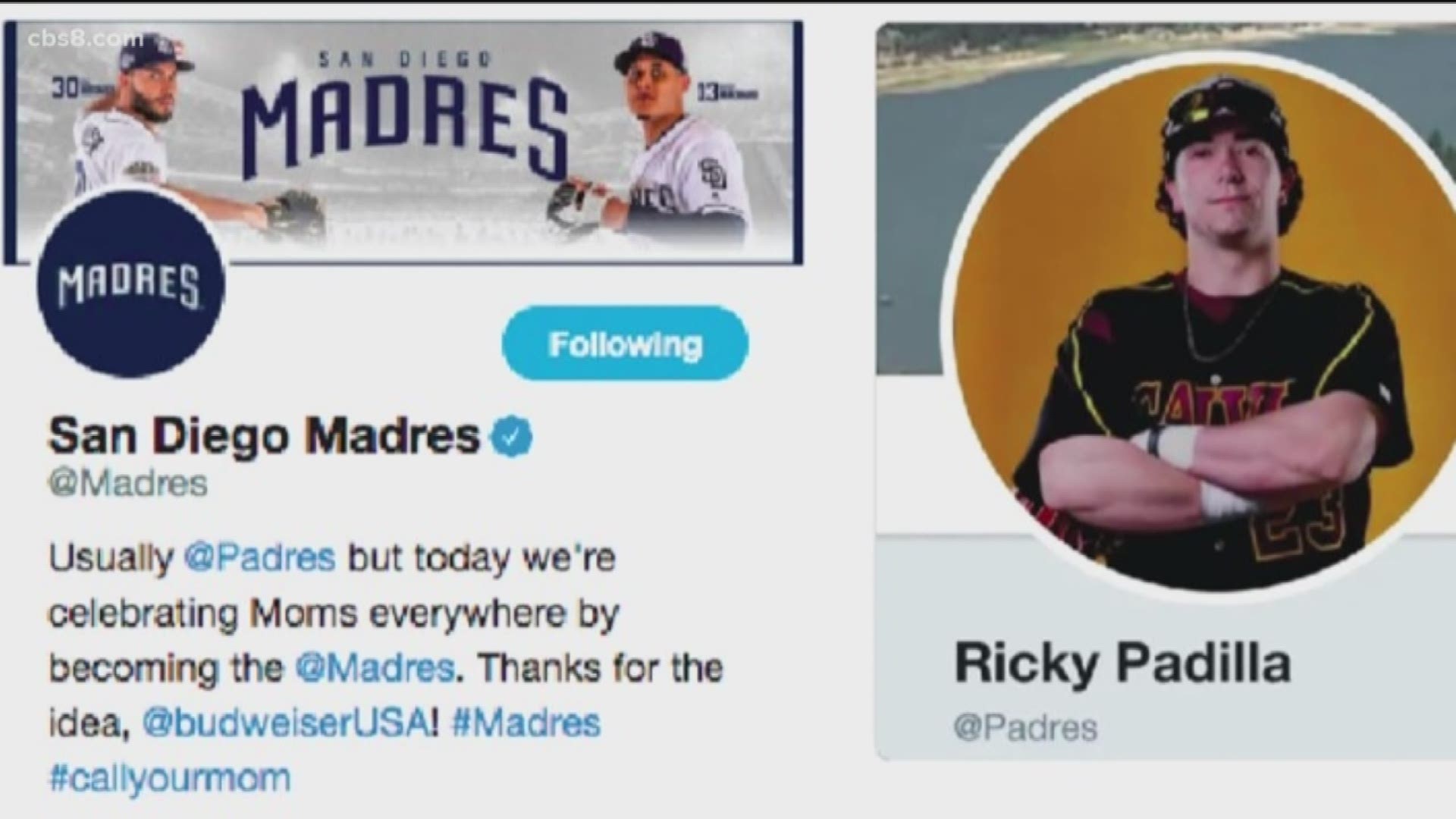 SAN DIEGO — The Padres changed their name over the weekend to celebrate Mother's Day on Sunday.

The Padres re-branded as the Madres as part of a promotion with Budweiser. The team even changed their Twitter handle.

However, someone swooped in to pick up the @padres name.

Ricky Padilla got a lot of shoutouts on social media. In fact, it sort of backfired.

He tweeted "all of these mentions are making it real hard to study for my four finals in the next 3 days."

Padilla is a college sophomore at Calvin College in Grand Rapids, Michigan. He graduated from Poway High School in 2017.

After about three and a half hours, the padres reclaimed their name and reached out to Ricky inviting him to a game.