As one of 2 undefeated teams, the 15-0 San Diego State Aztecs basketball team has reached #7 in the most recent AP poll released Monday. 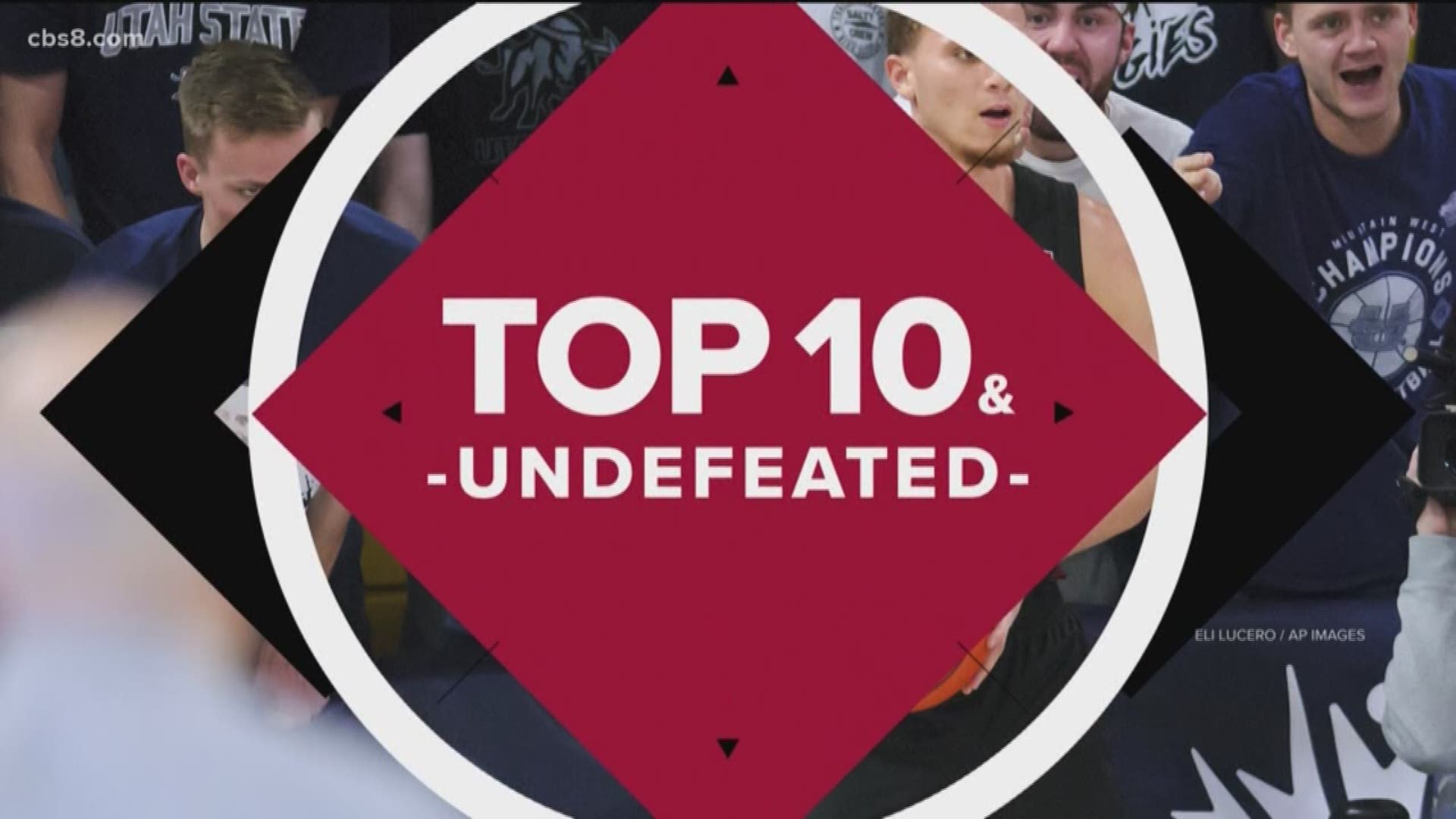 SAN DIEGO — San Diego State Aztec basketball fans have been excitedly waiting for the AP rankings to come out each Monday morning and like today, they have not been disappointed.  The San Diego Aztecs have been steadily rising each week in the polls as they continue to rack up wins in their currently undefeated season.

As one of two remaining undefeated teams of the 350+ in the NCAA’s Division 1, SDSU is now ranked #7 in the Associated Press college basketball poll in week 10.

This is not their first top 10 ranking, but it has been a few years since the team has received this high of a mark, and one that has the SDSU team and fans excited for what is to come.

While the AP poll is the main ranking used throughout the regular season, there are several other ranking systems that are taking note of the Aztec's impressive season so far.

SDSU has remained in the #1 position for multiple weeks on the NCAA’s NET metric list.  This ranking may be the most important to the Aztec’s post season plans as it was put into place to help the NCAA Tournament committee with their evaluation process when choosing teams to play in the end-of-year tournament.

The Aztecs are also currently ranked #5 in the ESPN power rankings as well. ESPN’s Jeff Bozello notes: “San Diego State is good enough to hover around the top five for the rest of the season and push for a 1-seed on Selection Sunday.”

The Aztecs head out on the road for their next game against Wyoming on Wednesday before returning home on Saturday to take on Boise State.