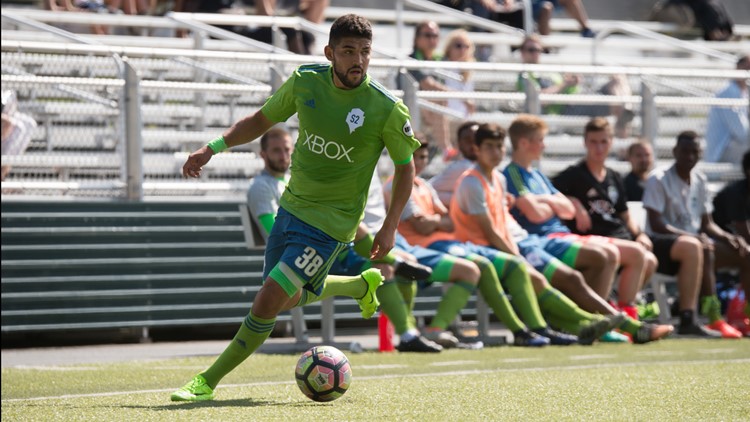 SAN DIEGO — The San Diego Loyal Soccer Club announced the signing of their fourth player on Friday. Forward Irvin Raul Parra will join the Loyal for its inaugural USL Championship season in 2020. The first regular season home match is scheduled to take place in early March 2020 at Torero Stadium.

“We are committed to building a team that San Diegans can be proud of and that will be entertaining to watch,” said Landon Donovan, EVP of Soccer Operations and First Team Manager. “Irvin is a proven goal-scorer and will be an asset on the field. Beyond that, I knew there was something special about Irvin from the first moment I spoke with him. His gratitude and appreciation for the opportunity to represent our team’s values. He’s who we want to be.”

Parra signed his first professional contract with German Football Club, FC 08 Homburg, then signed on to play for 1. FC Kaiserslautern, totaling six years in Germany. Parra then took his talents to the United States playing with Seattle Sounders FC 2 and Orange County SC. In 2017, he became the first player in USL Championship history to record double-digit goals (11) and assists (10) in the same season. In early 2019, Parra signed with Las Vegas Lights FC, where he scored 15 goals and had 7 assists in 31 games played. In Parra’s first season with the Lights, he became the club’s all-time leading goal scorer and the team’s captain.

“You can already feel the energy around SD Loyal,” said Parra. “When I first spoke with Landon (Donovan), he talked to me about the values of the team and about family. To hear Landon talk about family meant a lot to me because that’s my number one priority. This team feels different from other places I’ve been. Now, I’m just excited to play.”