The San Diego Loyal soccer club’s head coach Landon Donovan is building the team from the ground up and held open tryouts at the University of San Diego. 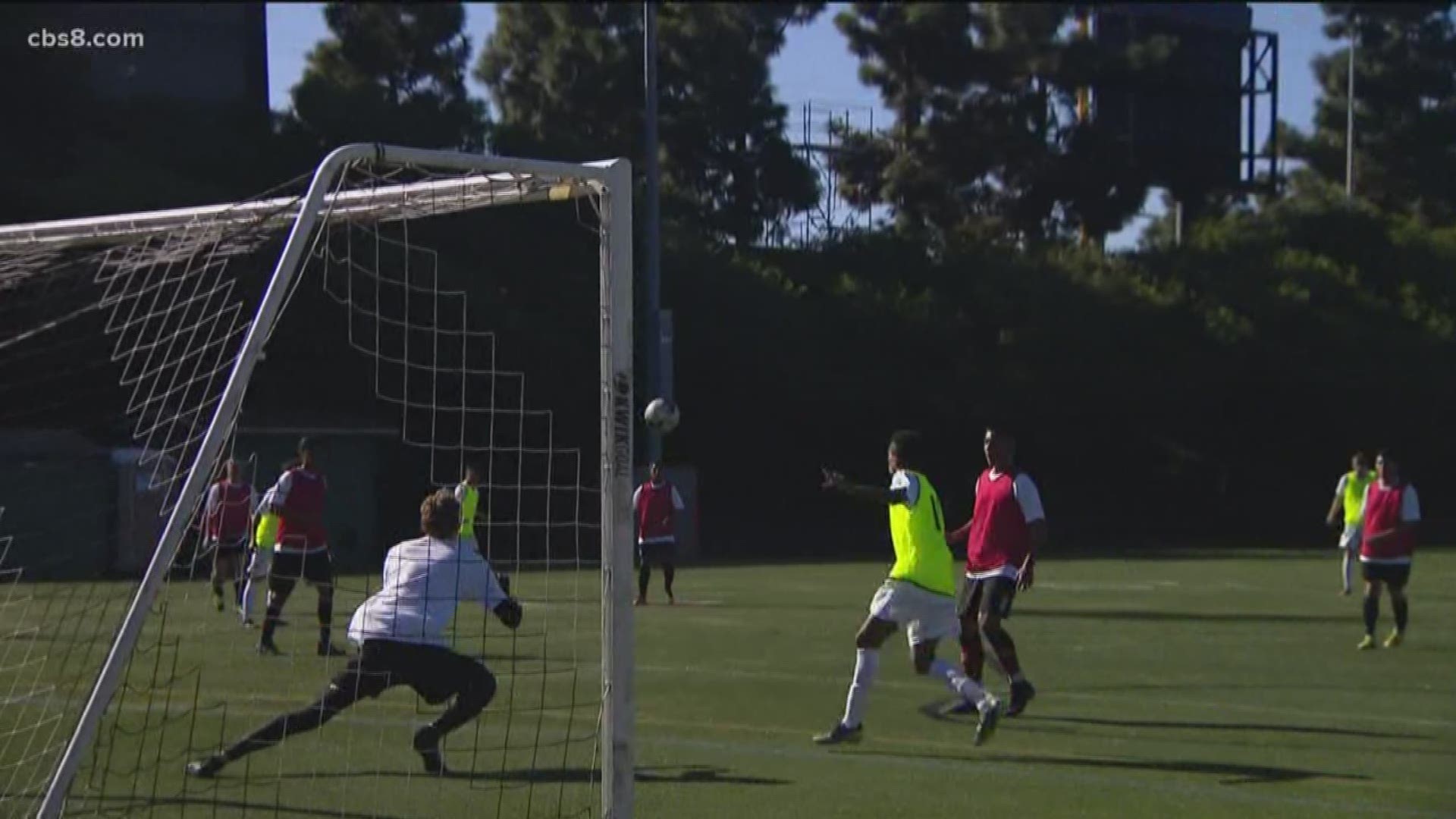 SAN DIEGO — Over 100 hopeful athletes from around the United States and beyond got their shot at playing professional soccer on Sunday. The San Diego Loyal soccer club’s head coach Landon Donovan is building the team from the ground up and held open tryouts at University of San Diego's Manchester Practice Field.

Earlier this week, the San Diego Loyal announced the signing of the first player for its inaugural USL Championship season in 2020. Defender Salvatore “Sal” Zizzo Jr., who is a San Diego native, was the first player to be signed by the club in franchise history.

Launched on June 19, 2019, SD Loyal is the newest member of USL Championship, a USSF-sanctioned Division II league and one of the most competitive pro soccer leagues in the world. The club will play at Torero Stadium, under a three-year agreement with the University of San Diego.

News 8’s Tim Blodgett was on the pitch and caught all the action of Sunday’s tryouts.