SAN DIEGO — Viewing parties for the telecast of Sunday's 2-0 United States victory over Netherlands in the 2019 FIFA Women's World Cup final were held at the Sycuan Stage in Park at the Park at Petco Park and other locations across San Diego County.

The Park at the Park was open to the public for the 8 a.m. game and admission was free. There were beer specials from local and national breweries, including Ballast Point Swingin' Friar Ale, select concessions available for purchase, a live DJ playing music during breaks, photo opportunities, appearances by Pad Squad, interactive activities and giveaways.

Members of the San Diego chapter of American Outlaws, a nationwide support group for the U.S. men's and women's national soccer teams, met at the Half Door Brewing Co then marched to Petco Park at 7:15 a.m.

The game was played at Groupama Stadium in Decines-Charpieu, France, a suburb of Lyon.

The U.S. captured a record fourth Women's World Cup title. Germany is the only other nation with more than one title, winning the 2003 and 2007 tournaments. 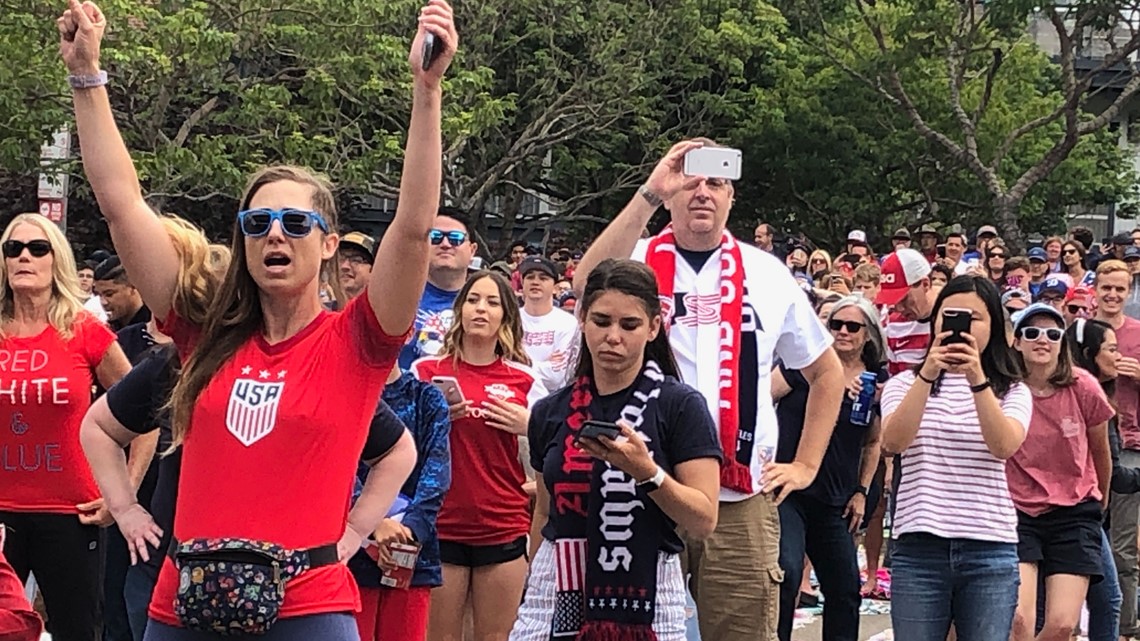 Both teams had won all six of their games in the tournament. The U.S. wound up outscoring its opponents 26-3, including a 13-0 victory over Thailand in its opener June 11.

The Netherlands had outscored its opponents 11-3, including a 2-0 victory over Italy in a quarterfinal June 29 and a 1-0 victory over Sweden in a semifinal Wednesday.

Viewing parties organized by American Outlaws were also held at several bars and restaurants through out San Diego. 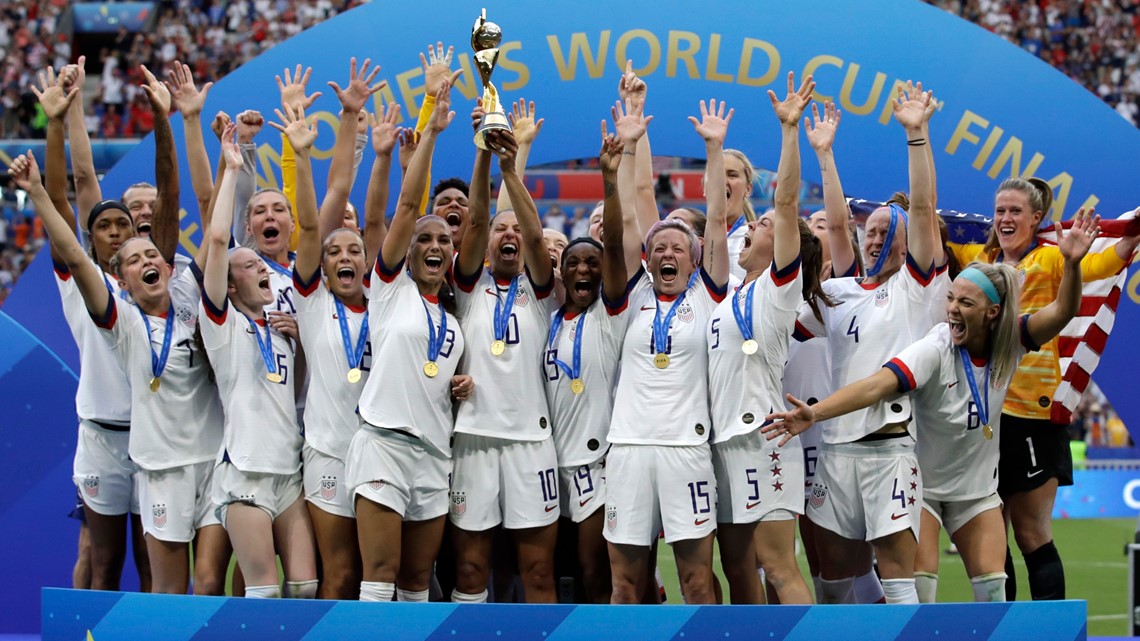 01 / 01
United States' team celebrates with trophy after winning the Women's World Cup final soccer match between US and The Netherlands at the Stade de Lyon in Decines, outside Lyon, France, Sunday, July 7, 2019. (AP Photo/Alessandra Tarantino)