OCEANSIDE, Calif. — Hundreds of the best female surfers are in Oceanside this weekend for the 12th Annual Nissan Super Girl Surf Pro contest. The contest starts on Friday and runs through Sunday.

The commentator for the event is Lindsay Jacobellis, the most decorated United States female snowboarder ever. When asked if female surfing is growing, Jacobellis said, “it’s growing, and you just see all the women who are supporting each other now these other facets that we have, the village, DJ competition and the music it’s just amazing.”

During the free event, the crowd will get a chance to see the best of the best from across the globe including Encinitas’ own Alyssa Spencer. Spencer is 16-years-old competing to be a world champion surfer.

The event will feature much more than just a surf competition. It will include female inspired vendors, an entertainment village, autograph signings, giveaways, skateboarding, live concerts, a DJ competition, yoga, a fashion show and perhaps most important, food.

Jacobellis says each and every competitor brings something special to the event whether it be their own flair, personality or style. She says the crowd can tell based on their style where they are from.

The winners of this tournament will qualify for a worldwide tour and it will help them qualify as surfing will be a part of the Olympics in 2020. 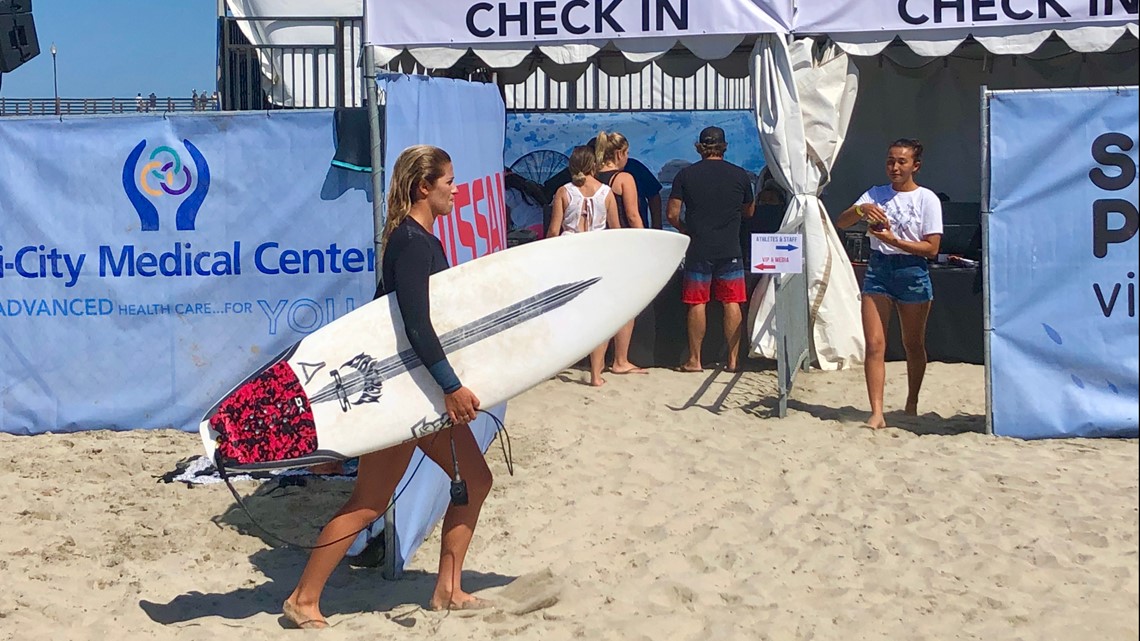