Tickets are available for the San Diego Open at the Barnes Tennis Center which goes through the weekend with the finals on Sunday. 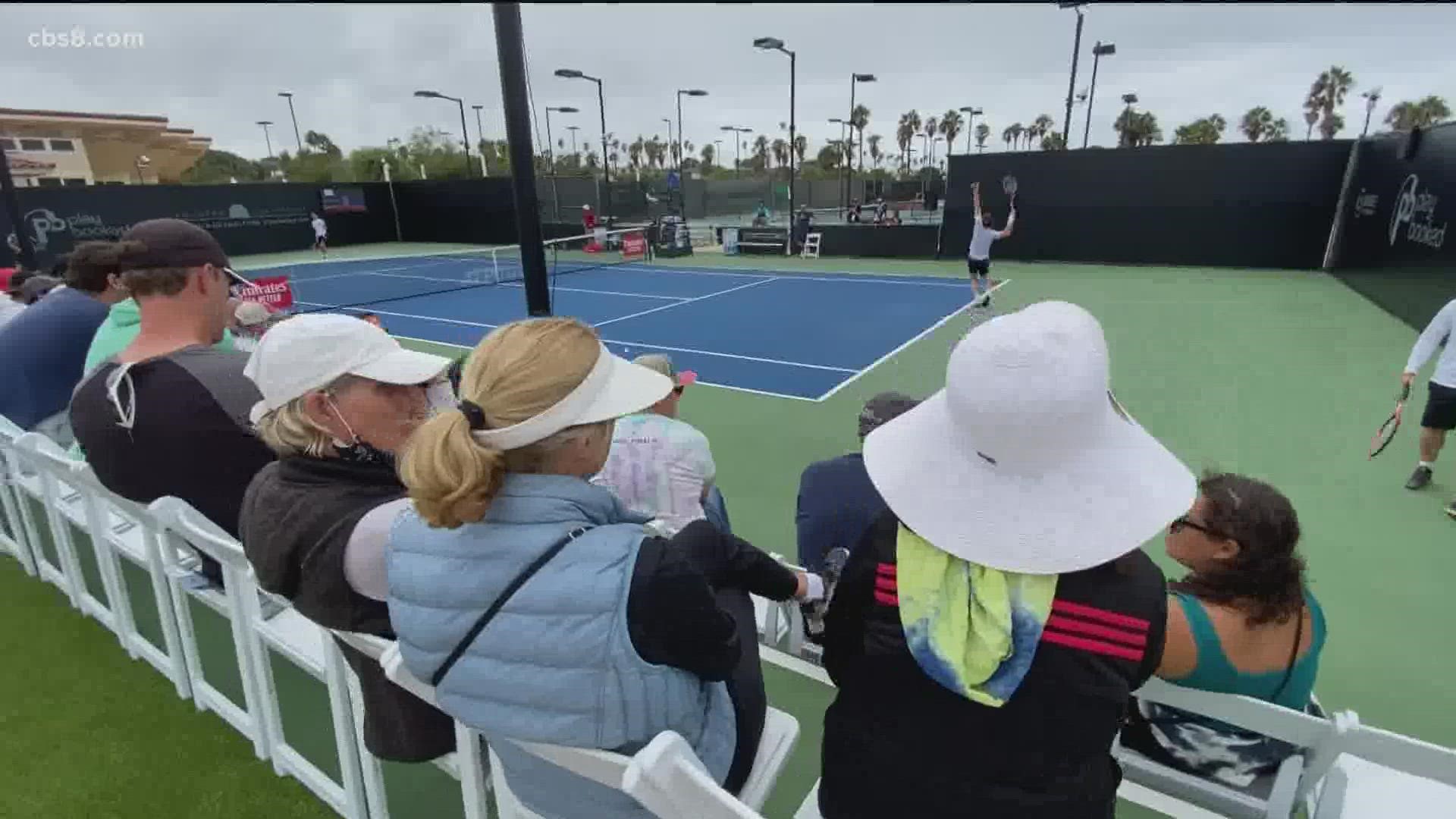 SAN DIEGO — The Association of Tennis Professionals Men's tour is in San Diego for the first time. It's because the Asian leg of the tour was canceled, said Ryan Redondo Tournament Director.

"Andy Murray is practicing behind me," said Redondo. "He's a Wimbledon Champion. It's historical for San Diego."

Historical because San Diego has never had a men's ATP event here.

"We got this event six weeks ago and we were able to make it happen," Redondo said.

The main draw started Monday at the Barnes Tennis Center.

This is a great time for tennis fans in San Diego with kids carrying giant tennis balls looking for autographs. And for big kids too.

"It's just great to see the high quality of tennis that is being played here," said one fan.

Tickets are available for the San Diego Open at the Barnes Tennis Center which goes through the weekend with the finals on Sunday.

WATCH RELATED: A look back at Maureen Connolly, the first woman to win the tennis grand slam in 1953