Garcia becomes the first woman to own an entire sports league independent from a team. St. Louis football may be returning some day 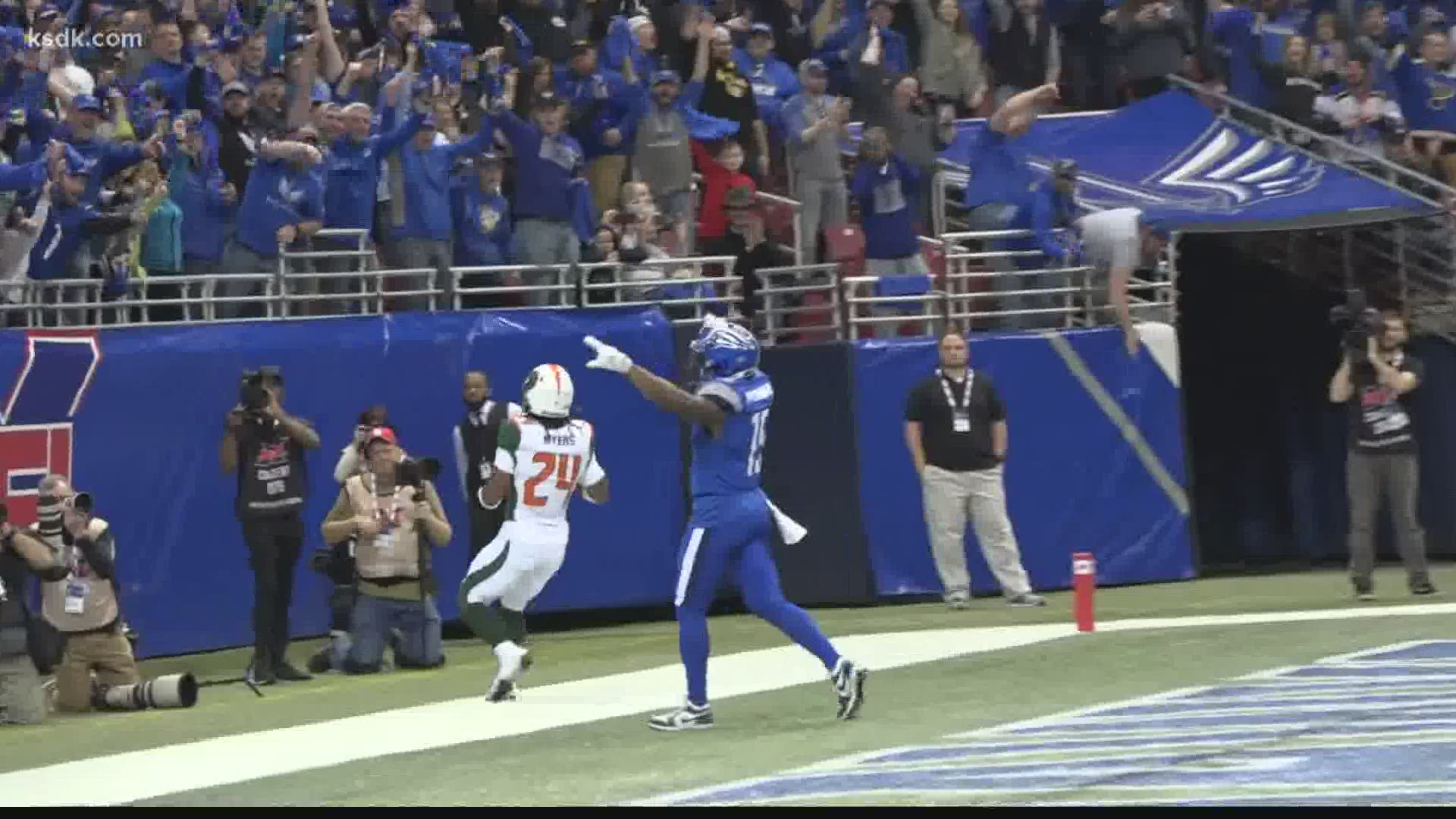 ST. LOUIS — Can you smell what The Rock is cooking?!

In this particular case of news, St. Louis football fans might want to pay attention. Dwayne "The Rock" Johnson and his business partner, Dany Garcia, have partnered with RedBird Capital to purchase the XFL, which filed for bankruptcy earlier this year. KA-KAW!!

Forget some of the past affairs and faulty logic of the XFL's unfortunate history for a minute, and just be excited. Now, there's no definite language yet on whether or not the teams in the league will play on under the new ownership, but I have a good feeling most of the teams will stay active. The XFL had a good thing going this time until the global pandemic wiped out its viability.

This was especially tragic for the Battlehawks, who were immediately adopted as St. Louis' own when they began play. A city torn apart by greed and lies was made whole again. Tailgates took place outside the Edward Jones Dome, and football fever returned to this town. Getting that back would be the medicine that this unfortunate year direly needs.

This new league would be in the right hands. Football is in Johnson's DNA, dating all the way back to his days playing for the University of Miami. A fearsome defensive tackle, Johnson had the talent to go pro, but tore up his knee. I think he's done alright since, carving out a career drenched in superstardom. First, he was a world class wrestling champion, and then he dominated the world of movies. If a movie stars The Rock, you can bet it's going to make money. He's so money, Tom Cruise should take notice.

Johnson recently played an ex-football star turned business manager in HBO's "Ballers," which examined the hard knock rough edges of the modern day sport. It was a role that allowed him to merge two vital parts of his life: football and make believe. Now he can make them whole once again. Let's face it, the XFL is like one big movie when it takes place on the field. It's more exciting than the NFL and is crowded with islands of misfit toys, which were separated from Division 2 colleges and NFL practice squads.

Garcia is a co-owner of the league now as well, which should inspire every young woman to understand that there is no cap to a female's reach in sports. Slowly but surely, the sports offices are being infiltrated, in a great way, by the women. Garcia has built so many great things with Johnson, but now she can take center stage at the forefront of a sports franchise. According to Johnson, Garcia becomes the first woman to own an entire sports league independent from a team.

Taking a moment to illuminate this very cool and huge milestone.
My XFL partner, Dany Garcia becomes the first woman to OWN an entire sports league independent from a team. She was the architect in this acquisition and now we go to work - for the love of football. @xfl2020 https://t.co/7IOuGBSxYu

Once again, the details are still unknown. The $15 million stake from Johnson and Garcia's party gets the ball rolling. The connections are key here, especially when you think about Johnson's Under Armour brand and his relationship with Vince McMahon. Unlike past ownership, this one could stay the course due to the actor's global brand, which Garcia helped build for the past decade and a half.

All I am taking away from this right now is the fact that the Battlehawks may be coming back. There's more than a chance. Seeing their quick-growing popularity, the new owners would be crazy to take them off the schedule. A new quarterback may be needed, but the core of the team-and so many others like it-are there, all set to go.

As The Rock would say, let's get to work. I can smell what he's cooking, and it sounds like socially distanced tailgates and St. Louis football hopefully returning.

What do you think? Let me know on Twitter @buffa82.