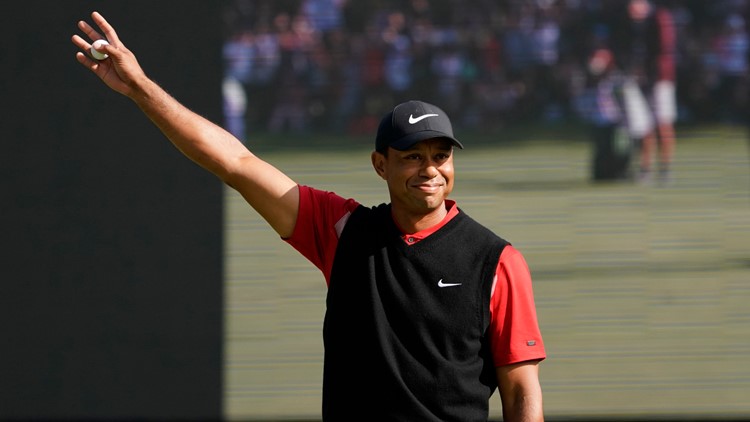 Photo by: AP Photo/Lee Jin-man
Tiger Woods of the United States celebrates after his putt during the final round of the Zozo Championship PGA Tour at the Accordia Golf Narashino country club in Inzai, east of Tokyo, Japan, Monday, Oct. 28, 2019.

Tiger Woods commits to play in the Farmers Insurance Open

SAN DIEGO — Tiger Woods has committed to the 2020 Farmers Insurance Open at Torrey Pines, during which he'll pursue an eighth tournament victory and the chance to become the PGA Tour's all-time winningest golfer.

Woods, currently at 82 wins, needs only one more victory to move ahead of World Golf Hall of Famer Sam Snead. Woods, the tournament's all-time leading money winner with nearly $7 million earned, will look to add to his tournament legacy with an eighth win at the event across 19 overall appearances.

"The fact that Tiger will have his first opportunity to set the all- time record for PGA Tour wins at the Farmers Insurance Open is truly fitting," Century Club of San Diego CEO Marty Gorsich said. "Tiger has had such remarkable success here, dating back to his eighth career victory, when he won this tournament for the first time in 1999. What he has done since returning from his back injuries has been great for the game of golf, and we are excited to welcome him back for a fourth consecutive year."

Local golfers already signed up to play in the January 22-26 tournament include Rickie Fowler, Jamie Lovemark, Phil Mickelson, Pat Perez, Xander Schauffele and J.J. Spaun. The field does not finalize until Jan. 17.