The inaugural season for the BattleHawks may have lasted just five games, but the team was able to make its mark on St. Louis 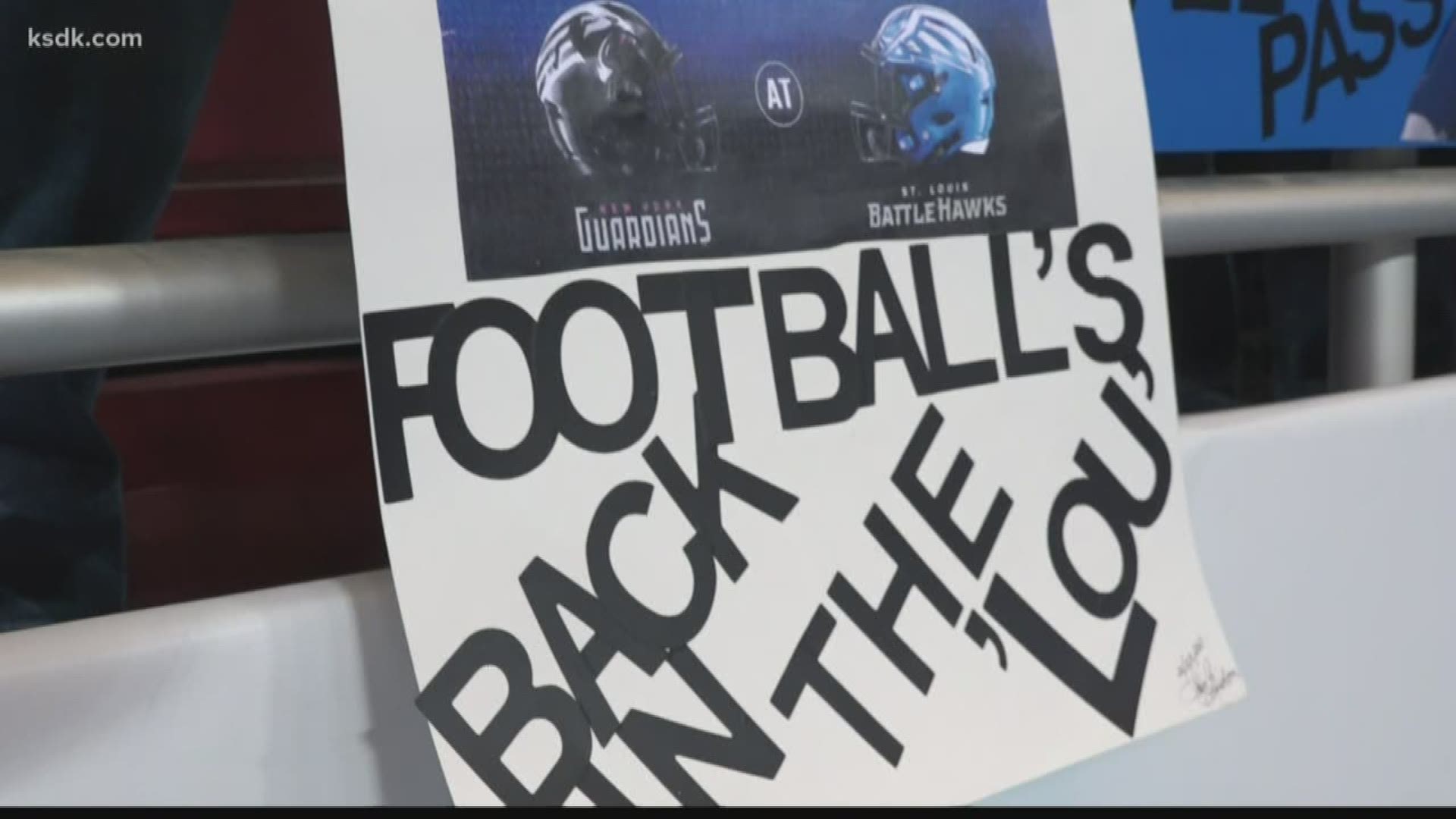 The XFL was one of the last major leagues to announce they were suspending operations in the wake of the coronavrius on Thursday, joining the NBA, MLB, MLS, NHL and NCAA.

Now, it looks like we've seen the last professional football game in St. Louis for the foreseeable future.

But players and fans have taken to social media to show their appreciation for the brief, but exciting season the BattleHawks gave the city.

"Appreciate the love and support the fans & community gave me in St. Louis!! Not sure what the future holds but I’d come back in a heart beat," star quarterback Jordan Ta'amu said on Twitter.

"Welp, it's over," BattleHawks quarterback Nick Fitzgerald wrote on Twitter. "Thank you so much St. Louis for an incredible half of a season!"

"Thank you St. Louis BattleHawks for some of the greatest memories of my life," BattleHawks kicker Taylor Russolino said on Twitter.

"It was fun while it lasted! Thank you to the city of STL and the BattleHawks for the wild ride. We proved we are a football town #kakaw," St. Louis native and BattleHawks lineman Brian Folkerts said.

The BattleHawks went 3-2 in the five games of their inaugural season, and were undefeated at home, packing The Dome with crowds in the upper-20.000.

The XFL announced players would still receive their base salary and benefits for the season, and fans would either be refunded for tickets they've bought or receive credit to be used towards future tickets.

RELATED: BattleHawks adding thousands of seats for next home game