Jacksonville tech expert Tyler Wildman said what Apple isn't telling you, is that it can still track you through your Apple ID. 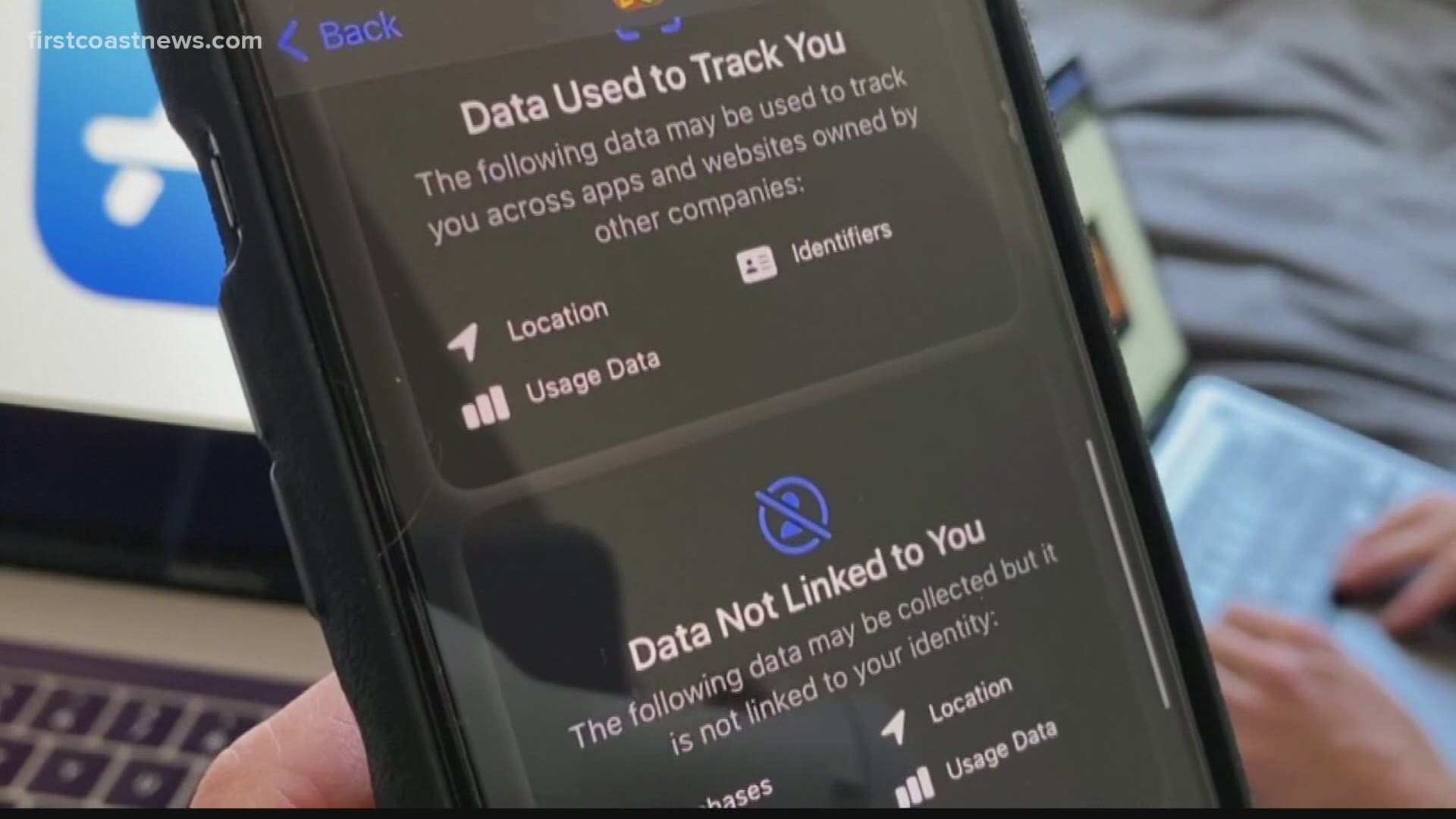 JACKSONVILLE, Fla. — Apple's top executives said looking out for your best interests prompted them to create an anti-tracking privacy shield in its latest update, iOS 14.5.

This means companies that make apps for your phone, like Facebook and TikTok, now have to ask for your permission to track you. In Apple promoting the change, the company said "Your information is for sale. You have become the product."

Tracking you collects information like your age, location, health information, spending habits and browsing history, among other information.

According to Jacksonville tech expert and CEO of Identity Theft Countermeasures Group, Tyler Wildman, companies that make apps for your phone have tracked what you do on your phone for a while. He said they use the information to create targeted ads to make money off of you.

“Anytime somebody claims that they're giving you privacy when you're dealing with digital devices, it's they're really giving you a sales pitch just to be quite frank with you," Wildman said.

Apple claimed it's looking out for the consumer, but Wildman said what they're not telling that consumer is they can still track you with your Apple ID.

“Apple is kind of selling a certain persona like, 'Hey. We do not do this. Other companies may, but we're better than that, and we don't do it,' and I don't think that's the whole story," Wildman said.

Facebook executives argue that the move hurts small businesses who rely on those ads.

"What I think it really is, is that they're mad because it's kind of like, 'Hey. You're acting like you don't do what we're doing, but you do. You're just saying that you're not doing it,'" he said.

Wildman said if you decide to opt out of the apps tracking you, you will see fewer ads and fewer popups. He said there's no way to opt-out of Apple tracking you, however. Wildman advises everyone to read privacy agreements for everything before checking agree.