The American-made drone uses a series of cameras to detect objects and avoid collisions. 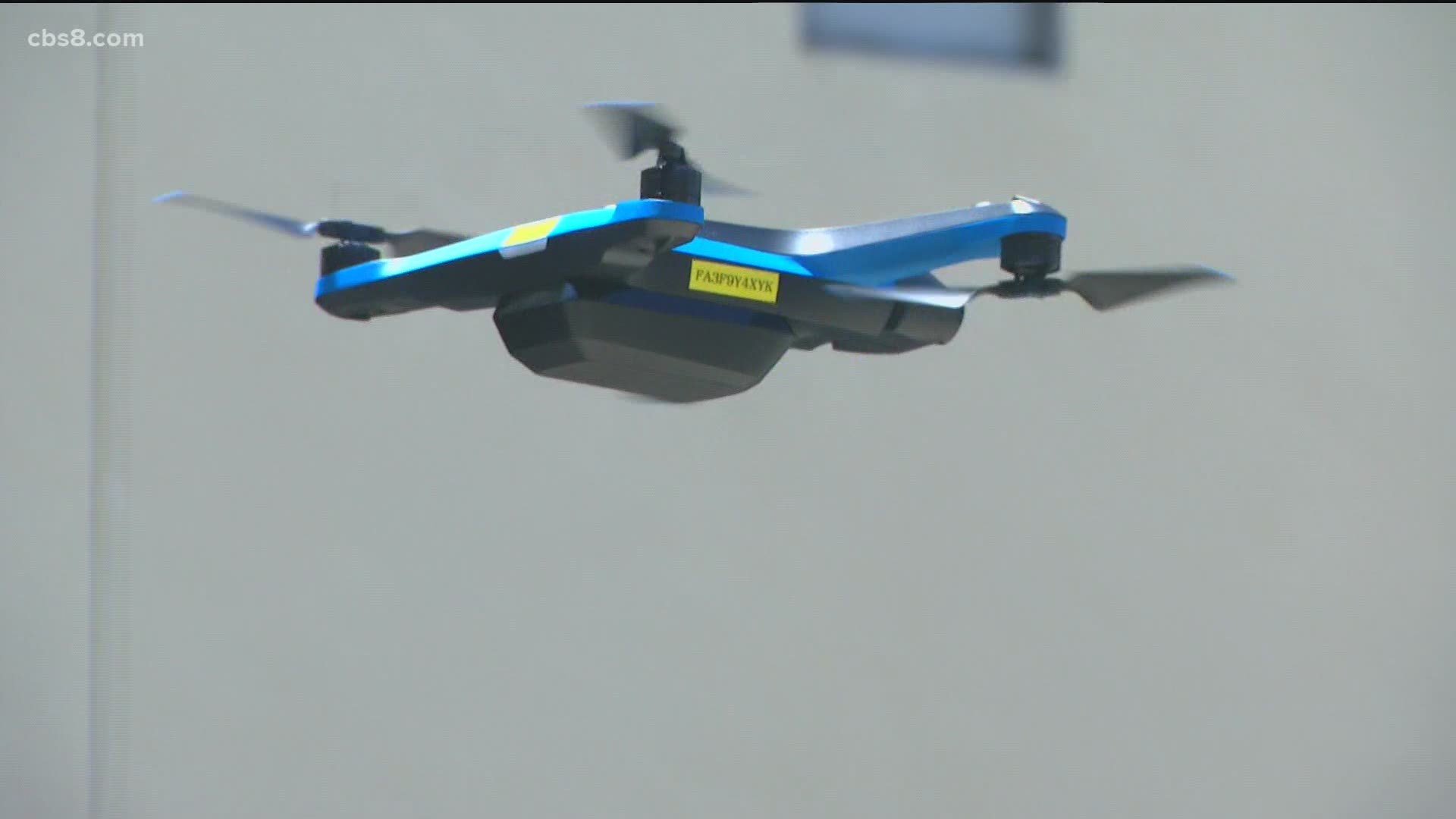 CHULA VISTA, Calif. — The Chula Vista Police Department received certification to fly its drones beyond line-of-sight. It is the first police department in the nation to receive such approval from the Federal Aviation Administration.

“We're able to rely on [the drone’s] features alone so we can keep our eyes on the screen, which avoids us having to either watch the drone and stop watching whatever threat could be out there or tasking another officer [to spot],” said Officer Kyle Roberts with the agency.

The department purchased new Skydio drones for the task. The American-made drone uses a series of cameras to detect objects and avoid collisions, which allows the pilots to fly around buildings or into hard-to-access canyons during the day.

The new drones are smaller and can be kept in the trunk of an officer’s patrol car until needed. The department has found them useful on the east side of the city, which is outside the range of its current drone fleet.

“I found myself out east at the end of a pursuit with several subjects running away from a vehicle. I was able to get the drone up in the air pretty quickly and aid officers in the search,” said Agent Jonathan Boyce, who recently became a trained pilot with the Chula Vista Police Department.

All of the suspects were apprehended.

Traditionally, drone pilots must use a trained spotter who can see the drone at all times.

The Skydio drones do not replace the department’s existing drones, which are based on buildings on the city’s west side and dispatched from police headquarters. Those DJI drones are larger and are equipped with speakers. Most recently, CVPD used the drones to contact homeless encampments deep in a canyon to offer health services.

All of the drones are only used to respond to calls or in an emergency. They do not patrol the city. Every flight is logged here.

“It just it adds so much more as to, ‘hey, we can go this way, too, or this is a different direction we can go’ [when responding to a call],” said Boyce. “It just gives officers a better layout as to what’s going on before they even walk anywhere.”

RELATED: Why a drone may save your life sometime soon in San Diego