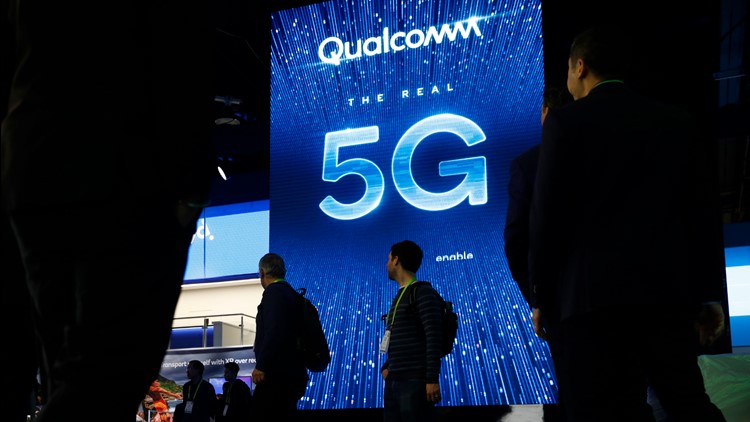 Numerous county residents spoke out against the rollout of 5G small- cell wireless towers, mainly for health reasons, including concern over radiation levels.

According to the county, the ordinance complies with requirements for radiofrequency emissions set by the Federal Communications Commission. It also requires wireless carriers to submit annual reports on and post warnings of RF emissions.

County officials said that because of strict FCC rules, they were limited on how much they could do in response.

"Today's motion pushes against federal control as much as we can," Board Chairwoman Dianne Jacob said. "I remain vehemently opposed to federal policy that usurps our local land authority."

Supervisor Jim Desmond seemed to sum up the board's attitude when he said, "We can't do a damn thing here to protect (residents) on health or aesthetics."

"It's the worst feeling in the world when the community comes here, and we look you in the eye and tell you our hands are tied," she added. "We're not going home happy today."

Last fall, the FCC approved a rule, now in effect, on the 5G wireless network deployment. According to critics, the rule curtails local authority by limiting fees that local governments may assess on companies that place or build new wireless service facilities.

During a February meeting on the 5G roll-out, supervisors asked county staff to make additional recommendations on the small-cell facilities.

Before publicizing a draft ordinance on May 31, county Planning & Development Services Department reviewed wireless ordinances of other municipal governments, and met with local organizations, citizens and wireless companies.

Last month, the county Planning Commission recommended adopting the ordinance. During today's meeting, residents urged the board to limit where 5G wireless facilities could be placed. They also stressed that such technology was harmful to health, and would lower property values and aesthetics.

Holly Manion, a real estate agent based in Rancho Santa Fe, said if the board didn't take steps now, "poles will scar our skyline, and scenic neighborhoods."

"Instead of scenic views, San Diego County will look like a pin cushion of cell towers unless we are able to exercise some local control," she added.

Manion said she was also concerned about how the 5G structures would affect migratory birds.

San Diego resident Mair Rathburn said 5G technology hasn't been properly studied and is "being forced upon us."

"Somebody, somewhere at some time has to start thinking about the public health," Rathburn said. "I'm no laboratory rat -- neither are you, your children (or) your pets. It's too much, too soon."

Cellular phone industry representatives told the board that 5G technology is needed to help them meet customer demands and challenged some of the ordinance requirements as too burdensome. "It's incumbent upon us to improve our network ability with more wireless devices," said, Mike Farraher, an executive with Verizon Wireless.

He said the average household has 13 devices and without small-cell facilities, Verizon can't maintain good service.

Farraher also said that small-cell facilities are considerably less powerful than standard cell phone towers, which is why they have to be placed close to buildings.

John Osborne, an official with AT&T, said that while his company has no plans to place thousands of small-cell towers across the county, the 5G devices are small and wouldn't become a visual eyesore in communities.