COVID-19 cases appear to be spreading along major freeways, like I-5 and I-10

As counties reopen and relax on social distancing, more people are starting to road trip again, contributing to the spread COVID-19. 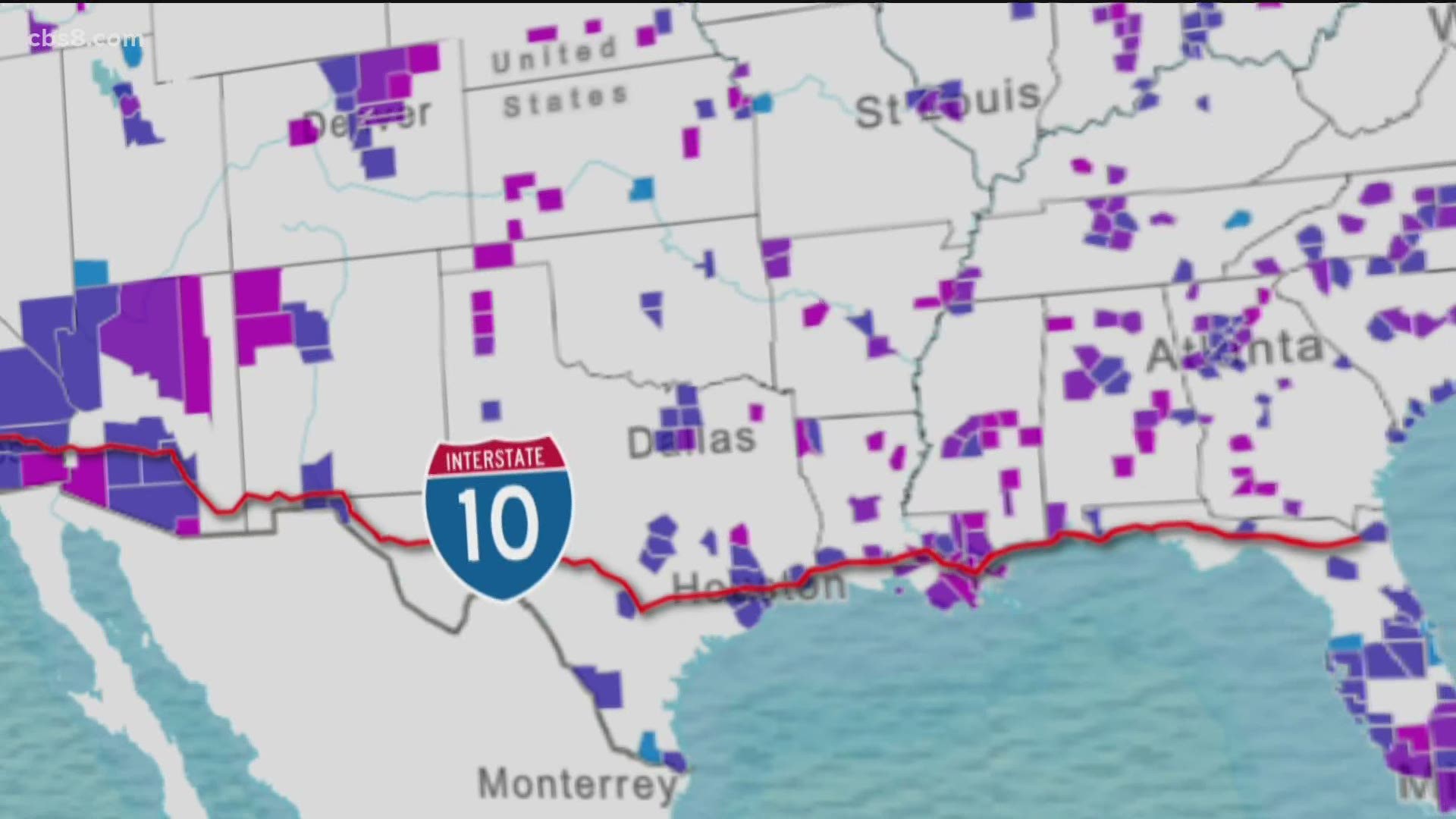 SAN DIEGO COUNTY, Calif. — Dr. David Rubin is one of the lead investigators at PolicyLab at Childrens's hospital in Philadelphia. He helped develop a model to track and project COVID-19 transmission across the country.

"I've been worried about Southern California in our model for several weeks," said Rubin.

Rubin said infections appear to be clustered around the I-10, which stretches across the country and hard-hit Arizona into California. Cases are also centered alongside the I-5, which runs the length of California. The data suggests the case increases are in counties where the interstates run through and coincides with re-openings.

"San Diego is surrounded by Orange County, Riverside, Imperial, [counties] so we don't need to look all the way to Arizona. There's been a lot of risk in Riverside and Imperial communities for weeks and in many ways, could have seeded a lot of the epidemics going on in the Southwest," said Rubin.

Rubin said the recent San Diego County numbers are good. Hospitalizations are down, even though there are more cases due to an increase in testing. So, right now is the time to remain vigilant as we start leaving and returning to our communities.

"Our message has not been that people should not travel. It is about what we do - accommodations we make in our communities to protect people from transmission, not just community members, but from people traveling through," said Rubin.

Health officials said it is too early to forecast if the recent protests across the country could be the source of widespread community transmission.

For a look at this research by PolicyLab, click here.

RELATED: Latinos getting COVID-19 at 4 times the rate of whites in San Diego County