Erin Jackson was 35 years old when she learned that she was donor-conceived. She isn't the only one. 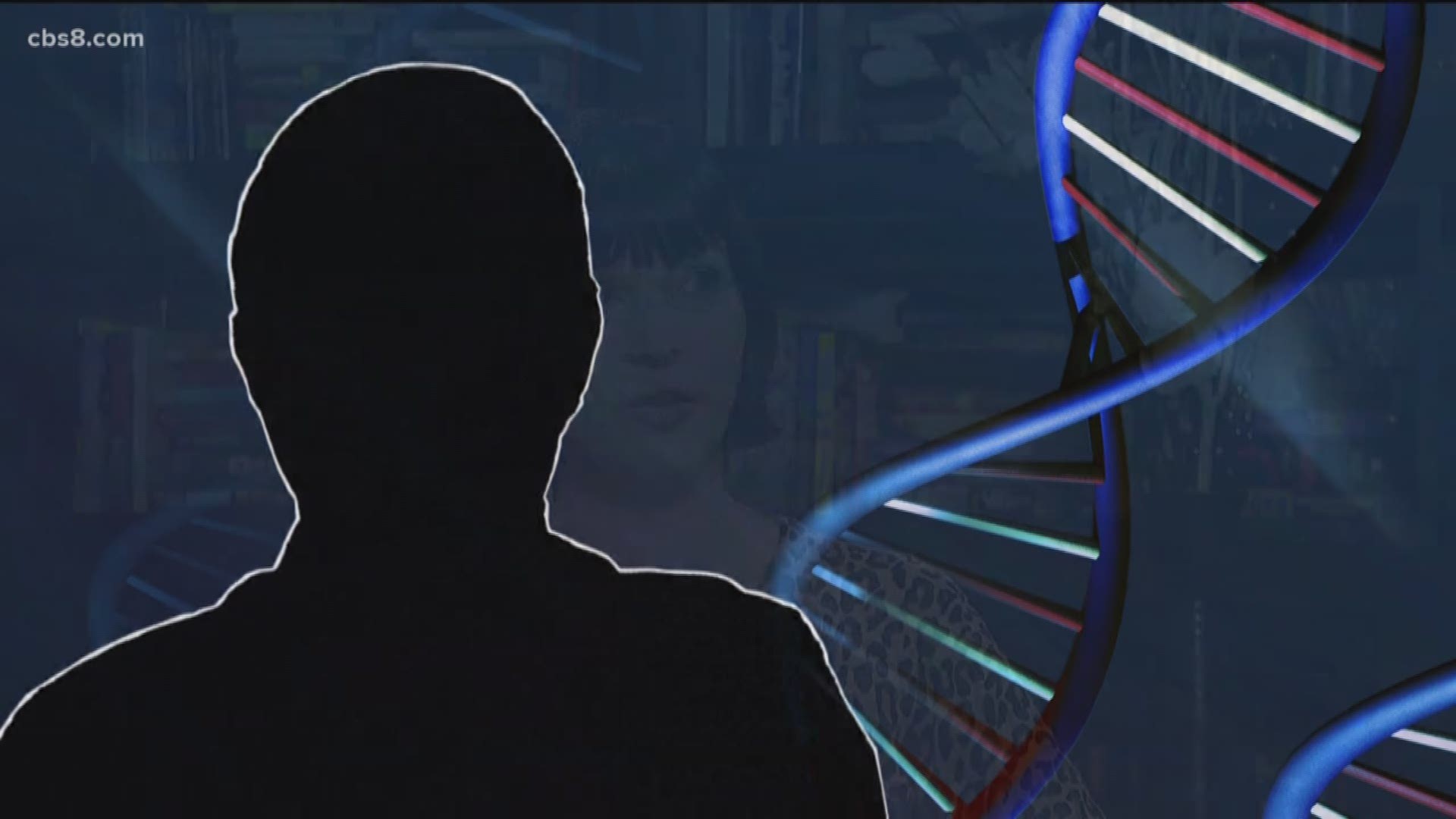 SAN DIEGO — For decades, classified ads seeking sperm donors were as common in college newspapers as ads for apartments and tutors. Students could earn $70 to $105 a week. Back in the 1980s and '90s, many men donated their sperm with the expectation of anonymity. Thanks to the proliferation of DNA tests, everything has changed.

Erin Jackson was 35 years old when she learned that she was donor-conceived.

“My brain exploded into a million pieces,” said the San Diego-based freelance writer and nonprofit founder. “Not knowing who your father is - or your biological father is - is pretty disorienting.”

Jackson took a DNA test and the results stunned her.

“The first thing I found out is that I have Jewish ancestry. The second was that I found a half-brother," said Jackson.

Jackson has since learned she has at least five half-siblings from the same biological father.

Jackson also contacted her biological father hoping for answers to medical questions and family history, but it didn't go well.

“He said that he was promised privacy and anonymity and that's really it," said Jackson.

“He’s not interested in communicating with me or us, but I’m at peace with that now," she said.

Not every person who donates sperm feels the same way as Jackson's biological father. Todd Whitehurst was a student at Stanford in the '90s when he saw the ads.

Todd says he donated 400 times. Since each donation leads to 24 sellable vials, theoretically, he could have 9,600 biological children. So far, Todd has met more than 20 of his donor-conceived children. He says it’s the right thing to do, but only if the children want to meet.

For sperm banks, DNA tests have definitely changed the industry. Angelo Allard works for Seattle Sperm Bank, which has an office in San Diego.

“Over the course of the last two years, there [have] been more donors - potential donors - applying to be in the program that have come with the question of - 'could I be identified by a DNA test?'” Allard said.

Allard said his company realizes that it can't guarantee anonymity so it offers what's called open "identity disclosure." Recipients agree that they won't try to identify or contact the donor, but in exchange, the donor-conceived child can get answers to important questions.

This allows donor-conceived people to get important ancestry and medical information.

Allard said this policy hasn't scared away donors. While they have gotten more questions, the number of donors hasn't decreased.

“You really have to have that understanding that there is no anonymity today,” said Stephanie Caballero.

She’s a local attorney who specializes in reproductive law. Caballero added that, not all that long ago, parents didn't get a whole lot of information about donors.

“Height, hair color, eye color, he's going to medical school and this is his background - that's what you got," said Caballero.

She adds that no one predicted 20 years ago that DNA tests would be so readily available, so who knows where technology will be 10 years from now? Bottom line: Not only do donors need to know they'll probably be found, but parents need to understand that you can't hide the truth from your children.

Jackson agrees. She wishes her parents had been upfront and honest with her a lot sooner, but she's turned her frustration and confusion into a positive through the website  We Are Donor Conceived. She's helping other donor-conceived people navigate the roller coaster of emotions that come with the shocking news.

Because of poor record-keeping in the '80s and '90s, no one really has any idea how many donor-conceived people there are in the country, but through DNA tests and online registries, siblings are finding each other. For Jackson, that's pretty cool.

“I'm hoping to see them all this year before I turn 40," said Jackson. "It's really important to me, even if it's just one meeting to lay eyes on them and say, ‘You're my family and you matter to me.'”

RELATED: First, she had his baby. 12 years later, they met, then fell in love.