Jeremy Long, a professor of marine ecology at San Diego State University, took his research laboratory home with him. 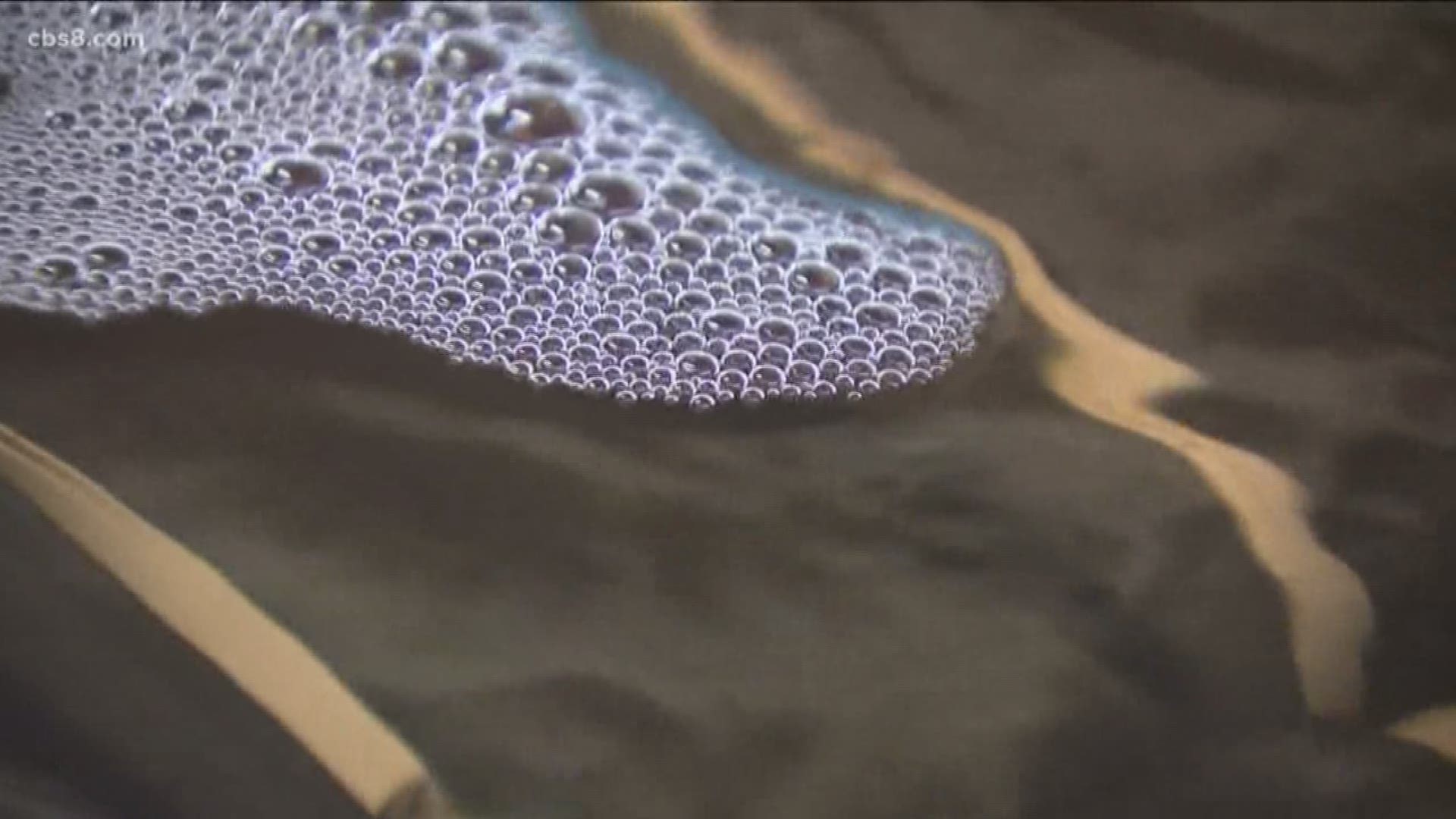 SAN DIEGO — Talking into his phone and holding a caliper, San Diego State professor Jeremy Long read out the diameter of a turban snail.

"Snail 80, 9.38," he said while reading the measurements to his technician assistant, Wendy, who was recording the data elsewhere. Before the virus, Jeremy and Wendy were working side-by-side in a laboratory.

In early March and with a grant from the U.S. Navy, Long and an army of undergraduate assistants wanted to find the effects of an invasive seaweed on the endangered sea snail: the Black Abalone.

However, with the coronavirus rearing its ugly head, Long and his team had some difficult decisions to make.

"Do we abort it?" said Long. "It certainly would have been a lot easier."

So, instead of scrapping the whole experiment, Long moved a bathtub-sized tank into his garage in order to study the effects on the snails. The set up proved to be complicated and not something that Long was used to.

"I'm used to working in facilities that have flowing seawater," he said. "When I want to do an experiment, the seawater is magically there."

Even with these challenges, Long believes the set up in his garage is giving him results. It's also the hands-on science that he signed up for when he decided to become a scientist.

"What attracted me to science was this - doing the science in the field, looking how organisms are interacting with each other," said Long.

Long is overcoming obstacles to find the truth in extraordinary times.

RELATED: Earth Day: Humans slowing down is helping the planet and wildlife