25,000 barrels found dumped in ocean off the coast of Los Angeles 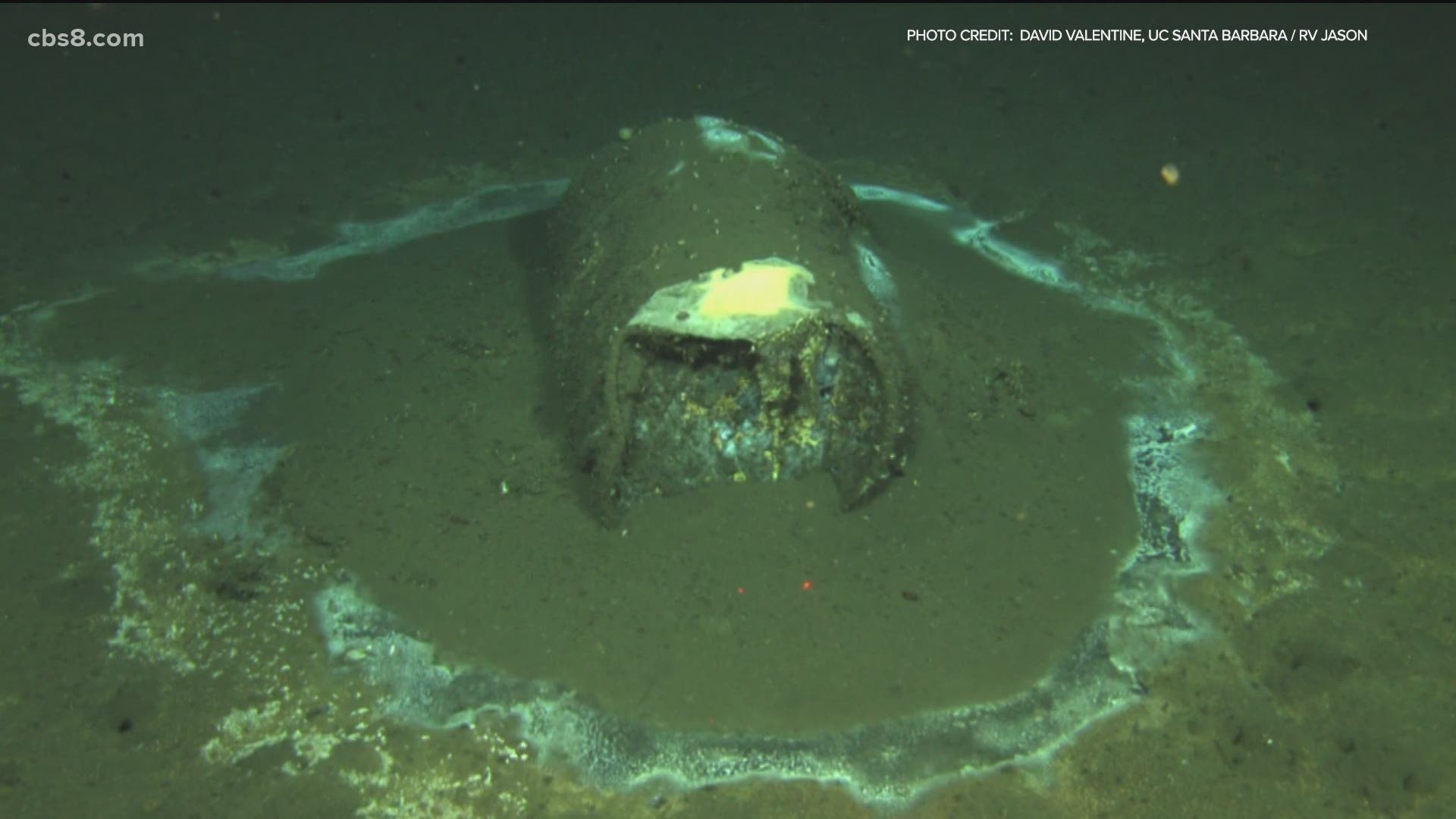 SAN DIEGO — UC San Diego's Scripps Institution of Oceanography led an expedition to map more than 36,000 acres of the ocean's floor between the Los Angeles coast and Catalina Island.  The region has previously been found to contain high levels of DDT, the toxic chemical, in sediments from the seafloor.

The expedition ran for two weeks in March and was developed in collaboration with NOAA’s Office of Marine and Aviation Operations and the National Oceanographic Partnership Program according to a release by UC San Diego's Scripps Institution of Oceanography on Monday.

According to the survey, the research vessel identified more than 25,000 targets with high confidence to be classified as a barrel, and an excess of 100,000 total debris objects on the seafloor.

“Unfortunately, the basin offshore Los Angeles had been a dumping ground for industrial waste for several decades, beginning in the 1930s. We found an extensive debris field in the wide area survey,” said Eric Terrill, chief scientist of the expedition and director of the Marine Physical Laboratory at Scripps Institution of Oceanography in the release. “Now that we’ve mapped this area at very high resolution, we are hopeful the data will inform the development of strategies to address potential impacts from the dumping.”

Over the last decade, UC Santa Barbara professor David Valentine discovered concentrated accumulations of DDT in the sediments in the same region and confirmed 60 barrels on the seafloor. This served as a starting point for the expedition, which mapped an area twice the size of Manhattan.

Along with the sediments, scientists previously found high levels of DDT in marine mammals including dolphins and sea lions, with exposure to PCBs and DDT linked to the development of cancer in sea lions.

The researchers were only tasked with mapping the barrels. They did not take samples to determine what was in them and their ecological impact.

It is still not clear how DDT impacts our oceans, according to Scripps chemical oceanographer and professor of geosciences Lihini Aluwihare, who in 2015 co-authored a study that found a high abundance of DDT and other man-made chemicals in the blubber of Bottlenose Dolphins that died of natural causes.

“The uniquely high body burden of DDT in top predators feeding in Southern California waters has been known for some time. The extent of the dumping ground helps to explain some of these previous observations,” said Aluwhihare, who was not part of the survey expedition. “These results also raise questions about the continued exposure and potential impacts on marine mammal health, especially in light of how DDT has been shown to have multi-generational impacts in humans. How this vast quantity of DDT in sediments has been transformed by seafloor communities over time, and the pathways by which DDT and its degraded products enter the water column food web are questions that remain to be explored.”