With Venmo, Instagram and some buckets, two Pacific Beach community members are inspiring people to treat Pacific Beach like treasure instead of trash. 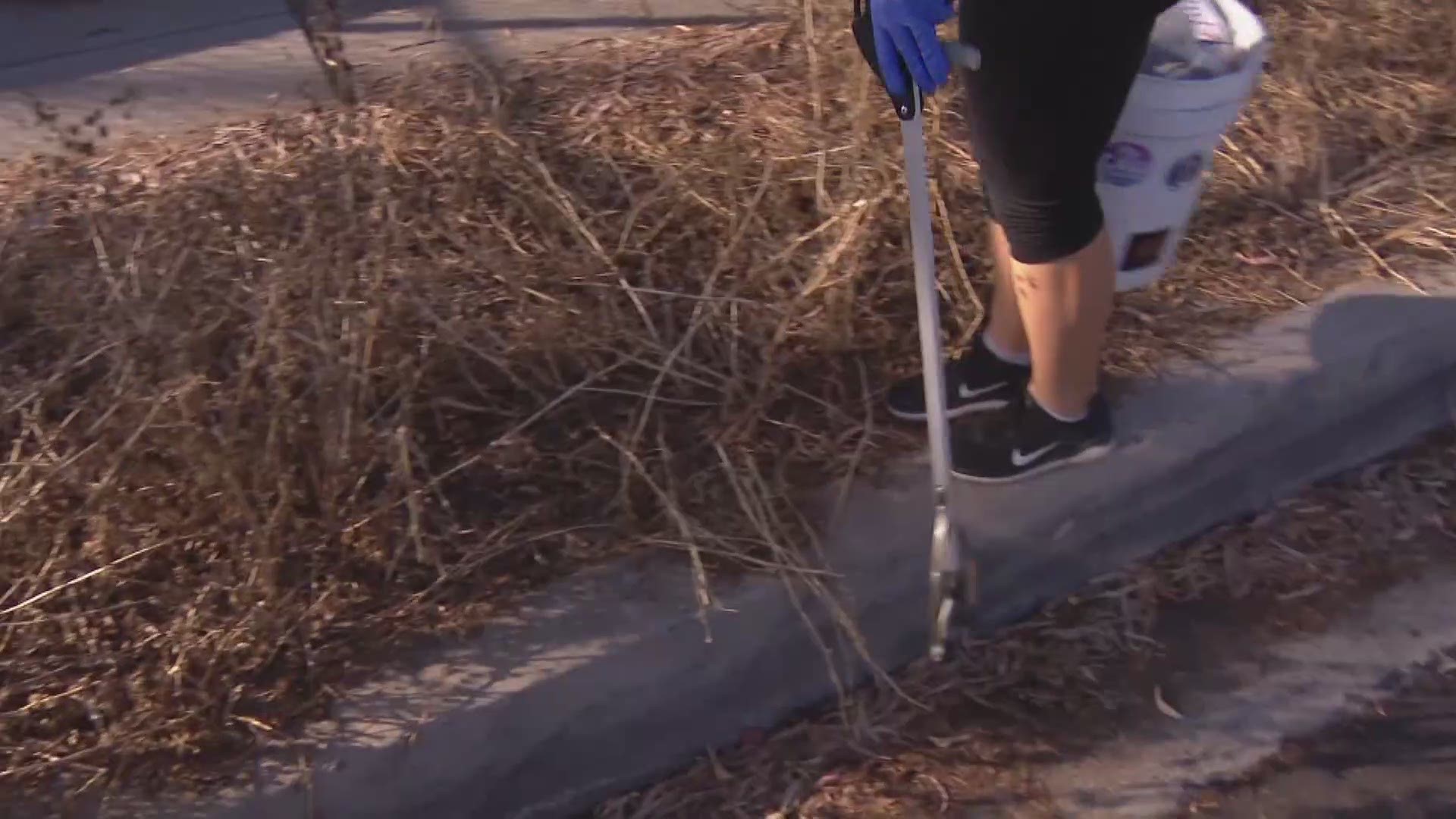 Natalie Sollock and Charley Kausen often pick up the pieces of their neighborhood in Pacific Beach. Sometimes when they’re picking up trash in the neighborhood, they’ll find something small, like cigarette buds, or something large, like a scooter in the storm drain.

It became painfully obvious: People were treating PB like trash.

”Obviously when you walk around and you constantly are intentionally looking for garbage, it can feel a little negative,” said Kausen. “You can constantly be reminded ‘I literally cleaned this up yesterday, and now there’s a pile of garbage.’”

Sollock and Kausen were picking up trash one day when they had an idea.

"We’ve both been picking up litter our entire lives, but Don’t Trash PB [started] in November 2018,” said Sollock.

“We were kind of getting shouted at out of car windows, ‘Why are you doing this? Did you get in trouble? Is this court ordered?'” said Kausen.

Here’s how their so-called passion project “Don’t Trash PB” works. First, you Venmo them a $15 deposit. In return, they’ll provide you which everything you need to clean up your community, from a decorated bucket to a “grabber.”

“You fill up a fill bucket,” said Kausen. “You can snap a picture and send it to us or post it on their [social media] feed and tag us. We send $5 right back to them. So if they do it three times, it’s all free and they get to keep it forever.”

Yes, if you fill it up three times, you get to keep the bucket for free and keep cleaning up PB. Thanks to some generous community sponsors such as the Rotary Club of San Diego Coastal, Don’t Trash PB has given away approximately 100 buckets to community members so far.

"I’m happy to help,” said one woman picking up her bucket from Kate Sessions Park.

“There’s kind of a double meaning to the name ‘Don’t trash PB.’ It also means don’t trash talk PB,” said Sollock. “So we’re meeting a lot of the core community members who respect the town and respect the neighborhoods and don’t just treat it like a trash can or just come here for vacation and flood the beaches with garbage essentially. So, I feel like we’re kind of embedding ourselves here.”

Sollock and Kausen said it’s common to find trash in street alleys, Garnet Avenue and along the beach.

Fortunately, they’re helping to make PB less trashy, one bucket at a time.

"The positivity of our community members has completely overridden that negativity,” said Kausen.

“Maybe these people will see it too and think twice about littering, like ‘oh, I’m not going to litter because I see people cleaning up,’” said Sollock.

The couple currently has about 40 buckets in their garage to give away before they rely on sponsors to order more.