Wednesday marks day five of the boil-water advisory in Poway. 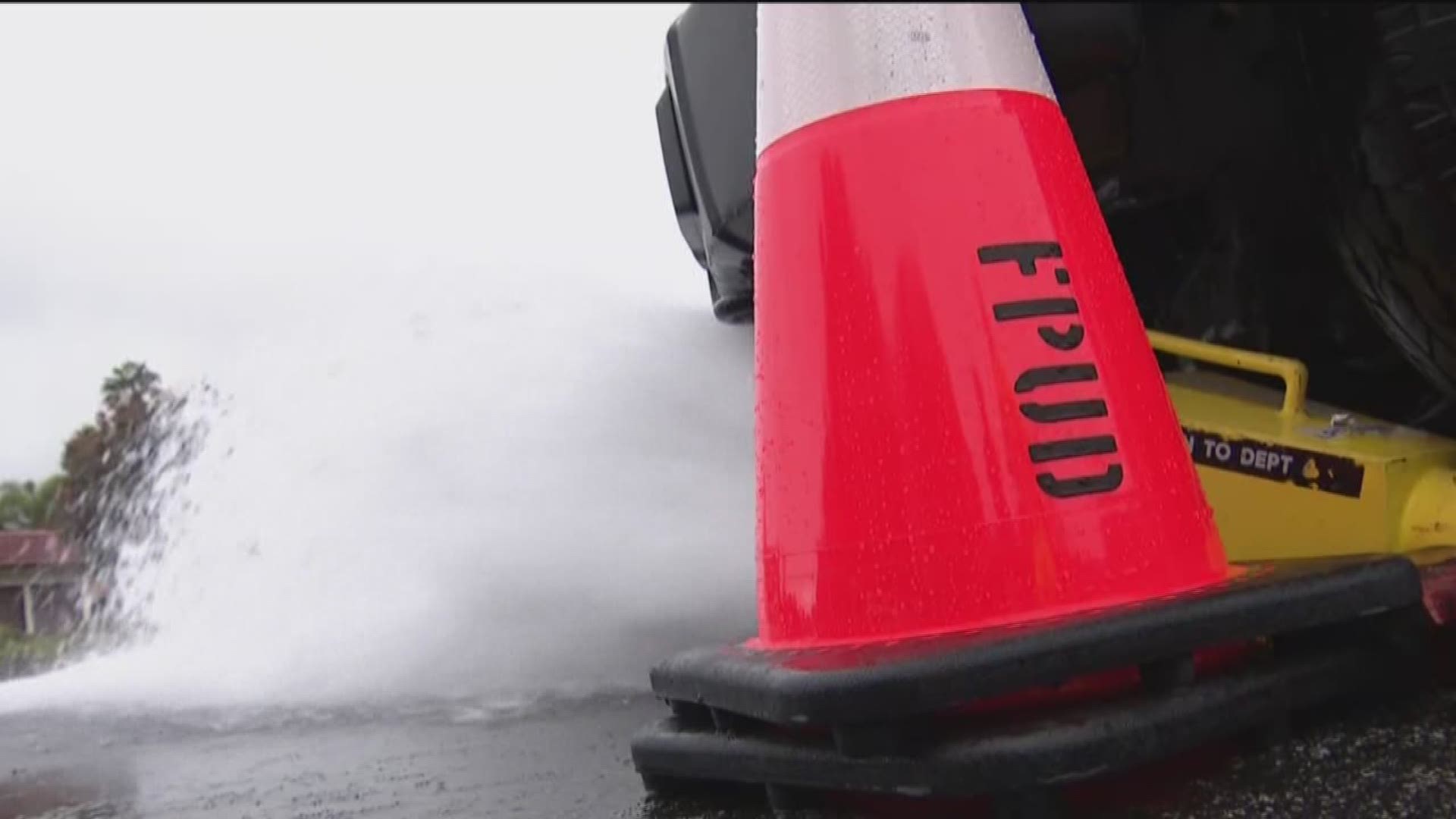 For five days, the city of Poway has been under a water boil advisory after last week’s storm water contaminated the drinking water.

POWAY HOPING FOR ANSWERS: Poway City Council meeting focuses on one question: What's up with the water?

“The flushing is actually removing the water from the distribution center, so it’s taking water currently in our system and flushing it out,” said Jessica Parks, Senior Management Analyst for the city of Poway.

The city is flushing gallons of water out of Poway fire hydrants.

“This is a huge task because it has to be done for the entire city,” said Parks.

Parks said the quicker water testing and flushing can be done, the quicker the city’s days-long boil advisory can be lifted.

“Our crews are working still around the clock to be able to get through all this sampling,” said Parks.

Volunteers from Poway Fire, the Red Cross and are helping to pass out bottled water.

“I feel for all the people of Poway, especially preparing for the holidays,” said Diana Alexander, a volunteer with the Red Cross.

It’s not recommended that people in Poway drink tap water.

After the Thanksgiving downpour, some storm water got into Poway’s drinking water through a flap that has now been sealed shut, but not after causing discoloration and contamination.

This has forced local restaurants like Panda Express, Dominos and Taco Shop to close.

“It’s their livelihood and we understand that we want to get this boil water advisory lifted as soon as possible and get them back in business,” said Parks.

KFMB asked Gov. Newsom about the water issue on Wednesday.

“We will make sure we secure those water systems in a healthy manner, but obviously this issue is a big issue even in the state, not just that community,” said Newsom.

Nearly every single water agency in San Diego is helping Poway out.

“We’re very lucky because we put in a call and other agencies have come to the rescue and are here helping us to do the flushing,” said Parks.