Students in Vista joined millions of other young people across the world during the Global Climate Strike demanding climate action. 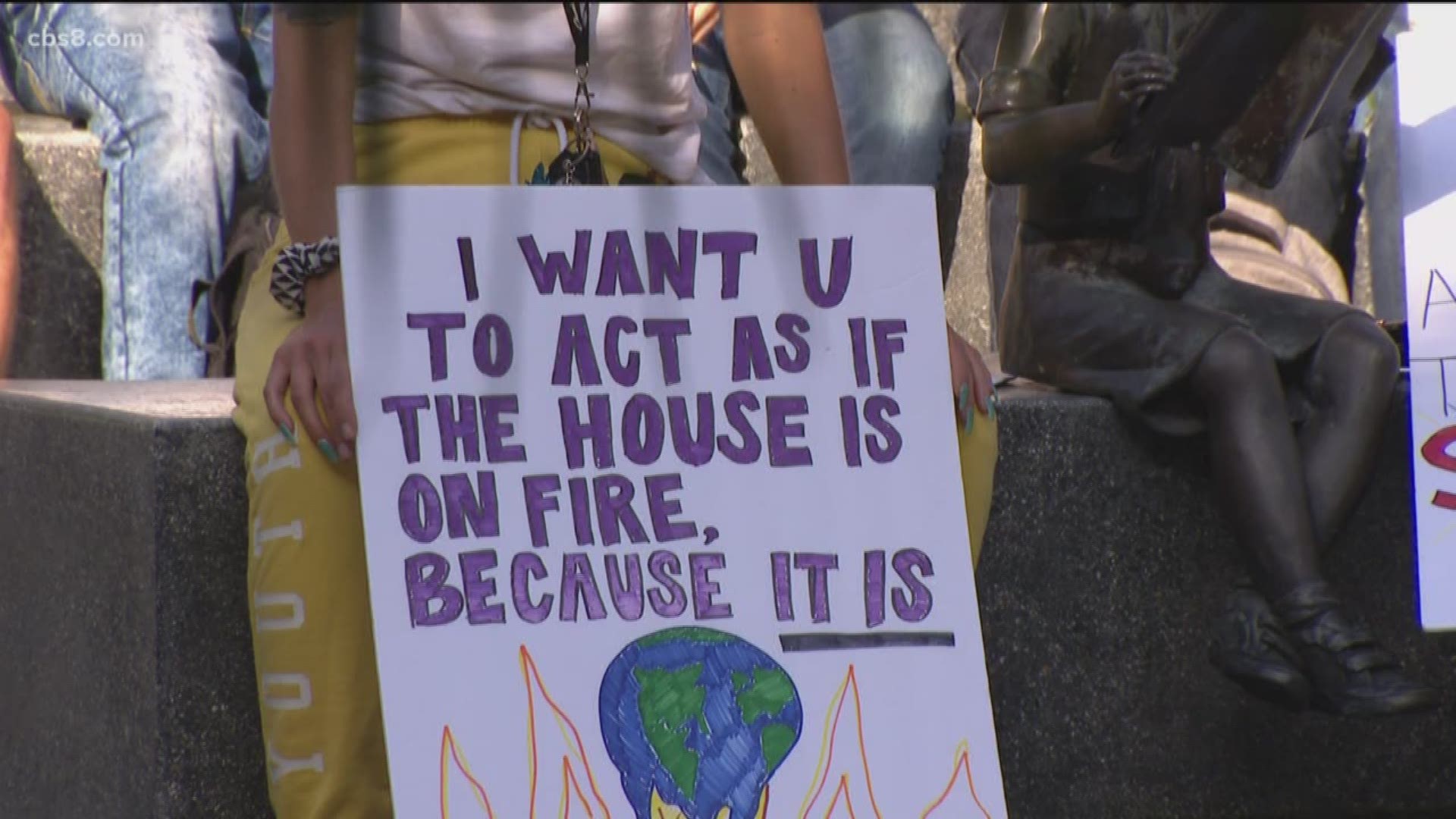 SAN DIEGO — A worldwide week of walk-outs and sit-ins calling for climate action came to an end Friday as students at UC San Diego marched to the library for a rally, and students at Rancho Buena Vista High School organized a sit-in to call for Vista’s City Council to move forward with its climate action plan.

“It has been seven years and there has not been implementation, and little to no updates,” said Leana Cortez, president of Rancho Buena Vista Generation Green.

Cortez is a senior at Rancho Buena Vista High School.

“We are the last generation to make a change before it is too late to combat the crucial and recasting effects that will last on the earth,” she said.

Gripping their signs, students in Vista joined San Diego 350.org and millions of other young people across the world during the Global Climate Strike demanding climate action.

Rancho Buena Vista High School senior Reace Pudvah said he “personally believes that the climate crisis that is going on is a human rights crisis.”

Also on Friday, UC San Diego students marched in solidarity for a Green New Deal, calling on the university for climate change and justice courses, meeting carbon neutral goals by 2025, and building a Universities of California wide green new deal.

From the global fight to the local level, students made it clear they are not giving up on protecting the environment and the planet.

“As citizens of Vista, children of Vista, we are the future and we want to make sure our future is here, and that starts at the local level,” said Leana.

The Vista City Council has held climate action plan presentations. University of California leaders said it has agreed to a three-point plan that addresses climate action. UC San Diego’s Green New Deal movement is in October 4, and the first Friday of the month.