Just how dangerous are Murder Hornets for humans? 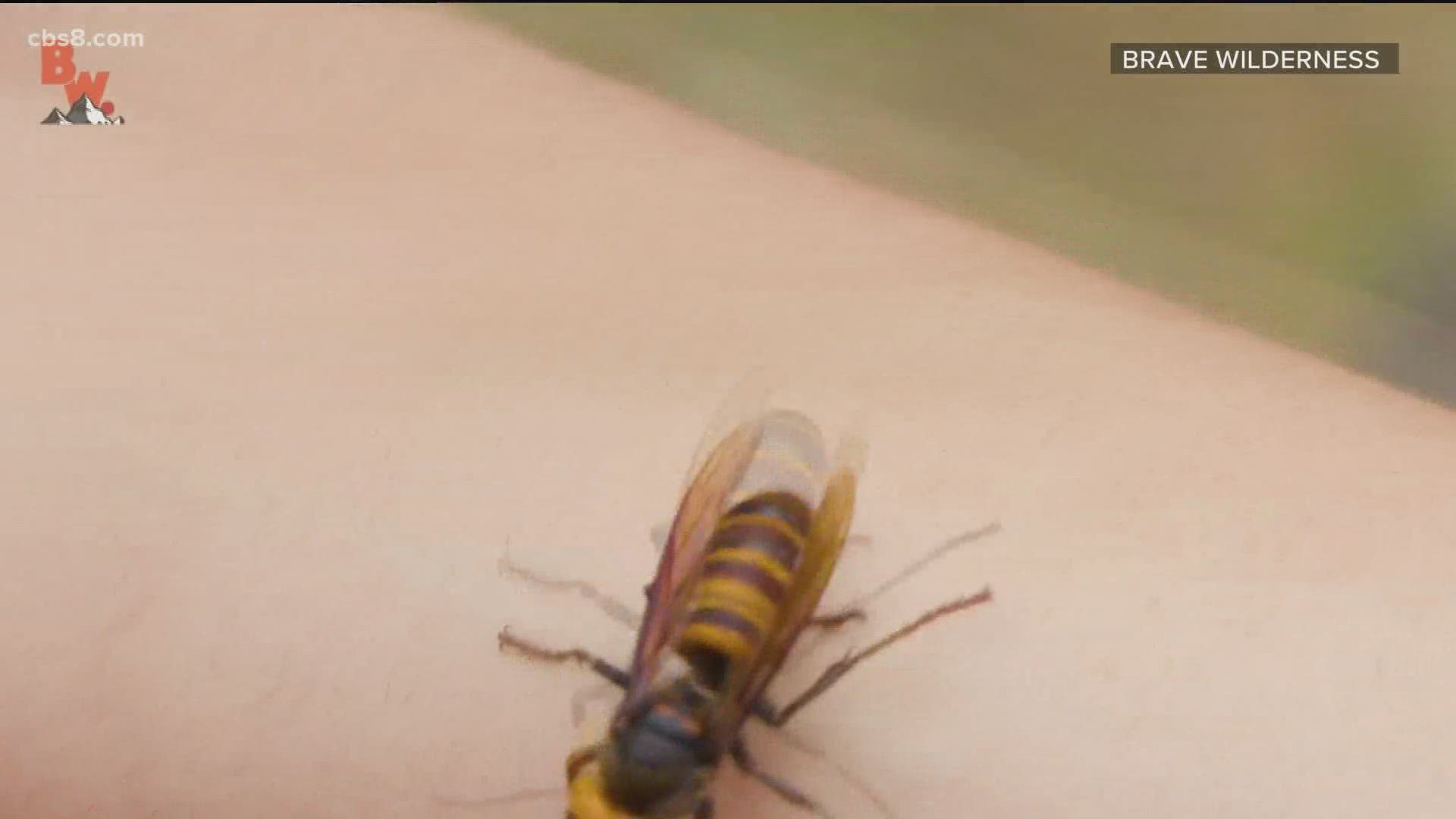 Its nickname is the “murder hornet” and it’s well-deserved. The Asian Giant Hornet can destroy an entire honeybee hive in a matter of minutes, leaving behind little more than decapitated remains.

The menacing creature is also the largest hornet in the world and, for the first time ever, it was recently spotted here in the U.S. – in Washington State. So now that they’re here, just how dangerous are Murder Hornets for humans?

Coyote Peterson knows firsthand. He’s a YouTube star known for letting poisonous insects attack him. Back in 2018, he captured a murder hornet in a Japanese wilderness area for one purpose - to let it sting him.

“Oh, the stinger is stuck in my arm,” Peterson screams in the video as the hornet attacks.

“How bad is it?,” his cameraman asks.

“Searing pain. Absolute searing pain,” Peterson said while rolling around on the ground.

“You got to describe it to us,” the cameraman presses.

“Ok. Ok. My hand is completely seized up and locked in place," said Peterson.

It's important to note that a single sting, while painful, is not deadly. However, every year, around 30 people in Japan die from being stung by multiple Asian Giant Hornets at once.

Peterson’s arm quickly had a huge welt around the bite. He said he was in extreme pain for seven hours and had swelling and discomfort for 36 hours.

“Everything about this creature screams 'run in the other direction!,'” Peterson said.

He called it the "most painful sting he'd ever experienced" - topping his previous pain leader, the bullet ant. If you’d like to see the entire video, or other animal’s sting Peterson, his YouTube channel is called Brave Wilderness:

RELATED: VERIFY: What 'murder hornets' are and what they're not