Researchers recently had a breakthrough in finding the specific mechanism behind the rapid melting of sea ice in the Arctic Ocean. 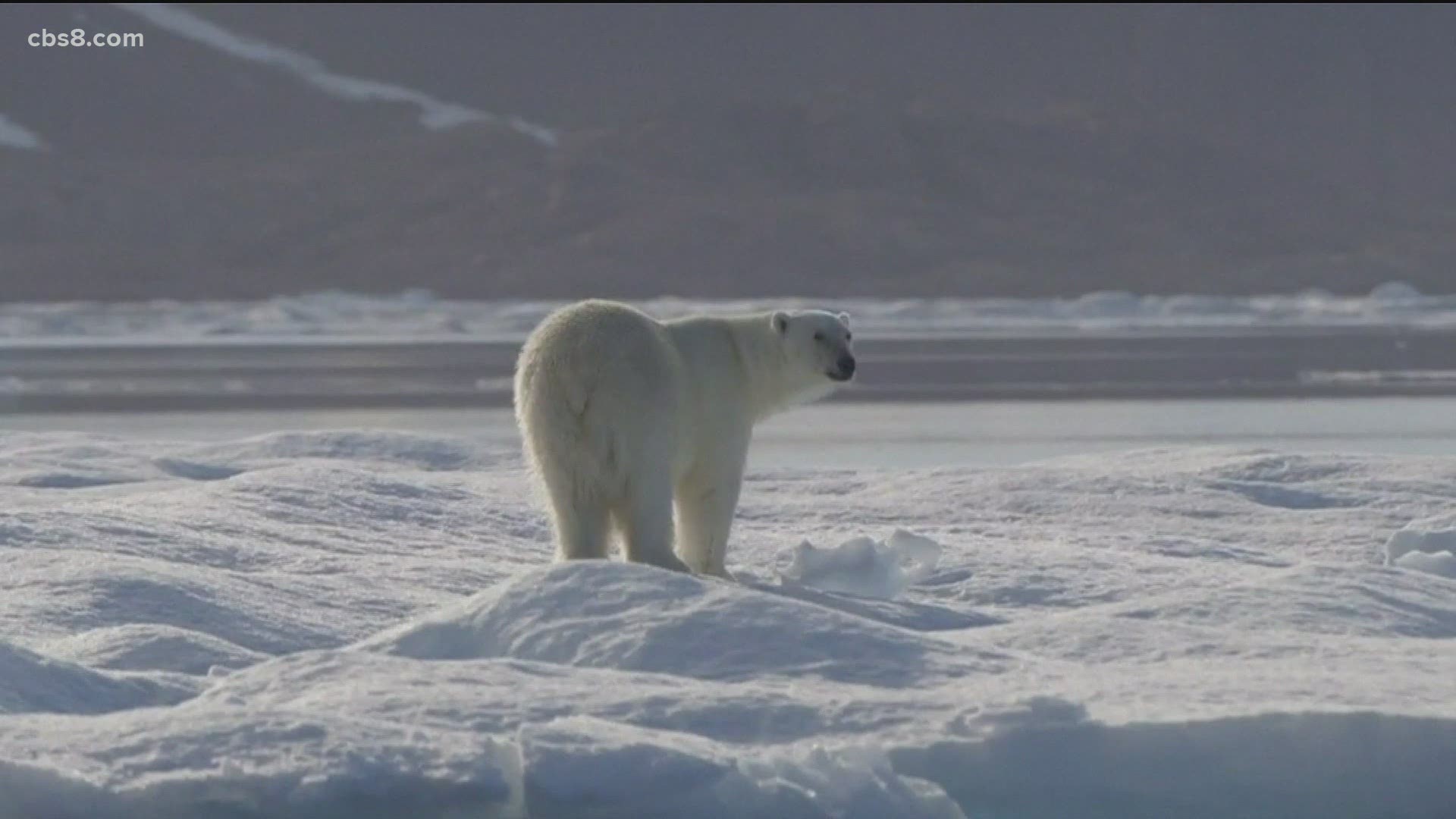 News 8 spoke with lead scientist Jennifer MacKinnon who lead Scripps Institution of Oceanography researchers and an international team to the Arctic Ocean for the study.

"Heat bomb" describes the pockets of warm water from the Pacific Ocean that are speeding up the melting of sea ice. When the warm, salty and dense Pacific Ocean water enters the area through the Bering Strait, it settles deep beneath the frozen surface.

The mixing of the different waters generates phytoplankton growth and creates a "heat bomb" melting the ice above. The exact mechanism causing the ice to melt so rapidly had previously been unknown.

These pockets of warm water can last for months and even years causing a circular current called "eddies" or "heat bombs" as they mix and interact with the surrounding water.

"The rate of accelerating sea ice melt in the Arctic has been hard to predict accurately, in part because of all of the complex local feedbacks between ice, ocean, and atmosphere; this work showcases the large role in warming that ocean water plays as part of those feedbacks," said Jennifer MacKinnon, a physical oceanographer at Scripps, chief scientist of the expedition, and lead author of the paper.

Credit: San Nguyen
Researchers deploy a Fast CTD developed at Scripps Oceanography during the 2018 SODA cruise in the Arctic Ocean

MacKinnon says Arctic sea ice could be gone by next year and only develop during the winter months.

Researchers specifically created tools for this mission and study at the Scripps Institution of Oceanography.

Combined with global warming this explains why the Arctic Ocean is one of the most rapidly changing environments. The issue of "heat bombs" is affecting marine life and wildlife in the area and affecting weather patterns around the world.

The trip and study were primarily funded by the Office of Naval Research.