It's the end of an era for NASA as the space agency transitions to relying on commercial partners in the U.S. to ferry astronauts to space. 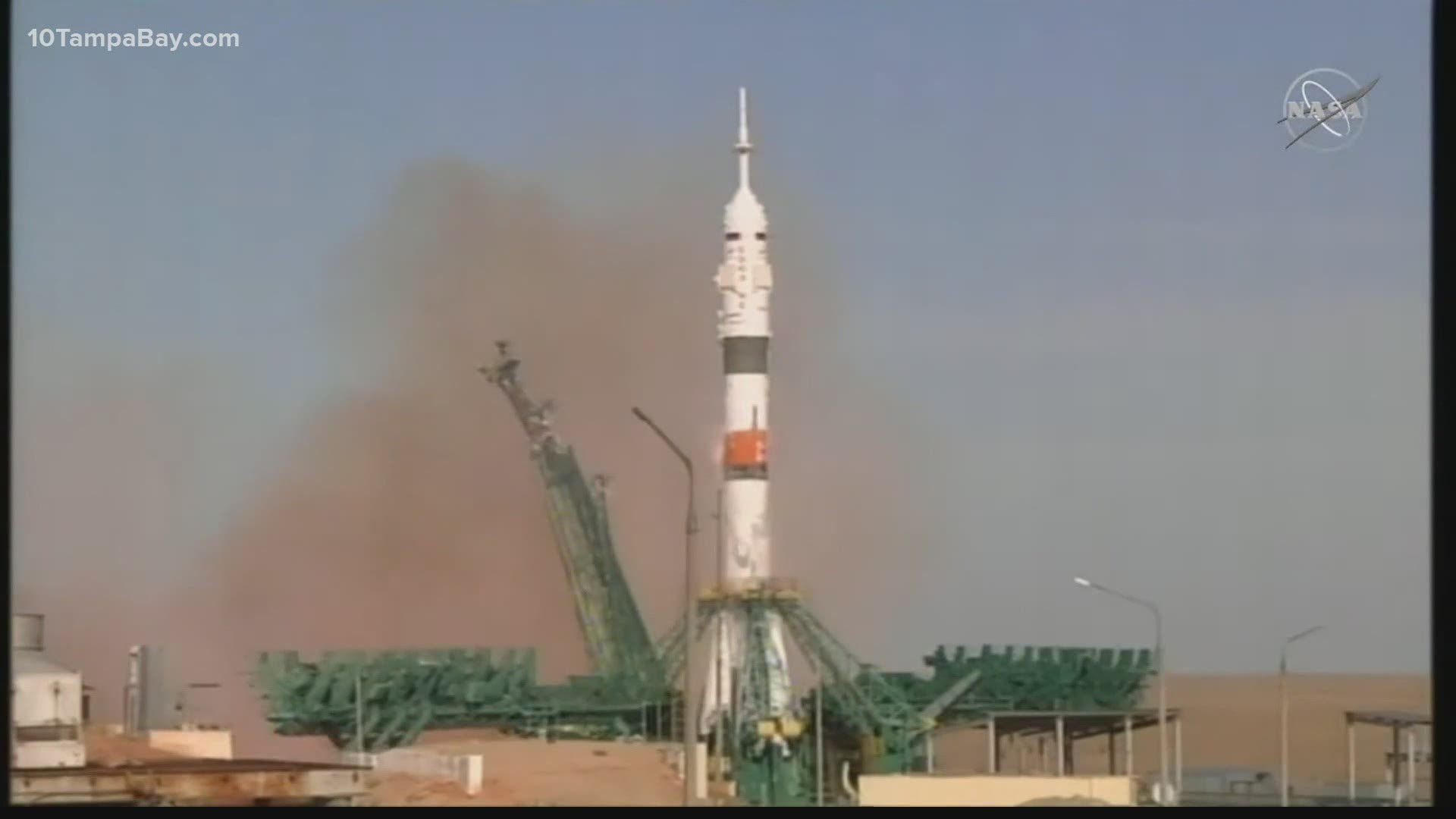 NASA’s Kate Rubins might be the last American astronaut to have had a paid seat aboard a Russian Soyuz spacecraft on a trip to the space station.

At 10:45 a.m. local time Wednesday, a Soyuz rocket blasted off from Baikonur Cosmodrome in Kazakhstan, carrying Rubins and cosmonaut Sergei Ryzhikov and Sergei Kud-Sverchkov to space. The three joined the other members on the International Space Station early Wednesday morning eastern time.

The flight to the space station only took three hours and three minutes -- a record express trip to the ISS. That’s quicker than a drive from Tampa to Jacksonville, Florida.

It was the last time NASA paid for an astronaut to fly with Roscosmos, but it might not be the last time an American flies aboard a Soyuz.

Welcome home! With the Soyuz hatch opened at 7:07am ET, the @Space_Station crew has doubled. Astronaut Kate Rubins and cosmonauts Sergey Ryzhikov and Sergey Kud-Sverchkov are now residents of our orbiting laboratory: https://t.co/6NJI6TvEGK pic.twitter.com/LglU99Jm0l

Since the end of the Space Shuttle program in 2011, NASA has relied on reliable Soyuz spacecraft to ferry astronauts to and from the space station. But, those seats come at a steep price for NASA and other international space partners.

NASA paid Roscosmos $90.3 million for Rubin’s spot. But, the space agency aims to make it the last such payment as it transitions to regularly-scheduled launches of SpaceX’s Dragon capsule and next year, Boeing’s Starliner.

Wednesday’s launch and docking with the ISS marked the end of an era but a start of a new one for NASA -- one focused on continuing to build upon commercial aerospace partnerships and the agency’s Space Launch System. The SLS rocket is a key vehicle of NASA’s Artemis program and its plans to return humans to the moon in 2024.

The first launch of American astronauts from U.S. soil in nine years happened in May with SpaceX’s Demo-2 launch of astronauts Bob Behnken and Doug Hurley. They blasted off to the space station aboard a Falcon 9 rocket from Florida and then splashed down off the state in early August.

The next Dragon launch is set for early to mid-November. Crew 1 consists of three NASA astronauts and one astronaut from JAXA, Japan’s space agency.

NASA still plans to fly astronauts on Soyuz craft in the future, but this will be based on a barter system rather than paying for seats. CBS News said the new system will be in case of emergencies, like illness, and to ensure there’s always at least one American and one Russian on the space station.