Both drivers were killed in the crash in Carlsbad and a passenger in the suspect’s vehicle was taken to the hospital with life threatening injuries. 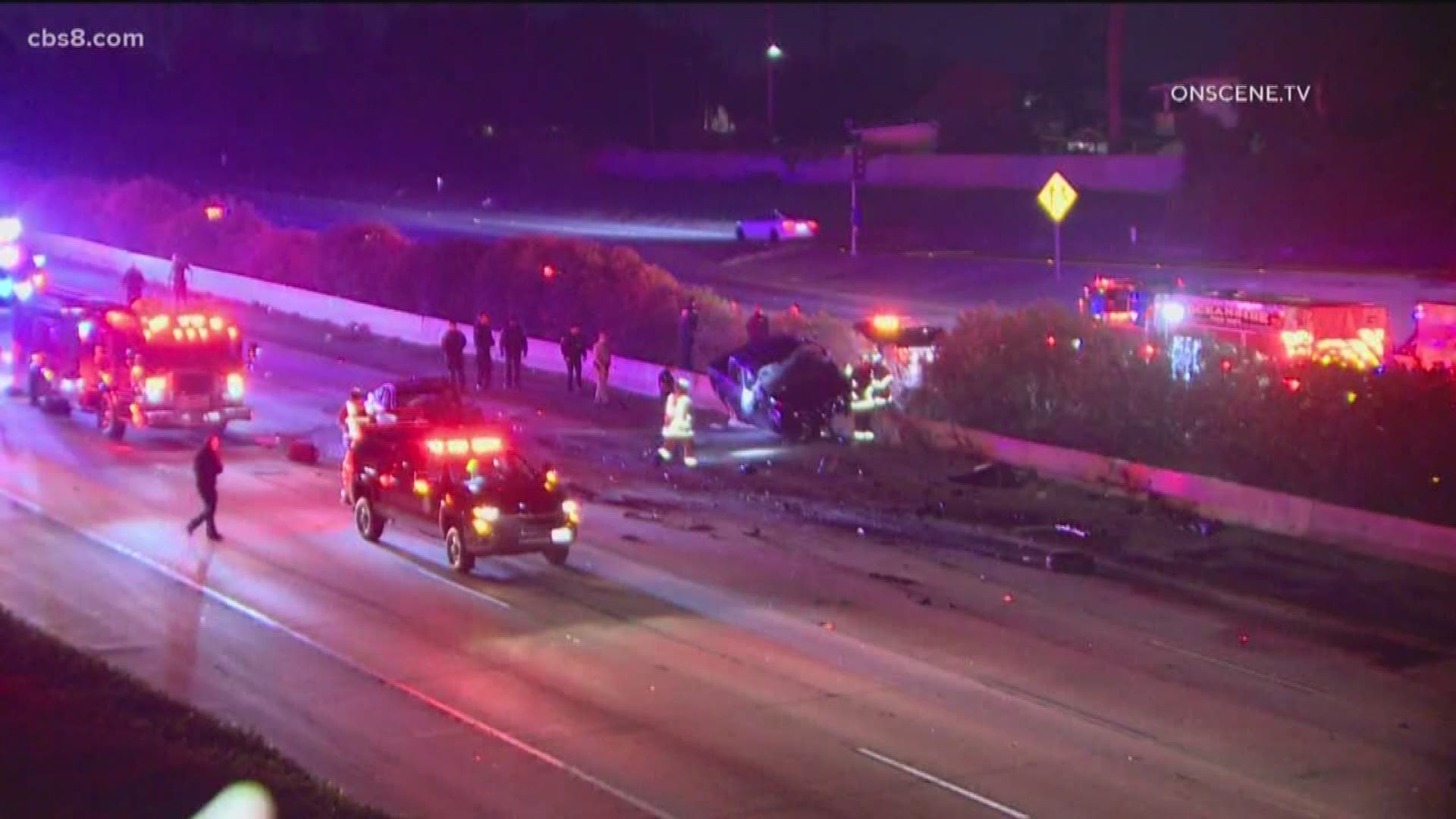 CARLSBAD, Calif. — Two people are dead after a driver, evading police, drove the wrong way and crashed on a North County freeway just after midnight Tuesday. One of the victims has been identified as a 19-year-old Marine based out of Camp Pendleton, according to the California Highway Patrol.

Oceanside Police tried to pull over a black pick up truck when they saw him speeding on North Coast Highway. When the truck pulled over and officers got out, the pickup took off.

"He was going so fast and the wrong way, we called it in as soon as we could. We were driving on the slow lane to merge on to the 78 when he came flying by in the fst lane coming in the wrong side going probably over 100," said Zach Leja, who witnessed the wrong-way crash.

The truck was driving south on southbound Interstate 5 for miles. Around Highway 78 the truck got off the freeway and then re-entered going the wrong way.

Minutes later, the truck slammed into a silver sedan that was being driven by the 19-year old from Utah. The accident happened on northbound Interstate 5 just south of Las Flores Drive. California Highway Patrol say the 19-year old who was killed was possibly a member of the military. Both drivers were killed in the crash. A passenger in the suspect's vehicle was uncooperative with police and refused to get out of the car. The passenger was eventually taken to a nearby hospital. It was not immediately clear if they will face any charges

Authorities shut down the northbound lanes for hours for their investigation. They reopened lanes shortly before 6 a.m.