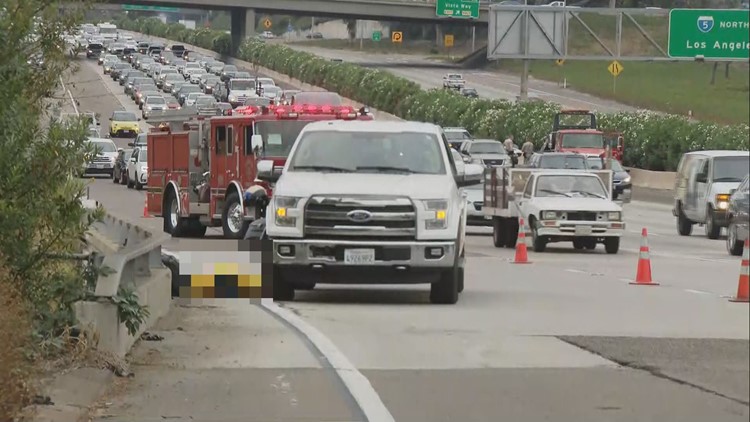 CARLSBAD, Calif. — A 19-year-old motorcyclist was killed on Wednesday morning in a morning rush-hour crash on Interstate 5 near Buena Vista Lagoon.

The South Carolina man was headed south when he lost control of his BMW motorcycle for unknown reasons and tumbled onto the roadway north of Jefferson Street in Carlsbad about 6:45 a.m., according to the California Highway Patrol.

He was then struck by an oncoming Ford F-150 pickup, suffering fatal injuries. The victim, whose name was withheld pending family notification, died at the scene, CHP public-affairs Officer Kevin Smale said.

The driver of the truck, a 42-year-old Oceanside woman, was unhurt.

The far right-hand southbound lane of I-5 was closed in the area for about 90 minutes due to the fatality.

The cause of the crash was under investigation, Smale said.